At the center of the earthly paradise is the Tree of Life. From its roots are born four rivers whose branches, according to St. John Damascene, are to be identified respectively with the rivers Nile (Gihon), Tigris (Hiddekel), Euphrates (Prath) and Ganges (Pison). No coincidence that the four lines along which some of the most important civilizations of antiquity evolved. 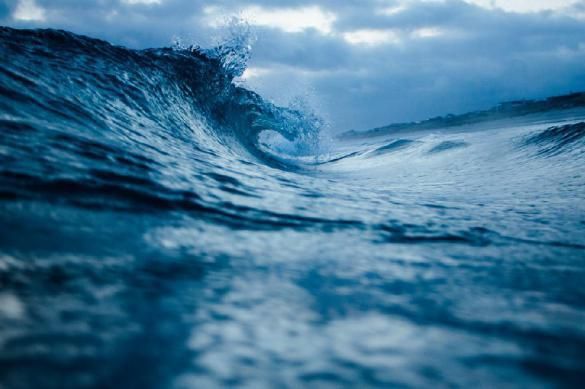 Geopolitics of water by Daniele Perra

The water of these rivers has a sacred value that exceeds the function of source and sustenance of life of which they are carriers. From the floods of the Nile, to which a divine character was attributed, depended on the prosperity or otherwise of the ancient Egyptian dynasties. And on an island of Lake Tana, at the source of the Blue Nile, it is said that it was kept, before its transfer to Axum (ancient spiritual center long disputed between Fascist Italy and Britain in the previous century), the Ark of the Covenant, given, according to the Ethiopian national poem The glory of Kings, from King Salomon to Menelik I, the son he had with the Queen of Sheba. And again in 2009, the then patriarch of the Ethiopian Orthodox Church of Coptic Rite, Abuna Paulos, said: Ethiopia is the throne of the Ark of the Covenant.

For those familiar with sacred geography, it will not be surprising to see the presence of profound archetypal reminiscences of the aforementioned subject in today's geopolitical dispute around the waters of the Nile. This river, which has a course of over 6000 km, with its tributaries, is a vital and cultural resource for at least 160 million people divided over ten different nations. International jurisprudence regarding the use of this resource is surprisingly limited. In 1929 a Treaty about the waters of the Nile was signed between the Kingdom of Egypt (formally independent) and Great Britain which recognized the country of the Pharaohs the exclusive right to exploit the resource with a small share to be allocated to Sudan. The 1959 Treaty between Egypt and Sudan touched this quota in favor of Khartoum (75% of the water to Egypt and 25% to Sudan) but continued to exclude the eight upstream countries from which the water comes. Nearly 85% of the Nile's waters come from Ethiopia.

Precisely Ethiopia was the main architect of the Cooperation Framework Agreement of 2010: an agreement made by the Nile Basin Initiative which, without the consent of Egypt and Sudan, has called into question the 1959 Treaty and the volume of water intended for Egypt. The renewed regional ambitions of Ethiopia do not derive exclusively from its proud nationalism or its imperial heritage. These are also born from the observation that the ever increasing rates of economic and demographic growth (the country, with a rate of 8.7%, ranked second in the world as economic growth in 2015) will require an ever-increasing need for water and energy at low cost to support industrial and agricultural development.

Already in the thirteenth and in the fourteenth century the Ethiopian emperors threatened to intervene to block the course of the Nile. Today, this perspective, long been feared by an Egypt that for centuries has considered the river as an exclusive and intractable property (just think that Mubarak during the entire course of his long presidency has never visited a country in sub-Saharan Africa ), is becoming a reality with the project of the Grand Ethiopian Renaissance Dam: a project capable of annihilating the famous Aswan dam of Nasserian memory in importance and scope and which is leading the region to the brink of the umpteenth armed conflict inherent the rights of exploitation of natural resources. The dam, whose construction site was inaugurated in 2013 (during the Morsi presidency in Egypt) and whose construction is protected by a no-fly zone over the surrounding area, was founded on the basis of a substantial Chinese funding associated with the Italian project by Salini-Impregilo. 1.8 km long and 155 m high, the dam will be the largest structure of its kind in Africa and will support what will be the largest power plant on the continent with a capacity of 6000 megawatts.

The project, despite the Ethiopian assurances, has naturally upset the Egyptian plans that continue, threatening also the military intervention, to consider inalienable their right to 55.5 billion cubic meters of water on the 88.8 that the river produces every year. For al-Sisi, water is a matter of national security. And Egypt, as he said, is able to protect his national security. A statement that sounds at least paradoxical if one considers that the Arab state, despite the proclamations and the grandiose projects of economic development (doubling of the Suez Canal and exploitation of the Zohr gas field), continues to remain a sort of Saudi economic protectorate: it's enought think of the transfer of sovereignty to the Saudis, obviously approved by Israel, of the islands of Tiran and Sanafir located at the entrance to the Gulf of Aqaba.

The arrogance with which Egypt seeks to prevent a real emancipation or the development of neighboring countries reminds us the Zionist geostrategy all directed to the exclusive possession of natural resources and the maintenance of neighbors in an eternal state of necessity and under the constant threat of retaliation. Consider the fact that recently, in defiance of any rule of international law and in total antithesis with what is the classic deterrence (threat to a potential enemy not to harm you on "your" territory), Israel has managed to threaten the Lebanon of attack in case it builds military infrastructures on its territory or if it exploits the resources of its territorial waters. In fact, even before it was born, the Zionist geopolitical strategy was based on the possession and control of the water resources of the region. It is not simply by religious feeling that the living space for the Jewish state designed by Theodor Herzl recalled the biblical verse:

The exclusive possession of water is the foundation of Israel's very existence. On it the Zionist entity was able to found the myth, however wholly questionable, of the desert transformed into a garden.

Thus, in the instant after the creation of the state, the first objective was the deviation of the river Jordan. Today, Jordan can only take 30% of this river's waters. And then, with the wars of aggression of 1967 and 1982 (Operation Peace in Galilee in southern Lebanon), Israel managed to seize all the major water resources of historic Palestine, including a good part of the Yarmouk River on Syrian heights of the Golan and part of the Litani River in southern Lebanon. At the same time, Zionist settlers from the West Bank, despite repeated UN convictions and failing to comply with the same conventions Israel is signatory to (above all the IV Geneva Convention of 1949 prohibiting the destruction of property in the occupied territories or the transfer of these to the occupying authorities), exploit water resources and prevent access to the Palestinians. Not to mention that the Israeli national water companies, Mekorot and Tahal, continue to extract water from the Palestinian wells and then resell it at increased price to the Palestinians, while the bills of the Zionist settlers remain at the expense of the World Zionist Organization.

Now, returning to the Nile game, it is important to underline that Sudan, so unpopular with the West, is playing a decisive role in it. After its exit from the coalition that attacks Yemen since 2015 and after renewing the diplomatic and commercial ties with Turkey (Egypt's sworn enemy), through the sale of the former Ottoman port of Suakim (an island close to Port Sudan and port with an ancient reputation as a crossroads between Asia and Africa), Sudan began to be represented in the Egyptian media as a nation that is conspiring against Egypt under the shadow of Turkey and, not to mention, of the Iran. In fact, the Sudan of Omar al-Bashir, thanks to the secession of the South imposed by the invading hand of the International Community, despite the parties in conflict had reached a historic agreement in Nairobi shortly before, has lost 50% of its oil resources and was forced to implement programs of profound economic diversification that, once again, affected the problem of exploitation of the waters of the Nile. And this time he could not help but align himself with the Ethiopian claims and firmly oppose the project of division into five parts of the country desired by the United States whose realization would be entrusted, according to al-Bashir, to Eritrea: a nation that has supported not a few terrorist groups in the region and in which Egypt and United Arab Emirates have deployed their troops.

The situation is deeply unstable and the recent meeting between al-Bashir and al-Sisi does not seem to have mitigated the tension despite the promise of new future meetings. Undoubtedly,  United States can not allow nations like Ethiopia and Sudan to become new pivots of multipolar order. The request to Russia to protect against North American aggression, accompanied by the offer of a military base on the Red Sea and a preferential channel for trade relations, sounds like a further threat to the thalassocratic control over the Eurasian rimland after the weary and unpopular role that the US is playing in the unsuccessful aggression of their Wahhabi allies in Yemen.

A country rich in natural resources, Sudan is a crucial junction between North Africa and sub-Saharan Africa. Two arrest warrants of the International Criminal Court are already hanging on the head of its president, unpopular to the West for its unprecedented union between nationalism and Islam. An institution to which 120 countries in the world belong but from which, not accidentally, USA and Israel look good from adhering to: two nations, war criminals in effect, who are in the front row in demanding the capture of al -Bashir. China, in spite of Western sanctions, has sensed the enormous potential of the country and has started the project for the construction of a railway that connects Port Sudan to the capital of Chad, N'Dajamena: a sort of African silk road that in the future could connect the west coast of the continent with the east coast.

The repositioning of Ethiopia in a perspective of opposition to the North American hegemonic design (already during the previous US administration prominent exponents of the Church had indicated in Barack Obama the incarnation of the Black Antichrist, sign of the times in the Ethiopian Coptic tradition) and the Sudan's approach to Russia and China are news in the geopolitical dynamics within the macro-region that includes the western shore of the Arabian peninsula, the Red Sea with the basic passages of Suez and Bab el-Mandeb and the northeastern band of Africa . In this context, the match of the Nile can mark a further turning towards the establishment of a real multipolar order.