Here we are... Insouciance rules the roost; maybe the entire world

Here we are... Insouciance rules the roost; maybe the entire world 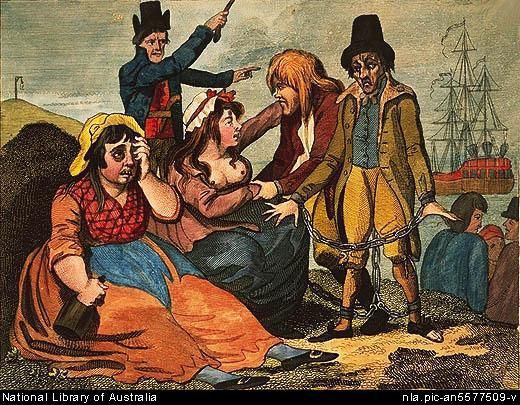 "THE thousand injuries of Fortunato I had borne as best I could, but when he ventured upon insult, I vowed revenge." Some of you recognize that famous line. It is from the renowned short story, 'The Cask of Amontillado', by literacy master, Edgar Allan Poe. Moreover, there is no better opening sentence than that one.

Poe is speaking through and perhaps sharing the perspective of the protagonist, Montresor. No, it is not me. This is about something bigger; much more profound. Before I get to that, if you allow me, I want to examine that sentence in more detail. Expound on the nuances. Whether, those are good... Alternatively, if they border on the bad side. Either way, their deeper meaning merits mine, and yours, undivided attention.

First, think about Poe's choice for a number: THE 'thousand'! Do not know about you, but a thousand 'hurts' could stretch for years, and perhaps decades. Which leads me to believe that it was deliberate, or, if you prefer, by literary design, if not genius. Not a single human could endure a handful of injuries, let alone a thousand. Simply put, that would be too much for any of us to bear. That is precisely Montresor's, er, Poe's point.

Second, those injuries require some further explanation; along the lines of a skillful sleuth, literary, or otherwise. What kind were those? On the serious scale how bad were those; and how much damage did they inflict? Ostensibly, but Heaven forbid, some were physical; maybe even to the corporeal members. Others would be the financial type: where the sting and fallout could be felt for years, and again, even decades. Still others, though nonetheless egregious would encompass moral obligations. Broken promises and going back, retreating from one's sworn word comes to mind.

What about the alleged and ventured upon insult? What would that encompass? What if this was done en passant, which only resulted in avoiding a pawn sacrifice, but performed in an unwitting manner? Does the context really manner? Perhaps, context meant little, or less, in the literary world of Poe and his contemporaries. However, in the real world, like today's society, especially in the modern body politik, taking such reckless action could escalate into something much more serious.

To wit, the parties involved might resort to conflict. Then, when push, came to shove, others, even innocent bystanders would be conjoined to the developing action. Without any clear-cut choices, on looking nations are quickly compelled to taking up arms. Suddenly, we all would be staring in the abyss, as World War III erupted. As the sound and terrifying sight of nuclear blasts go off globally.

To those of you whose eyes are open wide, and whose ears can readily hear, you probably know where I am going...

If you have not already gleaned the modern context, Russia, and more specifically, its President Vladimir Putin, takes the form of, Montresor, but not without exception. There is no doubt about this. The Russian Federation suffered countless injuries at the hands of Western Fortunatos. The physical onslaught as well as the financial fallout keeps coming. Why? Answer: because of Russia's alleged invasion of Ukraine and Crimea's subsequent accession, the Fortunato fortunate sons decided to punish her. Do not forget the Mistral affair. It was as egregious as any of the today's sanctions are. Now Syria and its ongoing struggles for sovereignty, is thrown in Russia's face. No, Sir. There is no shortage of blame by that shameful motley crew.

When/where did the two-faced, double-dealing Western Fortunatos venture upon insult. Get to that in a minute...

What is really troubling, despite the continuum of threats to Russia, where many in the Western Fortunato camp are clamoring for war over Syria, Russian President Vladimir Putin and to a lesser degree, Foreign Minister Sergei Lavrov, keep their diplomatic dialogue going along at a tepid temperature. Moreover, they keep referring to these scoundrels as 'their Western Partners'. That screams indifference. More so, it is a hallmark of insouciance. To the Fortunatos, it spells weakness. Ready to be exploited. By whatever means necessary Wish Russia's leaders would not continue along this harmful paradigm. Stop already! Do not allow insouciance to rule any longer. Seize the day. While there is still reason in the world.

On the contrary, Russia should take on the express form, along with the full armor and accompanied by all the wiles of a true Montresor. Use your tactical skills. Do not rest until you see your enemies, May, Macron, and Merkel cornered; with no avenue for escape. Then, with the resolve of a hanging judge, lock them up. Brick-by-brick. Seal the dungeon. To the extent, that escape is not possible. Without true repentance and meaningful contrition, Fortunatos, should never be allowed to see daylight. Nor, without a profound change of heart where they commit to the betterment of all of humanity should they ever again live amongst us peaceful beings. Oh ...

In re, who/what ventured upon insult; you already know the answer. C'mon. You really do.