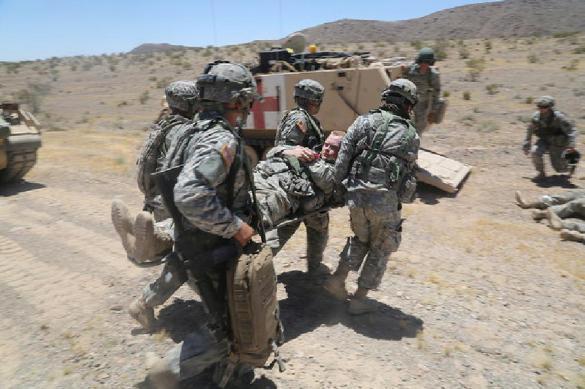 I like to believe in the integrity of the emergency services, the police, ambulance service and fire service risking their lives in war zones to help others

I like to believe in the integrity of the emergency services in any country. They are a large family, the type of person who works through vocation, risking their own lives to help others amd make sure that society functions. They are the same and hold the same values ot camaraderie whether they are from the USA, from the UK, France, Germany, Russia, China, Bangladesh or Syria. I am speaking about the Syrian emergency services. Not "White Helmets".

I have seen the Syrian emergency services working 24-hour shifts selflessly risking their own lives while they helped the Syrian Arab Army to rescue wounded civilians after horrendous attacks by western-backed terrorists or terrorist groups supported, aided, abetted, financed or armed and trained by the West or by their lackeys in the Middle East.

The Syrian Arab Army does not gas Syrian civilians. It combats foreign backed fighters, terrorists, aided, armed, abetted, trained or financed by the west and its lackeys, it does its best to fight for the integrity of its country as any other armed force would do when their State is attacked by marauding hordes of demons slicing the breasts off nuns and beheading them after raping them, impaling little boys on stakes, raping little girls before and after they were beheaded, after they were forced to watch their parents being tortured to death and before their heads were used as a soccer ball by jeering "freedom fighters".

Thank you Donald Trump, thank you Monsieur Macron, thank you Theresa May. Nice job. I bet you are really proud of yourselves, I hope you wake up this night and every night realising what you have done and hearing the screams of these victims YOUR FORCES have caused by interfering in the Syrian conflict on the wrong side (terrorists). Most Syrians want President Assad. Sleep on that tonight and hear the screams you have caused. Tonight, every night, each and every night and the more you try to block them the louder they will become.

What particularly rankles with me and what really gets my goat, is when emergency services personnel risking their lives to help others are attacked in cold blood by psychopathic killers. Those who attack the Syrian police, ambulance drivers and fire personnel are not the Syrian Arab Army, not the Russians, not the Iranians but yes the terrorists armed, aided, abetted, trained or financed by the West or its lackeys.

Therefore I tend to believe the side which is trying to save its country from these hordes of murderers acting with extreme cruelty, while their backers say nothing  except to accuse those trying to save lives risking their own... and I tend to believe the Syrian police, fire service and ambulance personnel because these are the ones putting their lives on the line and these are the ones Trump, Macron and May's darlings are targetting, only Trump, Macron and May do not have the collective values to admit what they are doing.

To accuse these people of being the bad guys, using chemical weapons when everyone knows that Syria has none, when everyone knows that the gossip in the region is that Western assets use Azerbaijan to ferry chemical weapons to Syria and to those operating in Syria, to be used to incriminate the Assad government and insult the emergency workers in Syria risking their lives saving lives, is beyond evil. The Azerbaijan link is so hackneyed there are volumes of evidence allegedly hidden away.

After Iraq, nobody believes a word Washington or London say and after Libya, France has added its say to the FUKUS Axis (France-UK-US). Accusing the Syrian Government of using chemical weapons which it does not have but which western assets or their backers do have and are using, and have used before, is a disgusting exercise in manipulation of the truth, a shitfaced lie, a dirty, underhanded trick of the type "Saddam has Weapons of Mass Destruction" and poses an immediate threat to the USA and its allies (yeah right) and proves that the West is ruled by a clique of barefaced liars, charlatans, guttersnipes, murderers, criminals and persons without any values at all.

We can only conclude that either Trump, Macron, May and friends are well-meaning and duped, or duped and incompetent, believing what they say is right or else something more sinister: they know they are lying, we know they are lying but they could not care less. The ultimate aim is to use whatever pretext to take out first Iran, then Russia and finally China, using the enormous resources of Iran, the even vaster resources of Russia and then the huge potential of China with its gigantic population, syphoning off the riches and creating vassal markets.

It is perfectly obvious that the Syria Arab Army would not use chemical weapons on an area already encircled and dominated. The use of chemical weaponry is a last resort for those losing a battle and this has happened time and time again when the Syrian Arab Army kicks the ass of the filth the west supports. These terrorists use the weaponry ferried to them to incriminate al-Assad.

Trump, Macron and May should hang their heads in shame for lying, for manipulating the truth and for warmongering tactics after supporting terrorists to destabilise a sovereign state to foster their evil geo-political desires. These are not countries, these are succubi of the Devil. And they are led by incubi.

Karma is a bitch. Watch this space.