The Skripal Affair under the microscope

Are we really sure that the former spy Skripal and his daughter were poisoned by the Russians? Let me advance more than one doubt by carefully examining the news released so far. The points that do not come back are these: 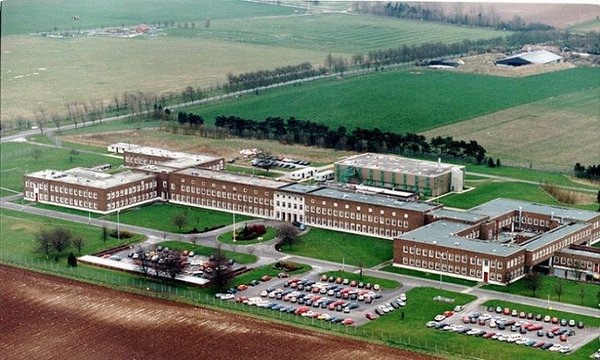 First. What is the reason? What is the interest for Putin? Let me explain: everyone recognizes the Russian president great sagacity in calibrating his moves. It excels both in strategy and in tactics. For some time we have known that the United States (which is driving Europe) is engaged in a Kremlin-consuming operation aimed at achieving a re-alignment on pro-American positions, which can be obtained with certainty only through a change of regime or with the Putin's exit. Since a colored revolt is unworkable, the scenario is to make the weight of sanctions and international isolation unsustainable, leading the Russian elites to rebel against the newly re-elected president.

In this context, every pretext is exploited to unnerve or weaken Putin. Knowing the final goal, we must ask: what was the interest of the Russian president to try to eliminate a former spy, however outside the games, resorting to the most spectacular of attempts at murder, the only one - after the story of polonium - the whole world would have attributed to the Kremlin? You will agree: it makes no sense. Diplomatically it would have been a suicide, because it would have offered the West the inspiration for a further anti-Russian campaign, which in fact promptly verified, until the last act, the coordinated expulsion of diplomats, to whom the Italy of the outgoing Gentiloni was queued though it could - and procedurally due - abstain. No, Putin is not a leader to make these mistakes.

And we come to the second point, which concerns the media noise and the fury of the accusations. Let us not forget that communication is a fundamental instrument in the context of asymmetric wars (among other things, it is the theme I have drawn in my last essay "The Sorcerers of the News - Act Second"). When media noise is deafening, unequivocal, exasperated, the possibilities are two: the evidence is incontrovertible (for example the Iraqi invasion of Kuwait) or not, but the accusation has an interest in exploiting them politically, which can only happen if the supreme sources. That is, the governments - affirm the same thing and with tones so uttered and absolute that they inhibit any critical reflection, under penalty of exposing themselves to the accusation of being "friends of the dictator Putin".

If we carefully analyze the statements of the British government, we note that the same premier Theresa May continue to say that "it is highly probable" that the attack was sponsored by the Kremlin. Highly probable does not mean sure, because to be sure it would be necessary to prove the origin of the gas, which is impossible in a short time. And in the joint statement released yesterday by the United States, Great Britain, France and Germany, it is reiterated that it is a "military-type nerve agent developed by Russia", which would be part of a group of gas known as Novichok conceived by the Soviets in the seventies. Nevertheless, developed does not mean made in Russia. If this verb has not been used - or a synonym, as fabricated - it means that the British experts themselves have no concrete evidence to support the thesis of Russian responsibility, which therefore should be considered as an investigative hypothesis. Not like a verdict. Even semantics, in highly emotional fragments like these, is indicative and should alert the press, which instead shows no hesitation.

Yet there are many reasons to be more cautious. Do we want to remember Saddam Hussein's weapons of mass destruction? But examples in recent times are not lacking. The accusatory hysteria of these hours recalls that of the "incontrovertible proofs" of 2013, according to which Assad had exterminated with the gas 1300 civilians, including many children. We later discovered that the rebels used the gas to provoke NATO intervention. Or, again in Syria, in 2017 when Amnesty International and the Department of State denounced the existence of a crematorium in which the rebels were burnt, a revelation that rightly indignant the world but that was denied after a couple of weeks by the American government itself.

Let me be clear: nobody knows who has attempted the life of Skripal and his daughter and no hypothesis can be ruled out. But the propaganda is really deafening and the precedents, as well as the experience, suggest greater caution. And a healthy skepticism: because Putin will be, for the big press, "bad" but certainly stupid is not.