An Easter lesson for the world

Reincarnation, resurrection and restitution - the messages of the Christian Easter, repeated in fertility festivals at this time of year for thousands of years 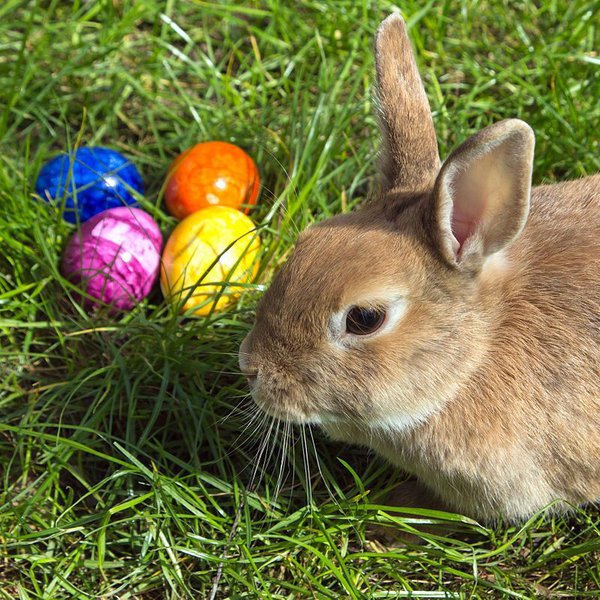 Eostre, or Ostara, was the Pagan Goddess of Dawn, the bringer of Light, daughter of Heaven, depicted in rock engravings as a fertility goddess with motifs of the egg (circular, no beginning or end, meaning eternity) and rabbits (fertility). So the resurrection is nothing new and is not confined to Christianity. The Babilonian vegetation God Tammuz was the incarnation of new life, and Judaism, Islam, Hinduism and Buddhism, among other faiths, all embrace the resurrection, new life and fresh hope.

Even in the most dire situations. And today, Planet Earth 2018, we live again another moment of darkness, of impending conflict, with hawks gathering in the dark skies above Washington, flying in warlike circles like vultures over a corpse which they shall pre-emptively create. London, the faithful Poodle, has whipped up anti-Russian hysteria among the sycophantic gaggle of grannies, Western Europe, eagerly joined by Eastern European countries with an endemic penchant towards Fascist tendencies.

This Easter, the Resurrected One is Yuliya Skripal, supposedly poisoned by the Russian State (according to London) by a military grade chemical agent which was deadly and which caused death within minutes and here she is four weeks later chatting to doctors. Why the British authorities refuse to give samples of the agent to Russia and why the British authorities refuse their obligations under international law to collaborate with the Russian authorities in investigating the attempted murder of a Russian citizen on British soil, gives rise to the notion that it was highly unlikely that Russia was involved, given that there is no plausible alternative explanation due to the reticence of the British authorities to comply with international law. What are they hiding?

Much has been said about Skripal's false retirement, since when he was in the UK he had multiple meetings with multiple persons from multiple States and allegedly knew too much about Washington's Russia dossier, or lack of it. Surprise, surprise. Er...can we have a look at those samples, again, please?

Notice in this piece I am not reacting in a knee-jerk reflex action, pointing my finger, naming names and saying "Hey! YOU did it!" because I do not have a shred of evidence to say so and common decency means you follow the precepts of due legal process, investigate properly, then you make a formal accusation in a proper forum of law in which the accused is supposedly innocent until proven guilty and even then has several rights of appeal. I follow these precepts because I am a balanced and civilized member of society and I have values and morals which I stick to through thick or thin. Can the same be said of the West?

So for every action, a reaction. I shall continue to tell the truth, I shall continue to stand up against lies and I refuse to admit a Western victory for Goebbels in repeating the lie until everyone perceives it as the truth. I do not, however, condone hatred and conflict, believing that the death of any human being is a tragedy, whoever they are. In this piece let us all celebrate the recovery of Yuliya Skripal and hope that her father also recovers, so that he can shed some light on this matter, a sentiment Moscow is also keen to express because his testimony will spill the beans on who really did it.

I believe in fresh hope, in restitution, in resurrection, in reincarnation; I believe in resets, I believe in shaking hands after a fight, I believe there is nothing more beautiful than two former foes becoming lasting and close friends. With Russia, I do not believe, I know, that this is possible; Russia is forgiving, shows resilience and patience and Russians are family-oriented people who love to read and play. With today's West, it is clearly impossible. They are snide, aggressive, lying, belligerent and for twenty years, they keep coming, prodding, provoking. They want to create an entity which justifies investment in the military-industrial complex which controls Parliaments, Congresses and Senates and ultimately, they want Siberia's resources.

So the onus is on the West to change. As a rule, God is Great, slays the Demon and Good triumphs over Evil, as the history book has shown us, time and time again. While the social media exists, there are millions of activists with a voice to shed the light from the rooftops across the globe. This light is the light of peace, a world in which we can all live as brothers and sisters around our common lake - the seas - in an unpolluted environment which respects indigenous peoples, cultures and traditions and the habitat of the animals we share our home with.

If people become politically active, and use the existing mechanisms to hold their representatives to account, holding them accountable for their decisions, and selecting them or deselecting them based on their position towards the promises they have made, then Government can be wrested away from the Lobbies who pull their strings and placed back in the hands of the people. All we have to do is place political benchmarks on the agenda and demand a minimum response in reply. It means we cannot sit on our backsides munching popcorn watching the Simpsons. We have to read, get informed, network. And act but always within the law.

We do not want conflict, we do not condone war, we do not agree with such a high level of military spending, we do not agree with confrontation, we want conciliation, we want the onus on education and development, on job creation, on safe food, on respect for the environment. Above all, we do not believe a word the Mainstream Media tells us and if we want the truth, we read the comments section below the article, we take the story, turn it upside down and inside out and then we reach the same conclusion as the comments. In a word, the Truth.

Whether 2018 brings a Resurrection in international relations, I have my doubts; but hope is the last thing to die.