The Olympic Winter Games are over, and we believe that the balance is quite positive for Korea. North and South have marched together in both the opening and closing ceremonies, they have trained and competed united, they have shown the Reunification flag, they have met at the highest level. 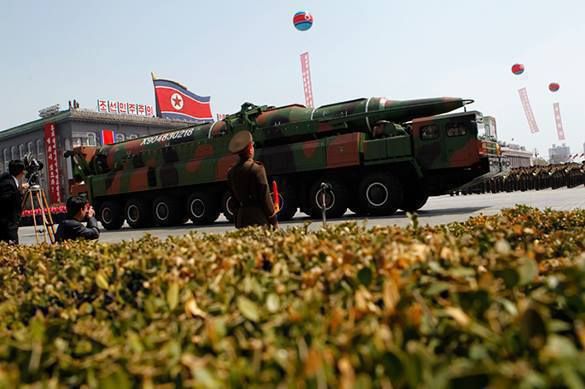 There have been, however, hostile and irresponsible attitudes on the part of some South Korean and US media and political parties that warned of a possible "communist propaganda invasion" by the Democratic People's Republic of Korea... As if it wasn't clear enough where the ideological, psychological and cultural invasion in the entire planet comes from! We only have to see the performances of the South Korean "boy bands".

The US has not waited to talk about resuming the joint military exercises in the Korean Peninsula, that is, going back to the usual, once the good feelings of the Olympics has passed; for them, that about sports being values of solidarity between nations means nothing. Sports mean many medals.

But for the DPRK, it has been a real victory, the advance on the road to peace.

The DPRK proposed a direct dialogue with the US, something that would even be the solution of the Korean problem in the eyes, for example, of the People's Republic of China (in recent words of their Foreign Minister). The US accepted, but just before the meeting (which was to take place in South Korea), they declared that human rights are not ensured in the DPRK and that more sanctions must be imposed. The meeting was considered canceled.

The United States has not been able to endure feeling outside of a conflict in the international arena, they have childishly felt what really happens: no one can stand them anymore. Nobody likes them.

But there has been also a historical fact: the US has imposed sanctions on the DPRK at a time of total distension, approach, dialogue and peaceful attitude between the two Koreas. The DPRK has done absolutely nothing, other than dealing with the issue face-to-face with Korean compatriots.

They have been the toughest sanctions in the conflict's history, Donald Trump himself has assured it, adding that these sanctions "hope to reap their fruits"... Well, we already know what the "fruits" of US "diplomacy" are: people dying.

No matter what the DPRK does or does not: the brutal sanctions and the violent blockade come quietly, for no apparent reason. Perhaps the same thing would have happened if the DPRK had tested some kind of defensive weaponry. It is something, therefore, to take into account.

The anti-imperialists of the world should take note of all this, identify where the danger comes from, know what the real threat is, and defend together the progressive peoples of the planet who fight for independence and socialism. This is our historical task.