The West must take the blame for Syria

The West likes to come across as squeaky clean, holier and more righteous than the rest. The reality is that the more the veneer cracks, the worse the stench. 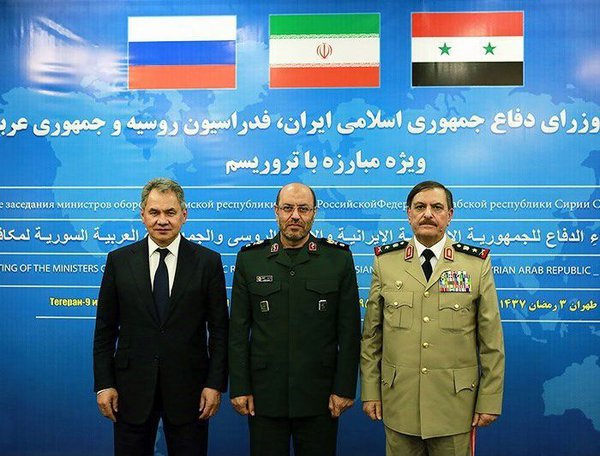 That the West interferes in sovereign countries is an undeniable fact. From the times of imperialism and colonialism we have seen countries invaded, entire populations massacred, sold into slavery, their societies turned upside down as one group was elevated into a false position of power to create a divide and rule mechanism, millions carted off in deplorable conditions to be forced to work as slaves on Western farms in the Americas or to serve in the kitchens of Western palaces..

Numerous attempts were tried before and after Westphalia to establish frontiers and create conditions for sustainable development, first inside Europe then in the territories overseas which it had contaminated through the Bible and the Bullet approach to shooting when you see the whites of their eyes. None of these policies worked because the West behaves like a slippery fry of eels, slithering in all directions spreading its slime far and wide. In recent history, we have seen the example of Afghanistan, where Mujaheddin fighters were trained and armed to destroy the progressive governments building schools and protecting women's rights, we saw what happened then they interfered in the Balkans, when they carved off a narco-quasi-state in Kosovo, when they invaded Afghanistan, when they destroyed Iraq, and Libya, two countries totally out of control, crawling with terrorists.

And now before we start on Syria let us spare a thought for yet another country where going out to buy a loaf of bread in the morning and returning alive, is in itself a miracle in some areas. And for those who point the finger at the legal government of Syria and its ally, the Russian Federation, conducting an anti-terrorist operation, firstly show some respect for the victims and secondly how dare you accuse a government of fighting back against terrorists and how dare you accuse Russia of causing unnecessary victims when the filth they are fighting has been supported by Western interests aiming to overthrow a legally instituted government which enjoys the support of well over half the population of the country.

What is President Assad supposed to do? Resign and leave office, when he  has the support of his people? Walk away just because the West backed terrorist groups as it did in Libya, which subsequently destroyed the country and left the State with the highest Human Development Index in Africa destitute and divided? Nod his head obediently because some Western pig in an office said Assad must go? And as for Russia, who was it that splintered Syria into multiple armed groups with their own agendas? Was it Russia? Was it President Assad? Or was it the West, namely the same three, the FUKUS Axis (France-UK-US) and its bedpals in the Middle East, the GCC (Gulf Cooperation Council) using Syria as a game board for some geo-political game? And to hell with the population, to hell with the children, manipulated and used as pawns by the evil Western media parading them on camera screaming with powerful headlines about the "Syrian regime"?

What about the women and children, the Syrian women and children, going about their lives, murdered by the terrorists? What about the recent mortar attack by terrorists in Eastern Ghouta fired at a group of children playing in the street? Where was this story in the Western media? Where was the video on Western television? Where were the photographs in the Western newspapers? Where was the story of the Christian nuns gang-raped and disembowelled by Western-backed terrorists? Where were the stories of little girls raped before and after they were beheadedf by Western-backed terrorists, and after being forced to watch their parents being tortured to death? Where are these stories, in the same organs of communication which blame the Armed Forces of the country and its emergency services risking their lives to fight back against the marauding hordes of savages unleashed by Washington and its chihuahuas?

So if some other country backed an independence movement in Cornwall or Brittany or Louisiana or Lakota, trained thousands of them, gave them automatic rweapons, opened the prisons and mental hospitals of every shithole in the Middle East and God alone knows where and told them that anything is fair game? And what if the forces arming these lunatics were to say Trump must go, May must go, Macron must go? Supposedly, following their own examples, they would simply leave office and not fight back? They would watch their ambulance drivers being shot at, they would watch their police officers being murdered, they would watch their fire service being strafed with machine-gun fire? They would tell their army to lay down arms? Or would they fight back? They make a pretty good job of murdering civilians overseas, in Iraq, in Libya, in Afghanistan, in Syria, in Serbia... so pointing the finger is more than a tad hypocritical, is it not?

Once again let us not forget the tragedy which is the loss of a human life and let us not forget that the tragedy is even greater when women and children are caught up in the firefight. But let us blame and point the finger at those who started the problem by arming and abetting terrorists and setting them loose in Syria, not the ones saving lives by fighting back. One's heart goes out to the citizens of Eastern Ghouta whose territory is occupied by this terrorist scourge, and who do not support them. For those that do, what do they expect? A tickling with a feather duster and a Christmas gift?

So in conclusion, shame on those who started the problem, lost the thread and now blame Putin and Assad when all they are doing is try to clean up another Western mess.

Food for thought? And onwards they march, to this day, claiming to be the righteous, the high and the mighty.