Who is Ksenia Sobchak?

Who is Ksenia Sobchak? 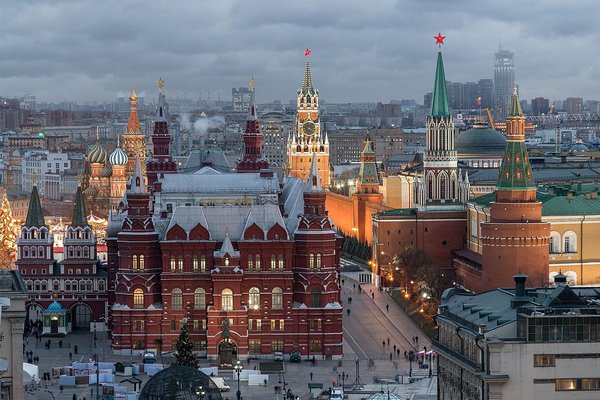 Ksenia Sobchack is a long time foreign agent who is dreaming of taking the wheel from the President of the Russian Federation, Vladimir Putin in 2018 and letting the liberal anarchy, which she represents, to rule this huge country with multiple nations.

To begin with, Ksenia was born into a prominent Soviet family. Her father, Anatoly, was Mayor of St. Petersburg from 1991 to 1996. He was falsely accused of corruption and fled in 1997 to Paris, France. Putin personally rehabilitated Ksenia Sobchak's father and restored his honor and reputation as an honest man, since Putin began working under Mayor Sobchak and greeted him as his teacher.

Putin always respected Sobchak's political agenda. In June 1999, Putin grew stronger politically and soon became Prime Minister of Russia. As Prime Minister he was able to make the prosecutors drop the charges against Anatoly Sobchak. Then on June 12, 1999, Sobchak returned to Russia. After his return, Sobchak turned into a very active supporter of Putin's quest for the Russian presidency.

Putin officially christened Ksenia Sobchak when she was a child, becoming her Godfather. That's a fact!

Unfortunately, Anatoly Sobchak died in 2000. Putin had already had a few assassination attempts on his life and was warned not to appear at the funeral ceremony for his own safety. That didn't stop the enthusiastic black belt master of Dzudo. Putin along with Lyudmila Nasurova, the wife of his close friend and her daughter, Ksenia Sobchak, brought flowers and his condolences to the family he was so attached to.

After that, she suddenly changed her views and joined the opposition party against Putin. She became a political journalist for the TV show Dogd, which translates as Rain. Mainly she interviewed celebrities enticing them to talk about Putin and seek controversies regarding hm.

Her credo was apparently about the rights of free speech. Ironically, if not for these rights, her interviews would never have seen the light of day. She spread her propaganda, getting paid by Washington, where she was a frequent guest.

When the Kremlin blacklist appeared, she was ready to respond to it in English. Did her readers, the Twitter followers understand English? Was it a sign to the West that she was ready to act?

Here is the copy of her partial announcement. A day later she switched it to Russian. I'm glad I caught this with a screenshot, before she removed it. This is her partial text.

"Due to the actions of the authorities, relations between states have deteriorated, people activists, and the opposition must take matters into their hands. I finally decided to confirm my arrangements for a trip to America - not to sit on formal receptions, but to meet with people and representatives of power. "

A night prior to the Kremlin list publication, she boasted to the host of the show, Vladimir Posner, that she was invited by the U.S. to meet with US Senators! What for? To enrich the Kremlin list with more names to be sanctioned! Did the U.S. seriously think she would win the elections in March 2018? She is a publicity and money hungry propagandist, but there will never be President Sobchak in Russia as long as Russia exists! The nation knows she is no good for the country that suffered two great wars. The people of Russia need a strong leader, not the one who is shaking the country within.

Recently, I found out that Alexander Fedotov who runs the Russian version of the U.S. magazine, Forbes announced that he is ready to sponsor Sobchak's campaign. Who else? An American Senator or Representative or, perhaps, Victoria Nuland? Who is meddling with the Russian election?

Trump has just released the dossier memo fabricated by the former British spy, Christopher Steele, dossier memo. The dossier was paid by Hillary Clinton's foundation. It clearly proved Russia didn't participate in the U.S. elections, but Britain did.

Apparently another dossier was produced by former Clinton clan henchman Cody Shearer who is also putting together collusion propaganda.

So, who is meddling with every elected government?  You know the answer. I don't need to spell it out.