Theresa May: Political confidence and the double-edged sword

The pendulum called confidence works hand-in-hand with the cogwheel of competence, a finely-tuned clock ticking away marking the time while the wheels of government turn and society moves forward. Or back. True, there have been numerous incidents of attacks on politicians in the recent history of the UK, indeed one murder and countless episodes of spitting, swearing and the hurling of insults and obscenities. So Big Theresa says, Hey! Cut it out! 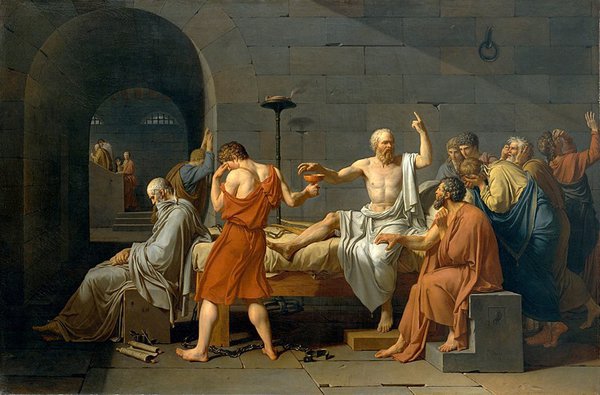 Yet however unacceptable these episodes are, and however deplorable acts of violence may be, the question arises what do we get for our trust in politicians these days and what can we expect from them? In the private sector, or the real workd, you do not last long if you are incompetent. You get sacked - in Medieval times acts of incompetence involved being tied in a sack and dragged along the perimeter of the property, entailing at the very least broken limbs and perhaps the loss of life (sacked); in earlier times, the house of the culprit was set on fire (fired).

Not so for politicians and let us examine what they have contributed as a workforce over the last few decades in the United Kingdom. They are supposed to be managing the country, identifying future risks and steering society away from them, making people's lives easier and more pleasant. So let us take a look.

The second you arrive at Heathrow or Gatwick airport you are met by queues of people miles long waiting to get their passports stamped. If you get the train from Gatwick to London you encounter filthy stations looking and smelling as if a herd of pigs with double incontinence has just passed through, complete with filthy graffiti scrawled onto the walls in excrement, the train ankle-deep in filth and enlightening phrases such as "Sarah shits" written on the windows.

The locals are terrified to go out of their homes after dark for fear of being "kicked in" by marauding gangs of hoodies who seem to have taken over the streets at night-time and who seem to have taken over the shopping malls during the daytime. Try and use the toilets and you will encounter a drug addict shooting up, try and go shopping and you will see the security guard being accosted by a group of feral children biting him, spitting at him, swearing at him, hitting him, kicking him just because they were prevented from thieving.

It appears nobody speaks an intelligible English any more, the letter T has gone, replaced by the glottal stop creating the word "bo'ew" instead of "bottle", the vowel sounds have changed, as vowel sounds do over time, after all the English spoken in the USA today is the accepted English spoken in Britain two hundred years ago, when "last" was pronounced like "ass" and the letter R was pronounced at the beginning and end of words, as in the American version. But how did "Thank you sir" become "Ta, moi'!"? (Ta mate) and how did "Don't mention it" when replying to "Thank you" become "No problem" as if helping someone entailed a problem in the first place?

I see it is practically impossible to get on the housing ladder, I see it is even more difficult to keep a house because job security has disappeared, the society has not been prepared for the digital age and the education system, belching forth generations of semi-literates who cannot count, read, write or speak properly, do not know their times tables and who think mental arithmetic is something they do in the nuthouse, is totally out of kilter with the workplace and the job market.

Accident and Emergency services have scrapped the issuing of waiting times because they are meaningless yet the National Health Service claims to be the best in the world. "How old are you? 16? Oh my God we were going to take your kidney out. What are you in for, a snakebite? Oh you were lucky weren't you?" "Yes but Mr. Tomkins, do you know how much you are costing the NHS?"

Electricity prices, gas prices, council tax prices have skyrocketed and the local shopkeeper has disappeared. Britain has morphed into a corporatist society where large companies basically do what they like, destroying jobs and livelihoods with impunity. Gone is the baker, gone is the butcher, gone is the greengrocer, gone is the fishmonger and in comes the Big Space. The village then becomes a trash heap as paper from Fast Food outlets lies strewn across the green and drug addicts roam around the cricket ground after six p.m., menacingly.

But let us not be too hard on ther Brits and single them out, for things are no worse there than in a lot of other countries - this disease is consuming the planet. So the point is, what are the politicians doing about it, as a class? Better in Russia, perhaps, because the chaos following the change from the social system to the market system has been adjusted and addressed under Vladimir Putin, the best thing to happen to Russia in its recent history. The West may select some outsider who would anyway lose his deposit as the Leader of the Opposition but those like me who know what they are talking about, know Russia and speak with Russians, consider the Leader of the Opposition as the second most voted party leader, in this case being the Communist Party, after Putin's United Russia, which will win next month's Presidential election by a vast majority. Third behind the Communists might come some insignificant figure from the fringes of Russian society and western-backed individuals way back in the sewer of Russian politics.

Are our oceans any cleaner? Is our space any cleaner? Is our air any better? Do animals live in secure habitats or are we cutting down forests to plant coconut palms and see orang-utangs "fired" out of their homes? Are we any safer? Is the world any more secure? Can we get off an airplane anywhere without a care in the world? Have we solved the problem with drugs and street violence and arms trafficking? Do we have jobs and homes as a birthright? Or are there ex-politicians and military leaders strutting around with their heads held high after conducting illegal murderous campaigns in sovereign countries, killing hundreds of thousands of innocent people, and acting as if nothing had happened?