Haley and Tillerson: Guttersnipe diplomacy of the worst kind

A diplomat is supposed to be affable, likeable, polite, educated, intelligent, resourceful, witty, and in a single word, diplomatic. Now Rex The Riddler Tillerson and one Nimrata "Nikki"? Randhawa The Joker Haley are none of these. The United States of America has handed over its diplomatic dossier to two of the rudest, cheapest guttersnipes the international community has had to stomach in the history of international relations. In behaving as they do, they are an insult to the USA and its people, a blemish on the image of their country. 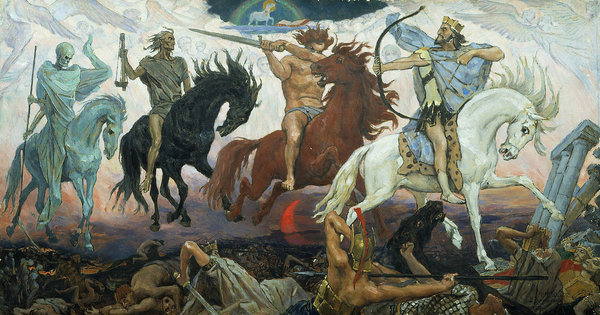 In fact, the USA had handed over its diplomatic dossier to the diplomatic equivalent of The Riddler and The Joker, two shady figures from the Gotham City underground, wholly incompetent for the positions they hold and by the day insulting the Founding Fathers of the United States of America, shaming the American people who they are supposed to represent with more class and in the words of Bush, G.W., "stiffing" the international community.

And so, are not Rex Tillerson and Nimrata "Nikki" Randhawa, ladies and gentlemen, by their demeanour and behaviour, insolence and crimes of slander, in this way traitors to the USA, since they sully the name of their country and ridicule its flag?

Rex Tillerson and Nimrata "Nikki" Randhawa Haley obviously will not feel a shred of embarrassment. Why, they have merely regurgitated nonsense, filth and smut, slanderously accusing Russia of being in on the Syrian chemical attacks which they mindlessly attribute to the Assad Government (they call it a regime) without a shred of evidence. They lie through their teeth like the cheap guttersnipes they are.

So Tillerson and Randhawa Haley, put up or shut up. I demand that you both present to the media, within 48 hours, hard evidence of your accusations and a copy of this article will be sent to the UNSC and to the US State Department, or else in plain Internet English, STFU. Do you hear? I said, and I repeat, STFU!Who the HELL do you think you are, insolent upstarts!? Accusing Russia of being complicit in an alleged gas attack without bothering to investigate which side carried it out is like accusing an innocent person of being a serial rapist, or a murderer, without even a single piece of evidence. A witch hunt, more befitting Medieval times than the modern globalized world, raising the question as to whether the USA has any diplomats at all and if so then why does it insist on producing females with too many male hormones for the UNSC and oafs as Secretaries of State. If Washington knew how the international community refers to Tillerson and Haley behind their backs, they would be ashamed.

Civilized countries have something called laws, civilized people have something called etiquette, or manners, or morals. Tillerson and Randhawa Haley have none, and like the cowboys in the history of their (adopted) country slaughtering Native Americans, callously carry on regardless, reiterating the same insults, slinging the same slurs. Does anyone really think that by sitting in the UN Security Council with a sneer on her face, arms folded, throwing out lies and insults, then leaving before anyone can answer, Haley is doing a service to the USA? I would say it is a study in a temper tantrum from a spoilt, over-promoted brat.

Two things. Firstly the utter predictability of the chain of events which has happened time and time again and it runs something like this. On the eve of an international conference, western backed agents knowingly give the nod for chemical weapons to be used by shadowy groups loosely called The Opposition in Syria, chemical weapons which have been smuggled into the country over its porous border with NATO chihuahua, Turkey. Then lo and behold we have TV footage of people lying on floors, some foaming at the mouth, sometimes looking like the actual sputum caused by chemical weapons, more or less, sometimes looking like shaving foam, on one occasion three meters away from a giggling bunch of terrorists hiding behind the camera receiving the thumbs up sign from a "victim" whose right arm was off camera, smirking as soon as the camera left.

And then we have pictures of screaming kids, sometimes dead, often twenty-hours after they have been kidnapped by The Opposition, oh sorry I forgot to describe what The Opposition is. The Opposition are the same ones who rape nuns, cut the heart out of soldiers and eat them, murder policemenand women, murder fire service operatives, murder ambulance drivers, rape little girls before and after they are beheaded, and after being forced to see their parents being tortured to death,sodomize little boys before cutting their heads off and using the head as a soccer ball, braying in delight as they shoot it around an improvized field. Nice people. So we can say to the US Secretary of State and the US Ambassador to the UN, show us your friends and we will tell you who you are. Or what you are.

And then the next day we have The Riddler and The Joker not only blaming the Syrian Government but also accusing Russia of complicity. Ridiculous? Yes but what do you expect? As I have said before, Tillerson and Haley are as competent for their positions as a rapist in a convent or a serial pedophile as the doctor of the women's gymnastics team. Not of Russia.

And secondly, some questions.

Did Russia carry out a twin atomic terrorist attack against Japanese civilians, including babies, after Japan had agreed to the same conditions that it signed in the document ending hostilities? Did Russia strafe kids with napalm in Vietnam? Did Russia murder millions of people across the globe in medical trials, wars, insurrections and conflicts, supporting dictators and perpetrating human rights outrages? Did Russia insult the UNO by attacking Iraq without any evidence and based on lies? Did Russia commit a mission creep in Libya, siding with terrorists and involving itself in the internal affairs of a sovereign state? Did Russia enter Syria without the consent of the Syrian Government? Did Russian officials have dinner with high level operatives of ISIS? Did Russia arm ISIS? Did Russian allies finance, train, aid and abet ISIS?

Did Syrian Government forces use chemical weapons in areas crawling with their own troops and supporters, many times? Was it Russia or the USA who brokered the deal getting rid of Syria's chemical weapons? Has the USA not stated clearly before that Syria indeed no longer had chemical weapons and admitted they had complied with the provisions to remove them, Russian provisions, signed by all sides?

Kind of makes Rex Tillerson and Ramhata Haley look like two lowlife, foul-mouthed fools, does it not? So why does the USA allow this duo to insult its nation by heading its diplomacy? Their continuation in office is a shame for the country, an insult to the citizens of the USA and a fetid stench on the table of the international family. They are as welcome as a dead rat lying beside the turkey on Thanksgiving Day.