Our social and economic system under the microscope

Another human tragedy, this time in California, brings the media circus into town, where in this case the authorities have been quick to shelter the identities of the thirteen children held in deplorable conditions by two people who were not fit to be parents. An exception to the rule, certainly but also food for thought. 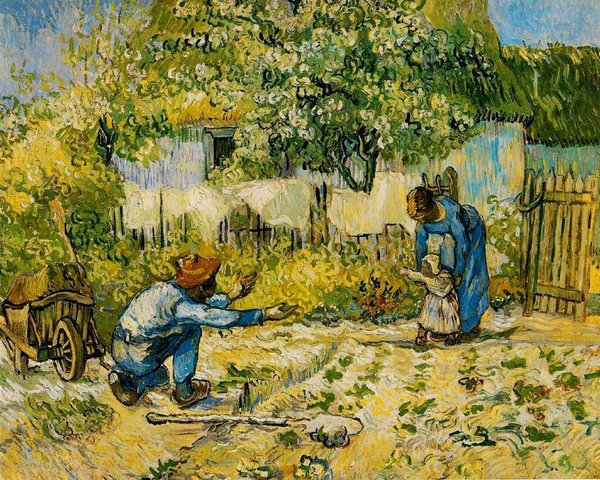 Without going into details, everyone knows about the case I am referring to, where thirteen children were held practically as hostages, physically and emotionally abused and God alone knows what else, by two people who were not fit to be parents. It is another human tragedy, this time in California but repeated around the world in countless homes which do not garner the media spotlight.

How things got to this level, defies logic. As a parent your natural tendencies are to protect your child and give it a happy home, looking after it, making its life interesting and pleasant and opening as many windows as you can for the child to grow up balanced, happy and if possible, successful in her/his chosen field of activity. You never stop caring for the child even when (s)he has grown up and left the home, and started her/his own family. Not in this case. Something went terribly wrong and the cycle was repeated time and time again.

We do not yet know the fine-print of the story but very often these are behavioral cycles which were experienced by one or both parents and then repeated with the first child and then each and every child, or else are exponential counter-reactions to personal insecurities which create cycles of behavior. Who knows what traumas these children suffered and whether they themselves will ever be able to get over their experience and have a balanced and happy life? Or was it a case of post-pueriperal depression (post-natal depression) in the case of the mother, badly treated, or untreated, in a chain of sequential pregnancies which exhausted the lady physically and emotionally, leaving her an empty hull unable to cope?

Whatever the case, not only did this couple fail as parents, but also the authorities failed as providers of the community, given that authorities take our taxes in return for a promise of governance. Once again, we see a failing to provide psychological counselling/assessment/action on an ongoing basis as being the direct root cause of the tragedy that has unfolded. I have said this before; I will say it again.

If every child were to have a regular assessment by a trained psychologist, anti-social behavior/traumas, symptoms and signals that things were not stable at home, or else personal tendencies which could later develop into psychopathic or sociopathic behavior would be identified from early on and corrected before they escalated. The five-year-old who burns ants with a magnifying glass, then goes on to roast the guinea-pig in the microwave at seven, slit a cat's throat  at eleven and kick an old lady to the ground to steal her purse at thirteen might have been stopped at age four drawing lurid pictures of blood pouring from "mummy" on a piece of paper.

Needless to say, with an institutionalised assessment system, which does not have to be weekly or even monthly, and certainly unobtrusive, but part of a regular health check-up like a visit to the dentist, such tendencies would be spotted and profiled way before people became parents.

Now we will have the discussion about how you pay for it, which is as idiotic a question as "Yes but how do you get your protein?" when you tell people you have become a (gasp!) Vegan. The point is that there are two answers. One is "Very easily, just pretend it is a defense contract for a nuclear missile system or just pretend it is a bank in need of a bail-out" and trillions suddenly become available. The second is that in this enlightened monetarist free market wonderful and wizzy system we do not pay for anything anyway, we just borrow money on the markets and manage the debt. Under this (ridiculous) system, countries basically cannot afford to pay for the services they provide because they do not have enough public sector income to finance public transports, health, schooling and so on, so they play this game called sovereign debt and money markets to finance their lifestyle long-term. The reason why is that they have outsourced the services to third-party lobbies, who they have to pay. When your chickens are at home, you do not have to pay for someone to tend them.

The solution to this is the social economic model in which the State provides services, and here we have the other argument, provision of services and the free market. The social model was tried and tested in many countries, first in the Soviet Union and then elsewhere and it worked, generally, very well.

It provided free healthcare, including dentral treatment, from beginning to end, it provided free and excellent education from primary school through to University and beyond, it provided free housing, free electricity, free gas, free water, subsidized telephone/communications, subsidized or free leisure time activities and training for extra-curricular pasttimes, social mobility, the chance to travel, public transportation, a guaranteed job, zero homelessless, zero unemployment, safety on the street and security of the State. If the resources to provide these services belong to the State, you do not have to pay a third party to provide them, do you?

True, in providing free public services, you are cutting out the lobbies which grab the resources and say Hey! That water is mine. It belongs to me and me alone and I shall sell it to you and you will pay more and more for it until you reach breaking point. Another lobby claims your house, another is responsible for your job being lost and you are homeless, living on the street. You do not have job security, you come out of school unable to read or write properly, do not know the times tables, cannot make a calculation in your head. Your streets are filthy and unsafe, society is drowning in a sea of pornography, drug addiction and filth. If you want a house, it is a drama to keep it until you retire, when you will start to live in abject misery. Your health service will depend on how much you pay to an insurance company and when you need anything they will wriggle tir way out of it and you will not get the treatment you wanted anyway.

Recognize any of this? Now supposing as citizens we demanded something from those who claim they are governing us? How about a nice little interview? OK so you say you want to represent me in the Senate/Congress/Parliament? OK then so what are you going to provide? I would demand as a minimum public services since I pay good money through taxation for those. If you cannot provide them, then no clown, no party.

If is about time our wonderful system started putting up and showing it is valid, because like this it is quite obvious the social and economic model is a miserable failure.

How many more dramatic cases, how much more suffering, do we have to see?

15:48
Kyiv Mayor Vitali Klitschko divorces his wife Natalia after 26 years of marriage
15:42
Kyiv Mayor Vitali Klitschko: Zelensky wants to strip me of Ukrainian citizenship
20:57
Video shows moment of Salman Rushdie attack
19:16
Russia will face serious sanctions as USA will not recognise Donbass referendum
18:57
USA successfully empty European armouries having supplied all weapons to Kyiv
18:21
Chechen war veteran who now works as drag queen sings Russian anthem in a gay club
15:49
14-year-old hockey player dies as puck hits him in the chest during training
15:30
Video: Apartment building partially collapses in Omsk
19:52
10,000-strong group of the Armed Forces of Ukraine melts away inconspicuously
19:39
Strategic Culture: Russian Navy threatens NATO in nine seas at a time
World
The Guardian reveals when the West will stab Ukraine in the back