To rape or not to flirt? These are the questions

After Oprah Winfrey's powerful speech against sexual harassment at the Golden Globe awards, boosting a new movement in which women speak out claiming their rights to the inviolability of the person, the reaction is Catherine Deneuve's open letter claiming that men have the right to flirt. In this age of sexual liberation, where are the lines of freedom and puritanism to be drawn? 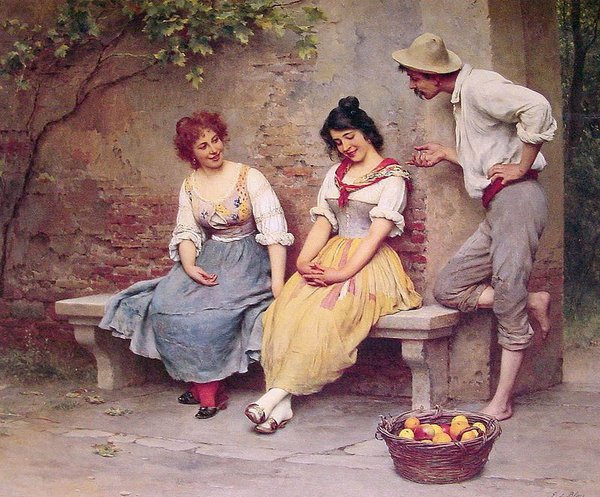 Let us include in this debate the issue of the LGTBQ community (Lesbians, Gays, Bisexuals, Transsexuals, Queer) along with heterosexuals and let us draw the line between an honest and open display of interest, a lewd comment and an intrusion of privacy, culminating in unwanted touching, groping or rape.

After the furore over the casting couch has brought to light the practice of men abusing their power in certain professions, not only in show business, after the exposure of public figures in the United Kingdom, after more and more people are now coming forward and claiming they were raped or harassed decades ago by people who are now public figures, we have an open debate in which the majority defend that the age of sexual harassment and taking liberties is over, and the minority, now as expoused by Catherine Deneuve and 99 other French public figures, state that men should be free to flirt with women, and to touch their knee under the table if they want.

There is something called a date

So, where do we draw the line between the acceptable and the unacceptable? Telling a female applicant for a role in a film that she looks great, in the interview room, is a compliment. Touching her under the table is an act of abuse, even if she initiates the interaction by pouting her lips and loosening one button of her blouse, drilling her fingertips on the table and smiling widely. There is a time and a place for work, and a time and a place for leisure and pleasure. It is called the date which does not start in the hotel room, it ends there, preferably not on the first outing.

Telling a female applicant for a job that she is of interest and will be short-listed for a second interview is part of a professional employment process. Telling her that she is as well qualified as anyone else but has to show what other skills she has, thrusting your sexual organ into her face or fondling her thigh, or stealing a kiss, is also an act of abuse.

In two words, the line is drawn by common sense, or else common decency, if such still exists today. True, seventy years ago many girls took a hat-pin to the movie theater to prod into the unwanted hand of the young man who would come and sit down and start playing with himself or with the young lady beside him, and the prod was the end of the story. Unacceptable? Sure but in those days few gentlemen would invite a lady to a hotel bedroom for a job interview.

Common sense, then, tells us that any form of physical action must be the result of an acceptance of an offer, a reaction to an action, a move after a green light has been shown. But when you pull away from the traffic lights, you do not go roaring up the road at 100 miles per hour, you do it in stages, moving up the gears. Common sense tells us that any notion of "sex" during the interview or selection process is out of place and classless, an intrusion and an act of abuse. Common sense also tells us to respect the laws and morals and lore of the place we are in, which means if it is OK for a gay couple to kiss on a park bench in Toronto, it is not OK to perform public acts of affection in other cities or countries or regions because that is not the way people behave, and expecting them to accept something alien to them is an act of cultural imperialism. In the words of Ortega y Gasset: Yo soy yo y mi circunstancia (I am what I am and that which surrounds me). In plain English, there is a time and a place.

Common sense tells us that a "comment" or "piropo" said in a non-aggressive way, with class, to a girl walking along the street, such as "LIKE", or just a smile, or even a nicety thanking the girl for brightening up (his) morning, is maybe a little forward but not an act of rudeness; on the other hand a comment such as "Cor! Look at them boobs" or "Get them off!" is classless, intrusive, pig-headed and unpleasant. A tap on the butt is an act of assault.

In fact, common decency tells us that any physical activity between couples of whatever gender or sexual persuasion, is only and always an act of affection based upon mutual consent, between adults, without any idea of coercion or threat whatever the outcome, with both parties having the express right to terminate the contact as and when they choose.

So in conclusion, yes, men and women have the right to express interest by showing a green light, which might not be perceived at first and which might have to shine more brightly but no, men do not have the right to fondle a woman's knee as a first approach and even less so in the interview room. Let us apply the analogy of the car moving off from the traffic lights. In two words, it's a question of common sense or common decency.

We are debating real life sexual harassment but behind the online screen, real life tears are shed. Food for thought.

Picture: The Flirtation by Eugene de Blaas. A study of body language: a man flirting