Human Rights Day: Let us hang our heads in shame

Human Rights Day: Let us hang our heads in shame 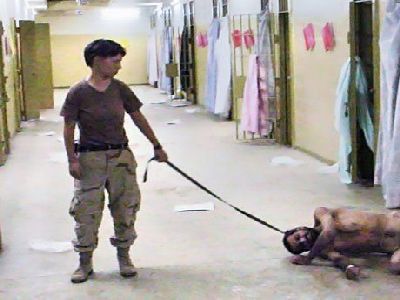 On December 10, 1948 the Universal Declaration of Human Rights was adopted by the United Nations General Assembly, its thirty articles enshrining basic and fundamental rights guaranteeing dignity of the human person and equality for all, regardless of race, color, creed or gender. A pipe dream?

The UDHR (Universal Declaration of Human Rights) was adopted nearly seventy years ago - two generations ago as a common standard of achievement for all nations, governments and peoples. So in 2017 where do we stand?

Looking at the world around us, it is a very dark place. It is a dismal, dreary, sinister place with evil lurking menacingly in every nook and cranny. Human Rights are a chimera, a dream existing on a pink cloud in cuckoo land, violated at every turn by the very nations which extol their virtues and lie about their existence.

The yoke of slavery

Those who made fortunes based upon the yoke of slavery, plundering foreign lands, murdering people and dividing peoples, drawing lines on maps, created the conditions for the misery of millions to exist, creating the bases for conflict, division and social strife.

How can Human Rights exist in a world where children do not have equal rights at birth since these are determined by a document called a "passport" which dictates whether or not they have rights just because of their parents' status or because they were born one side or another of an invisible line called a "frontier" which someone drew on a map three centuries ago, for instance, without any consideration at all for the people living there?

How can Human Rights exist when people are paid less or more just because of their gender, women being paid less 25 per cent because they are women, on a global scale? How can Human Rights exist when women are barred from so many activities in countries allowed to insult the rest of the international community by holding a place on the Humnan Rights Council, like for example Saudi Arabia, one of the worst pariahs in terms of human rights abuses and indirect sponsors of international terrorism through the actions of private individuals, a bunch of lazy good-for-nothings claiming to be pious then jetting off to Bahrain on weekends to get shitfaced drunk or to Casablanca in Morocco cavorting with little boys in bed? And these are the upholders of Islam?

How can Human Rights exist when another of the worst perpetrators of Human Rights outrages, Israel, steals lands and builds colonies on them then gets this act of theft recognized by Big Brother, Trumpland?

How can Human Rights exist when Humans do not even dignify themselves by destroying the planet, insulting Mother Nature, ruining the Earth, polluting space, the skies, the land and the seas, dessecrating its forests, burning down trees murdering their inhabitants, dropping bins of toxic waste to the depths of the ocean without any respect for the creatures living there, and murdering countless species of animals before they are even encountered?

How can Human Rights exist when alternative economic and social models are sabotaged by the lobbies which dictate the policies of the FUKUS Axis (France-UK-US) as we saw in the case of the Jamahiriya in Libya which provided education, healthcare and housing and the highest Human Development Index in Africa, to be replaced with the chaos we see today?

How can Human Rights exist when the very notion of Democracy is peddled cynically by those obediently carrying out the policies of the BARFFS (the Banking, Arms, eneRgy, Finance, Food and pharmaceuticalS lobbies, namely the NATO terrorist alliance led by the FUKUS Axis and their GCC bedpals in the Gulf)? How can Human Rights exist when human beings are ruled by an invisible clique of elitists who have hijacked their way to power, unelected, and who unelected, dictate our policies without a shred of democratic justification?

So let us hang our heads in shame. Human Rights do not exist and seventy years on, we live in a world with less respect and regard for principles than we had two generations ago? What a freakin' disaster, what a disgrace and what a total shame. I sincerely hope that future generations judge us for the horrific carbunkle humankind has become for this planet. Unfortunately, it is not only committing abuses against its own species but is ruining this beautiful home for the other inhabitants we were supposed to respect.

Forgive me but Humankind makes me sick.