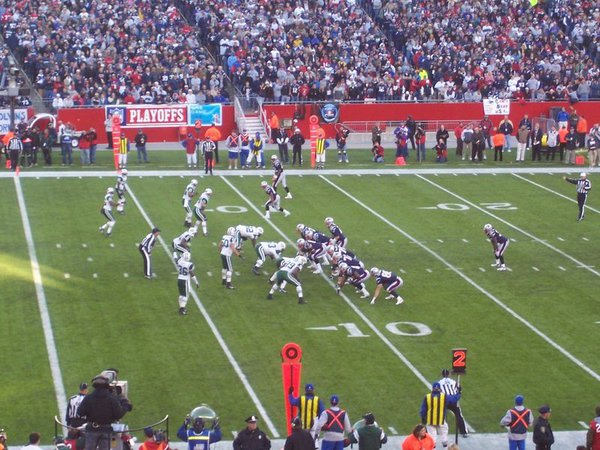 But it is, nevertheless, rewarding when an argument one makes is subsequently supported by other events.  For example, in my article, People of Color: NFL Doesn't Give a Damn About You (Pravda.Ru, October 20, 2017), I concluded with the following line: "In today's NFL, the message is 'Winning isn't everything.  Losing is perfectly acceptable if it keeps people of color in their place.'"

This argument was recently confirmed when the Houston Texans bypassed Colin Kaepernick, the quarterback who led the national anthem protests in 2016.  The excuse given by Texans coach Bill O'Brien was that Kaepernick "hasn't played football in a while."  Yet, it should also be noted that the Texans' owner, Bob McNair, had previously remarked, regarding the anthem protests, that the NFL should not let "the inmates run the prison."

So, who did the team sign?  Josh Johnson, who, according to Sports Illustrated, "has not thrown a pass" in an NFL game since 2011, nor been on an NFL roster since 2013.

As I argued in my article America's Judases (Pravda.Ru, August 28, 2017), even NFL fans and players who despise Kaepernick and/or the anthem protests should be outraged at the disingenuous machinations of the NFL.  What teams, like the Texans, are basically telling their fans is this: We believe you are so ignorant, you will continue to pay exorbitant prices for NFL tickets and/or products, and support businesses who advertise during NFL games, regardless of what kind of crap we put on the field.  And what they are telling the players, especially those who play defense, is this: We don't give a damn that your risk of injury is maximized by the fact you have to spend more time on the field due to inept quarterback play.

In my Judases article, I also discussed how former NFL player and one-time civil rights activist Jim Brown had condemned the anthem protests as "desecration of the flag."  Now, in one of those "turnabouts" discussed in the opening of this article, recent reports indicate that Brown is "fine" with players kneeling in protest.

I also discussed the ludicrous statement of Ohio Supreme Court "Justice" Bill O'Neill, who denounced the anthem protesters as "draft dodgers," even though none of these players were born when the draft ended in 1973, and despite the fact that one of the biggest draft dodgers of all, Donald Trump (with four college deferments and one for "bone spurs") currently disgraces the White House.

Now O'Neill is under fire for a Facebook post, allegedly created to defend "heterosexual males," where he discusses "approximately 50 very attractive females" that he claims to have had sex with-a posting that appears designed to preemptively diffuse any potential harassment claims that might arise should he decide to run for governor and that, along with his anthem comments, raises serious ethical questions about his ability and impartiality to decide free speech and sexual discrimination cases.

What makes this 70% argument particularly despicable is it conveniently minimizes, and even ignores, the prevalence of institutional racism in America-the very racism Kaepernick was protesting and the NFL profits from.  Institutional racism can never be measured by citing statistics about those who labor or suffer under it.  It must always be measured by looking at who controls the institutions.  Since almost all the team owners are white, and the only one who isn't, Shahid Khan, supported Trump, these are the racial statistics that must define the NFL.

As of this writing another draft dodger, Trump supporter, and opponent of the anthem protests, Jerry Jones, owner of the Dallas Cowboys, is instigating what some media sources are describing as a "civil war" within the NFL.  Some say he is being motivated by NFL Commissioner Roger Goodell's refusal to demand that players stand during the singing of the national anthem, while others say Jones is angry that Goodell suspended one of his star players.

But, regardless of Jones's motivations, one thing is clear.  This is an opportunity for a new league to arise.  The music industry has created numerous entrepreneurs, many of them African-American, who have the wealth and business acumen to develop a professional football league of their own-a league that could also care about social injustice and treat players with dignity, instead of like "inmates" to be concussed and crippled for the enrichment of reprobates like Jones and McNair.

I will agree that such endeavors have failed in the past.  But that was largely because the NFL propaganda machine had effectively concealed the league's evils, and because the compensation these upstart competitors offered was not enough to lure top-tier players away.

Today, with the exposure of the NFL's racism; the duplicitous lies used to blacklist (or more accurately whitelist) Kaepernick; the lackadaisical enforcement of the so-called concussion "protocol"; the disdain for players' safety, thanks to an overly long preseason and shortened time periods between games (Thursday Night Football anyone?); the willingness of owners to insult fans and players by placing their egos above the quality of their teams; and the fact that the NFL is now a house divided, the opportunity has never been better to provide players and fans with a viable and quality alternative by creating another league.