Is Turkey the next country for a "proxy and long war" of the Transnational Elite? 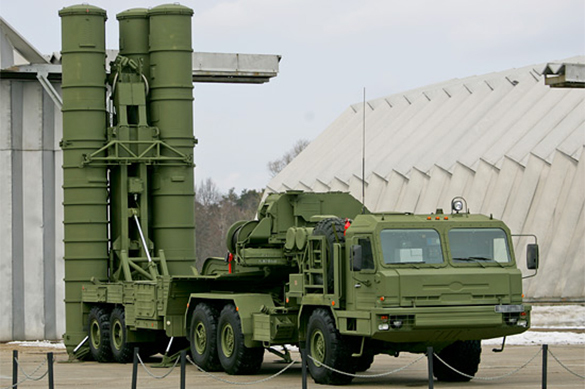 While Russia helped Ankara 'without conditions' during the coup - a massive fire exploded near the military base of NATO in the air base of Incirlik - where, together with the base of Ismir, have been stationed more than 90 nuclear tactical weapons, more than in any country! Turkish authorities doubted it was an anti-American sabotage. However, the clashes of Erdogan with the west in general and America in particular, mainly in relation to the support of the Kurds by the latter, brought the withdrawing of the German military from Incirlik and afterwards the purchase of Russian missiles (S400) by Turkey. Against this purchase the Americans pleaded Turkey in order to stay a loyal alliance (and a 'client', of course) for the air defence of NATO. The amount of the purchase is about $3bl. While the Russian weapons will be manufactured in Turkey - as part of a "technology transfer" agreement.

This military shift comes for the first time after 65 years of Turkey-NATO membership. During this phase the actual system of NATO exposed a disadvantage: it is very slow and Turkish authorities are using it as an argument against the Americans. The Americans moved quickly to lobby against the possible purchase of the Russian system (S400) and to ensure a Turkish commitment to buy 100 F35A fighter jets from US manufacturers. Finally, Turkey bought them and disregarded the Americans. While Erdogan still has a foot in NATO and another in Russia...after a short period, almost a week, and his clashes with the Germans, the latter suspended its main projects of armament with Turkey.

Parallel with this event, Turkey prepared operations with the Syrian militia in order to send them to Allepo and to retake the control of the Arab cities and villages there taken from Kurd's military units in 2015. At the same time, the Kurds of Iraq have declared the date of the referendum for independence (25 September 2017). If it takes place and the Kurdish people vote for independence - the Kurdish people of Turkey would seek the same referendum. But because Erdogan's Turkey would not accept such a demand - the guerrilla war of Kurds will continue in Turkey. Particularly if Erdogan moves forward his objective to quit NATO and integrate his country even more in Eurasia: because such an objective would be undesirable for the transnational elite (G7) in general and for NATO in particular.

So Erdogan, instead of preparing his country at all levels for this geopolitical shift, is playing into two gates and at the same time is the "market gate" for the big "gates". He's playing even in a third one -with Georgia and Azerbaijan- countries with which he wants to develop railways, gas pipe-lines and of course military cooperation by isolating Armenia - the country where Russia invests militarily and has created a unified army. In fact, all those countries are being supplied with military equipment mainly from Russia. As such, they are dependent on Russia. A forth one is the effort of Erdogan to create another source of energy (gas pipeline) with Israel and Qatar, which would flow to Europe through Azerbaijan-Turkey Trans-Anatolian Gas Pipeline (TANAP). This project aims to rival Russia in Europe and it does not relate to American interest.

However, in those conditions, the departure of Turkey from NATO would intensify the proxy and long war between Turkey and the Kurdish people. In this war the transnational elite would participate indirectly by supporting the Kurdish people and Russia would watch the new "theatre" of war from Moscow. Kurdish people know very well that they are being used by the Americans in particular and by western countries in general. But they hope they will overcome them in the process. Parallel with this process the west would trigger the economic war with Turkey and would bring it to its knees very quickly.

If, on the other hand, Erdogan withdraws from his goal to integrate his country in the Eurasian Union and stays in the euro-Atlantic bloc, it is sure that he would be replaced very soon with any 'gülenist', and would be prosecuted by the new judges. And he knows that very well and for same reason he will persist to the actual orientation: to be integrated in Eurasia or will try to use the principle of the arm's length between Western powers and Russia. But such a goal would be impossible since the Kurds will push their own agenda. And as they push, and the reaction of Erdogan will be to go even further in the regional integration, the split between Turkey and Western would be bigger. Judging from the goal of the Transnational Elite -to keep Turkey under its dictate- the proxy and long military war -including in the process an economic war- in Turkey, becomes inevitable!