United States drowning in an ocean of subjectivism 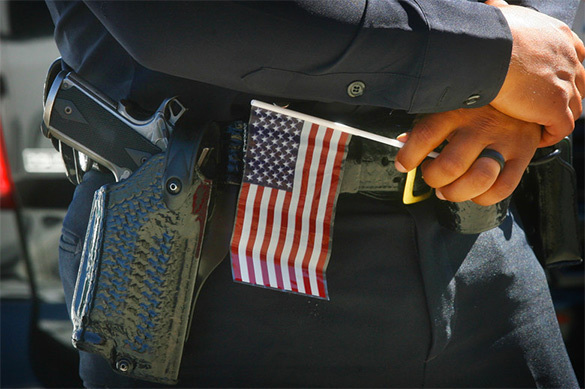 "The very idea of freedom presupposes some objective moral law which overarches rulers and ruled alike. Subjectivism about values is eternally incompatible with democracy. We and our rulers are of one kind only so long as we are subject to one law. But if there is no Law of Nature, the ethos of any society is the creation of its rulers, educators and conditioners; and every creator stands above and outside his creation."

"We should value those who solicit our votes by other standards than have recently been in fashion. While we believe that good is something to be invented, we demand of our rulers such qualities as "vision," "dynamism," "creativity," and the like. If we returned to the objective view we should demand qualities much rarer, and much more beneficial - virtue, knowledge, diligence and skill. Vision is for sale, or claims to be for sale, everywhere. But give me a man who will do a day's work for a day's pay, who will refuse bribes, who will not make up his facts, and who has learned his job." The Poison of Subjectivism, CS Lewis

CS Lewis has a great point. Everywhere in the United States the disease of subjectivism is present. The evidence abounds: The polarization of the political system; the dismissal of history because of discomfort with historical facts; "trigger" warnings for literary texts that offend sensibility; the vicious censure befalling authors for developing literary characters of a different race or ethnic experience, applying the rules of law for some and not others; or disavowing a higher spiritual power of some sort.

Be forewarned that going forward, every individual and in-group in the United States is cautioned to stay in their own lane with their own histories. In this new American society you run the danger of being pilloried if you express an opinion outside your own individual/in-group reality. The reasoning goes something like this: "You weren't there, how can you have an opinion on that?" The response might be, "Sure, I wasn't around when Alexander the Great was rampaging across the world, but I have some opinion based on studies I've done." And the response you're likely to get these days is, "No good, you are not Macedonian."

This calls into question the very notion of what it means to be an American. Is there such a thing as the United States? What does anyone have in common any longer? It is as if "the educators, conditioners and creators", that Lewis refers to, have tried to apply the Many World's Theory from Quantum Mechanics in creating and managing society, a society in which all possible outcomes are sought and all outcomes are obtained, each in a different world/reality that only you and your in-group are aware of.

In this new American society "reality" exists at two different poles. One reality seeks shelter in its own individual/in-group world and is content to live a two dimensional as described in Edwin Abbott Abbott's Flatland. They are not aware that they are being manipulated by realities at the other end of the pole and shun those who posit that such manipulation exists or even in the reality of other worlds.

At the other pole exists a "reality" in which the individual/in-group are able to create ever more realities in which compasses show no direction, alternative histories exist and problems/issues are dealt with by wiping one reality out for another. Every day is new, yesterday is forgotten, fads and technology appear and disappear, politicians and corporate heads sell vision and disruption, you create your own news and reality; and, well, hubris leads humanity to believe it is the highest order species in any world or universe.

According to William James in his lecture The Dilemma of Determinism, "Subjectivism everywhere fosters the fatalistic mood of mind. It makes those who are already too inert more passive still; it renders wholly reckless those whose energy is already in excess. All through history we find how subjectivism, as soon as it has a free career, exhausts itself in every sort of spiritual, moral, and practical license. Its optimism turns to an ethical indifference, which infallibly brings dissolution in its train. It transforms life from a tragic reality into an insincere melodramatic exhibition, as foul or as tawdry as anyone's diseased curiosity pleases to carry it out."

"I have heard a graduate of this very school express in the pulpit his willingness to sin like David, if only he might repent like David. You may tell me he was only sowing his wild, or rather his tame, oats; and perhaps he was. But the point is that in the subjectivistic oat-sowing, wild or tame, it becomes a systematic necessity and the chief function of life. After the pure and classic truths, the exciting and rancid ones must be experienced; and if the stupid virtues of the philistine herd do not then come in and save society from the influence of the children of light, a sort of inward putrefaction becomes its inevitable doom."

Subjectivism will destroy the country unless some commonalities are agreed upon to unite the country. Who does not long, as CS Lewis said, for "Virtue, knowledge, diligence and skill. Vision is for sale, or claims to be for sale, everywhere. But give me a man who will do a day's work for a day's pay, who will refuse bribes, who will not make up his facts, and who has learned his job."

This is no call for a return to the "good old days" in which slavery, racism, anti-LGBTQ, and a "woman's place in the kitchen" were widespread. What is needed is a set of beliefs or fundamentals that all citizens in the USA-human beings-can adhere too to find common bond. There must be ideals, codes that go beyond crass alliances that seek to cut taxes or undercut healthcare for the young and the old. Americans need to get out of their lanes and take care of each other.

As it stands now, it seems that Americans have segregated themselves into stovepipes, as if by some sort of invisible hand. What follows that is distasteful. Lewis warned that subjectivism is the mother of fascism. The "F" word is on a lot of people's minds these days as authoritarian leadership seems to be on the upswing not only in the United States, but elsewhere in the world. New realities are being created.

"Many a popular "planner" on a democratic platform, many a mild-eyed scientist in a democratic laboratory means, in the last resort, just what the Fascist means. He believes that "good" means whatever men are conditioned to approve. He believes that it is the function of him and his kind to condition men; to create consciences by eugenics, psychological manipulation of infants, state education and mass propaganda. Because he is confused, he does not yet fully realize that those who create conscience cannot be subject to conscience themselves. But he must awake to the logic of his position sooner or later; and when he does, what barrier remains between us and the final division of the race into a few conditioners who stand themselves outside morality and the many conditioned in whom such morality as the experts choose is produced at the experts' pleasure?" CS Lewis