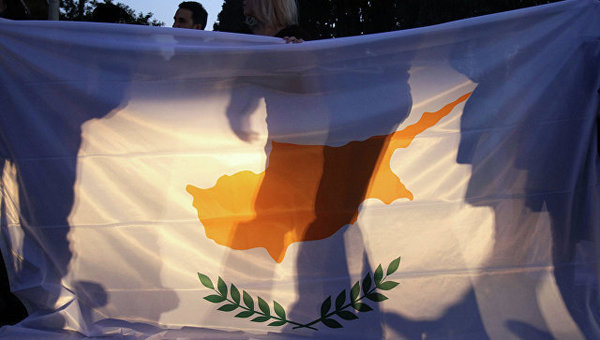 When it comes to Cyprus, many people think of it as one of the most popular tourist areas of the Mediterranean due to its famous vacation spots. However, the truly unique characteristic of Cyprus is its strategic location in the Middle East. That is the reason why Britain kept the island under its rule from 1878 to 1960 and has maintained its presence on the island by way of its military bases since then. The fact that these bases are of indispensable importance for Britain is a reason that goes beyond simply enabling air operations in the Middle Eastern countries: Intelligence activities.

The Akrotiri and Dhekelia military bases, which are outside the jurisdiction of both the Greek Cypriot Administration and the Turkish Republic of Northern Cyprus, are entirely controlled by Britain. The area is quite small, making up about only three percent of the total area of the island.  Nonetheless, after 2013, it became evident that this small area was at the center of developments that are relevant to the whole world. The documents leaked to the press and the media by Edward Snowden, a computer expert, former employee of the Central Intelligence Agency (CIA) and the National Security Agency (NSA), marked a turning point in the history of intelligence gathering. Thus, for the first time, the world discovered what was going on behind the closed doors of the British bases in Cyprus. As a high-ranking intelligence officer told the BBC, Mr. Snowden's disclosures were the greatest catastrophe of all time for British intelligence.

One of the three most important centers of the British secret service (GCHQ) is still in Cyprus:  The Ayios Nikolaos intelligence station located on the eastern side of the island. This station has a function that differentiates it from the others; secretly listening and recording all kinds of communications originating from Turkey and the Middle Eastern countries. According to the allegations, e-mails, phone calls, messages, social media accounts, Internet traffic, passwords; in short, all communications and correspondence metadata are secretly collected without the knowledge and permission of the users.

The communication between the Eastern Mediterranean and Middle Eastern countries is largely made available by fiber optic cables going under the Mediterranean Sea. According to the information received, the function of the GCHQ Cyprus SIGINT (Signals Intelligence) station is listening and storing all the information that goes through these telecommunication cables. Again, according to the allegations, the station is picking up information going through not only the cables, but also through satellite systems with special spy antennas on the island. The enormous amount of information gathered by the collection activities in question pushes the limits of human comprehension.

It is noteworthy that the gathering of intelligence on the most strategic - and toughest - region in the world is not carried out by American NSA, but by British GCHQ.  As it is known, the geography of the Middle East has been the specialty of British Secret Services for almost 200 years. However, as it was made apparent by the current allegations, this is not just the usual intelligence gathering activity. Because, under the pretense of fighting against terrorism, GCHQ is secretly listening to the presidents of the countries in the region, the executives, businessmen, ordinary citizens, and collecting information and data on military, political, administrative, commercial, economic and social matters; in short, all kinds of information.

What is surprising is that such dubious, contentious and illegal practices are taking place on an EU member island. However, the legal status of British bases in Cyprus allows them to be exempt from judicial control. These are the "Sovereign British Bases", outside EU territory and part of the British Overseas Territories. It is a subministry of the UK Department of Defense but has an autonomous management system and its own laws. In short, regardless of whether the bases are legal or illegal, they have tremendous power and authority yet they bear no liability.

According to the information revealed, the eavesdropping scandal in Cyprus is part of a $ 1.25 billion top-secret program, codenamed "Tempora". As the files Snowden disclosed revealed, Tempora is a computer program developed by GCHQ in 2008. It has two main purposes: "Mastering the Internet" and "Global Telecoms Exploitation".  In other words, secretly listening to all Internet and phone communications.

Britain shares the secret information it obtains through its bases in Cyprus with the United States. However, intelligence cooperation between the two countries is not, as is expected, a partnership from which both parties benefit equally. It is a system designed to serve the interests of Britain more than the United States. GCHQ's former president David Omand's statement reveals the true nature of the intelligence bond between the two countries: "We have the brains. They have the money. It's a collaboration that's worked very well."
Fighting against terrorism absolutely can't be a justification for the fact that GCHQ is secretly listening and recording everything. This information can easily be misused by the British Deep State or put  into the hands of malicious agents as we have seen many such examples in the past. Provocations, propaganda, misguidance, coups, revolutions, wars, assassinations and illegal secret operations are some of the possibilities that immediately spring to mind. All of these are major threats that should not be ignored, especially in the Middle East.

Undoubtedly, it is the most natural right of every country to ensure the security of the country and its citizens against terrorism.  Intelligence gathering, monitoring and surveillance activities are also an important part of this. However, it is essential that the methods used in carrying out these activities are not in conflict with the principles of democracy, human rights and freedoms, and most importantly, these activities should not be utilized for conflict, but for securing and protecting peace. Intelligence should be a force used in the fight against evil by sincere and honest people instead of being used by malevolent individuals to create further suffering.