In 2014, in my Pravda.Ru article America's Epidemic of Killer Cops, I asked the following question: "Why would cops in America shoot, strangle, or beat to death an unarmed person?" 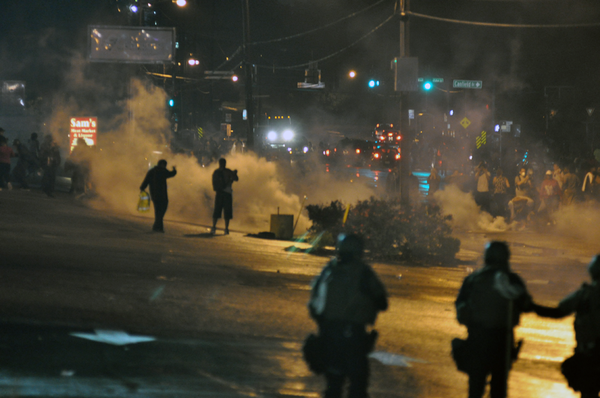 My answer: "Because they can."

Three years later, nothing has changed.

Just a few days ago, a jury in Minnesota predictably acquitted former police officer Jeronimo Yanez of killing an African-American man named Philando Castile.  What was also not surprising was that shortly after deliberations began, a majority of the predominantly white jury had already decided, by a vote of 10-2, to acquit Yanez.

Think about it!  But for two hold-outs, an African-American man in 2017 faced the same type of mentality that existed in 1955, when an all-white jury deliberated for less than one hour before acquitting two white men of murdering Emmett Till.

Granted the Castile case differs somewhat from the question I posed above, in that he was legally carrying a gun-a fact he made clear to Yanez.  But the reactions of those who support the verdict are the same.  The first, of course, is blaming the victim.

In keeping with this practice, much has been made of Castile's marijuana use.  But if using marijuana is a capital offense that justifies extrajudicial execution, then America's population would dramatically decrease overnight.  Hell, even the Secret Service, in order to attract more candidates, had to relax its prohibition against hiring marijuana users.

The second prong of this blame game contends that Castile was a "bad person," because he had been pulled over roughly fifty times for minor traffic violations.  Besides this also not being a capital offense, and more likely occurred because he was committing the "offense" of "driving while black," this argument actually strengthens the case against Yanez, because fifty times Castile had interacted with police officers during traffic stops, and undoubtedly during many of those encounters he was legally carrying a gun.  Yet he wasn't shot until he encountered Yanez.

Another reaction is to express "outrage" that African-Americans are not as concerned about "black-on-black" crime as they are with police shootings.  But if this is the case, did not Castile have the right to protect himself against such crime by legally carrying a weapon?

Many critics have pointed out how gun advocacy groups, like the National Rifle Association, become conspicuously silent whenever police officers shoot African-American men who are legally carrying firearms.  In fact, Castile is not the only one who was recently killed for taking precautions to defend himself.

At 3:15 A.M. on October 18, 2015, an African-American musician named Corey Jones had the misfortune of having car trouble.  He was carrying a legally licensed handgun.  He had called several agencies for assistance, including the Florida Highway Patrol, before he encountered an undercover police officer named Nouman K. Raja, who was dressed in civilian clothes and driving an unmarked van with tinted windows.

Naturally, anyone stuck in the middle of nowhere in the middle of the night would be wary of such an encounter, and this was compounded by the fact that Raja never identified himself as a police officer, a fact he later lied about.  Seconds later, Corey Jones, whose gun had not been fired, was dead, shot three times by Raja.

Why don't African-Americans have the same rights?

As I discussed in my article The Constitution of the United States is Dead, (Pravda.Ru, August 25, 2016), a jury in Fort Wayne, Indiana insultingly awarded an African-American family one dollar in damages after three white, South Bend, Indiana police officers illegally entered their home and beat, tased, and arrested their son "in a case of mistaken identity." Defenders of this verdict naturally ignored the constitutional violations these officers committed, and instead argued that this family was simply being "greedy" for rejecting a settlement offer and choosing to go to trial.

And therein lies the rub-that arrogant smugness, particularly amongst white Americans, especially middle and upper-class whites, that it will "never happen to them":  Never in their lives will their constitutional rights be violated by police officers who then throw a dollar at them and say "have a nice day"; Never will they wind up dead at the hands of the police for legally carrying a firearm.

This smugness was evident in the aftermath of the Castile trial, when one of the white jurors expressed "surprise" that Castile's mother uttered a curse word after Yanez was acquitted.  He had just let the person who killed her son get away with murder, and he was surprised she was upset!

The late, great Fannie Lou Hamer once said, "I am sick and tired of being sick and tired."  Unfortunately, America is reaching the point where the failure to prosecute or the acquittals of police officers who use brutality or excessive force is simply being accepted as the natural state of things.

Instead, people, especially people of color, are supposed to be satisfied with what I call "conscience assuaging," where, as was the case in the recent acquittal of Betty Shelby (the police officer who shot and killed Terence Crutcher)  jurors, judges, and others in the system make egregious decisions, then espouse ludicrous rationalizations and/or belatedly express remorse for having done so.

But conscience assuaging is not heroic.  It is the ultimate act of cowardice and mendacity that needs to be vociferously condemned as such, because it is nothing but a further insult to those who have already been wronged by reaffirming the reality that those who enforce the law are also above it.

Therefore, I ask that the government of the United States ignore the fact that America has a racist president and attorney general and file federal civil rights charges against Jeronimo Yanez.  Enough with the "Gee whiz, I can't because the burden of proof is too high."  How do you know if you don't try?  Such charges produced convictions in the Rodney King case, after a state jury acquitted the officers who beat him.  They resulted in a guilty plea from Michael Slager, the officer who murdered Walter Scott, after a state jury couldn't reach a verdict.  And, if nothing else, federal charges will at least make cops who know they can get away with murder on the State level have to face federal prosecutors and judges who are not bound by the cronyism, kleptocracy, and "blue wall of silence" that often influences state prosecutors and judges.