How Theresa May lost the election 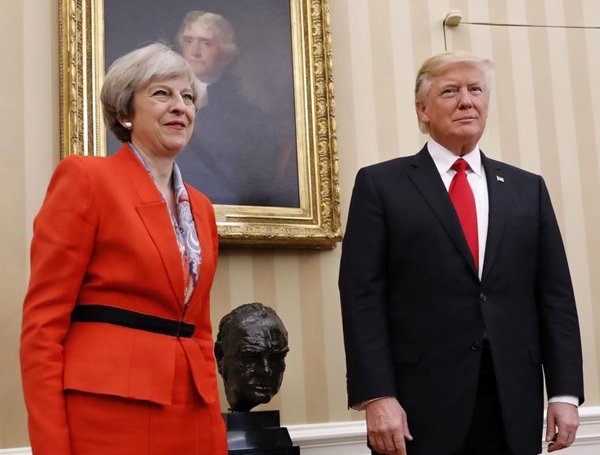 The British Prime Minister adopts a puerile, nonsensical, shallow, unprofessional and insulting approach to politics at the highest level by reiterating soundbites, one of which is technically a barefaced lie and the other, "strong and stable", the antithesis of her campaign which is as snide and sinister as it is weak and wobbly... and without directiion.

Fact: Theresa May was not elected as the British Prime Minister. Fact: During the Brexit campaign, Theresa May did what she could to sit on the fence. Fact: After Brexit, she took advantage of a wave of uncertainty to position herself as the leader of a people who have serious doubts about the decision to leave the EU, based to a large expent upon the tissue of lies spun by the man she then chose to represent her country's diplomacy, Boris Johnson.

So far, not so good

Theresa May might conveniently forget this but others do not. So let us be honest. The Conservative Party just does not have what it takes. It has made it up as it has gone along. Cameron's foreign policy was a disaster, seeing Britain crawling around the legs of the USA, participating in Washington's wars to feather the nests of the corporate elitists in the USA. Cameron's Libya policy saw a strong and stable and peaceful country destroyed and now crawling with terrorists. Children were bombed and labeled legitimate targets, the water supply network was strafed with military hardware (war crime), the electricity grid was taken out "to break their backs" (war crime).

As in Libya, where the UK supported terrorist groups on its own lists of proscribed organizations, the UK supports "moderate" terrorists in Syria, who only rape nuns and disembowel children...moderately. Lies and bullshit are now the mainstays of Britain's foreign policy, collusion with terrorists a mainstay of their strategy. What the British newspapers and TV outlets report on what is happening in Syria is simply not the case, as those of us who speak to Syrians know very well.

So far, not so good. As regards the election campaign, Theresa May's campaign managers allegedly booked a village hall in Crathes, Banchory in Scotland, and this has been backed up by witnesses, to speak to a restricted group of guests, against the rules for booking the hall. The Hall was booked for a private birthday party under a false name and villagers who turned up were turned away. However, being a Scottish Charitable Incorporated Organization, the Hall may only be used for the purpose of the hiring and local community members must be allowed to attend. Not exactly strong and stable policymaking, is it? And the more so because Theresa May was avoiding confrontation with the public, as she has done during the entire stage-managed campaign, and as we can see with her cowardly refusal to take part in televized debates. What is she running scared of?

So far, not so good. Now let's get down to the nitty-gritty, the soundbites. She calls for a "strong and stable Britain" under a Conservative government, which is the alternative to "a coalition of chaos between Labour, the Liberal Democrats and the Scottish National Party (SNP)". First off, she is scared that she will lose the absolute majority that the Conservative Party enjoys (eleven seats over the combined opposition) and secondly, Labour has already declared several times that it will not enter into coalition with the SNP. So she is campaigning on a soundbite which is nonsensical. How stupid is that?

Not exactly strong and stable leadership, is it?

So far, not so good. And finally, let us take a look at the mainstay of her policy, an obsession with Brexit. OK everyone knows the British had one of those John Bull days on June 23, 2016 with plenty of pints of that luke-warm beer being drunk, British Bangers on the table, full English pig-out breakfasts guzzled in the morning and Union flags fluttering in the wind, to the sound of loud belching from pub esplanades amid claims that "French food is crap!" over a greasy portion of fish and chips lying on the table under three wasps and a dozen flies.

The Leave vote did not reach 52 per cent, the Remain vote being over 48%. Many of those voting Leave did not understand what they were doing and a lot of them did so on the back of the lies spun by the now British Foreign Secretary over 350 million extra pounds a week becoming available. I would challenge Mr. Johnson to state loud and clear, today, where that money is coming from, where the figure came from and I would challenge Theresa May to stand beside him as he makes the claims to back him up. Now THAT, Ladies and Gentlemen, is strong and stable leadership. Or is her Government a coalition of chaos? A mugwump and a bunch of toffs led by a wannabe.

She does not know this yet, but those of us with links to the European Union and with policymakers are fully aware that she is not going to get the deal she wants. The only chance for the UK is at best a very soft Brexit, and she is not the person to achieve it. The Eurocrats are not going to give the UK an easy deal just because Theresa May asks for one and not being a very nice, empathic and sympathetic person and not having an endearing and engaging personality, she is by her very presence likely to rub everyone up the wrong way. She comes across as arrogant and conceited, to hide her shallow and weak personality. She comes across as someone who does not know what she is doing nor where she is going. "Strong and stable" are where she would like to be but she knows, and the European Union knows, she does not have the negotiating skills to pull it off.

Theresa May's Party has forfeited the future of the United Kingdom and its sixty million citizens by playing dangerous and silly little games with serious things. A bunch of toffs playing politics with the lives and futures and aspirations of the generation to come, which tellingly will vote Labour. As for domestic policy, that's up to the Brits. But crime is up, the National Health Service is falling apart and the schooling system is at breaking point and falling down. And instead of debating policies, Theresa May clings on to two silly soundbites, one of them bullshit, like someone frantically hanging off the edge of a cliff before the branch snaps.

Theresa Snide and Sinister, Weak and Wobbly May

15:48
Kyiv Mayor Vitali Klitschko divorces his wife Natalia after 26 years of marriage
15:42
Kyiv Mayor Vitali Klitschko: Zelensky wants to strip me of Ukrainian citizenship
20:57
Video shows moment of Salman Rushdie attack
19:16
Russia will face serious sanctions as USA will not recognise Donbass referendum
18:57
USA successfully empty European armouries having supplied all weapons to Kyiv
18:21
Chechen war veteran who now works as drag queen sings Russian anthem in a gay club
15:49
14-year-old hockey player dies as puck hits him in the chest during training
15:30
Video: Apartment building partially collapses in Omsk
19:52
10,000-strong group of the Armed Forces of Ukraine melts away inconspicuously
19:39
Strategic Culture: Russian Navy threatens NATO in nine seas at a time
World
The Guardian reveals when the West will stab Ukraine in the back