To my Russian brothers and sisters. 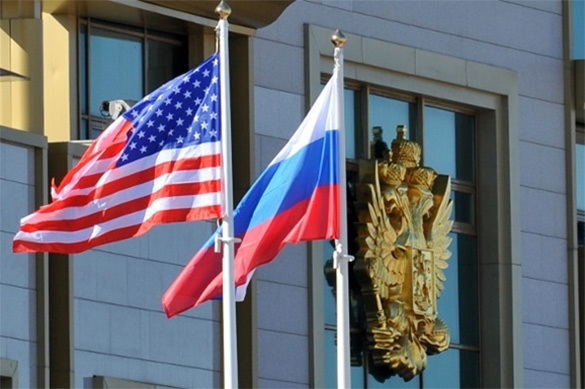 As we stand on the brink of a catastrophic world war, I wanted to express my love for all of you as well as my love for my fellow Americans.

I was raised by my beloved grandmother who was a full-blooded Russian and very proud of her heritage. She was also a loyal American who loved her country very much. However, because of the American Cold-War propaganda which constantly vilified the Russian People, she never told anyone outside of her own family about her Russian heritage. This was the tragedy of my childhood and now more than 40 years later, it seems to be happening all over again but now on a much more ominous scale.

This time, it will not be just a "Cold War". As the Russian People are once again constantly vilified by the Western mainstream media it seems apparent that TPTB wish to bring about World War 3. In fact, the Western Central Banking System must now wage a global war in order to stop BRICS from establishing a gold-standard world currency that would make the fiat American dollar essentially worthless.

I wish that TPTB would have chosen another path and that our two great nations would have united in friendship and cooperation. I wish that we would have built the intercontinental superhighway proposed by President Putin for it would have changed the entire world for the better. I realize that I am no one and that I really have no say in anything that happens on the world stage. I am just a single voice crying in the wilderness. I am an enigma; a dichotomy of two vastly different traditions and belief systems. For not only am I part Russian and have my beloved grandmother's blood flowing through my veins, I am also a direct descendant of the Knights Templar.

Not only am I a loyal American and love my fellow Americans with all of my heart, I also deeply love my Russian brothers and sisters. I must also admit that I truly admire President Putin for his strength, intelligence and the unwavering logic which he applies to every situation.  Although I may have a different political philosophy than President Putin and though I do not agree with him on many issues, I nevertheless view him as a great world leader.

But who am I? As Socrates said, "All that I really know is that I know nothing.." I stand alone on this American shore and place my message into a bottle. I throw it into the ocean in hope that it may one day reach my Russian brothers and sisters on the other side of the world so that they may know how I feel.