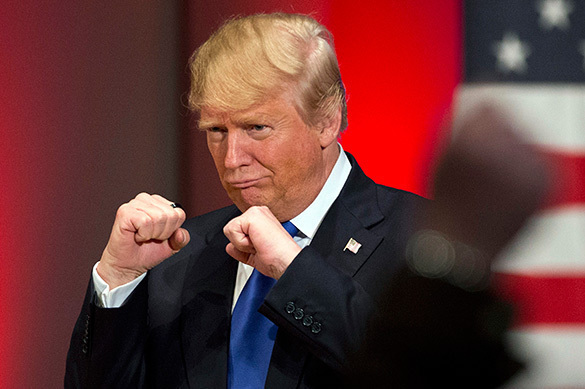 "I feel much alarmed at the prospect of seeing General Jackson President.  He is one of the most unfit men I know of for such a place.  He has had very little respect for laws and constitutions...His passions are terrible.  When I was President of the Senate, he was Senator; and he could never speak on account of the rashness of his feelings.  I have seen him attempt it repeatedly, and as often choke with rage.  His passions are, no doubt, cooler now; he has been much tried since I knew him, but he is a dangerous man." Thomas Jefferson

Jefferson held that a little revolution now and then in a democratic republic was a necessary evil, not unlike severe seasonal storms that come each year. Those storms can cause extensive damage to life and property but communities rally and rebuild. Often they develop improved protocols to deal with storms ranging from disaster response to revised building codes that might withstand the next big storm.

And yeah, Jefferson had black slaves like Jackson but, I mean, does that cancel out Jackson's madness and Jefferson's knowledge that the practice would destroy the United States? Who wants to litigate those issues?

That said, Trump is the storm that Jefferson predicted. And, like Jackson, Trump is a dangerous, non-calibrated human being. With the exception of Secretary of Defense Jim Mattis, Trump has loosed the bottom-feeders of America onto the American political scene. He has appointed extraordinarily wealthy individuals to cabinet positions with clear conflicts of interest who seek nothing less than the rape of the federal government's support for social welfare, culture, education and child care, plus the civilian federal workforce.

Kill Every Social Program to Tune Of Climb Every Mountain

Trump and his fellow vermin are undertaking these task with a gleeful vengeance normally reserved for autocratic governments. They are obscurantists and adhere to the script of German general Joseph Goebbels in their daily Big Lies. No doubt, former US Navy surface warfare officer and incendiary Steve Bannon.

The nepotism Trump puts on display with his daughter and son-in-law shows that he clearly intends to enrich the Trump enterprise. It is a bit nauseating to think about all the books and television appearances that are sure to come post-Trump presidency from Trumps' vermin.

The Trump folks proclaimed their support for State's rights during the 2016 campaign. They also claim that the federal government should not be meddling in citizen's freedom of choice. But their 2017 budget proposals and the health care plan would dump costs, responsibilities and choice issues onto state and local governments. Moreover, many states; for example, some energy dependent ones,  do not have the funds to bolster either infrastructure repair or health care. In fact, many states are struggling to fully fund education programs.

Earlier in March, the Congressional Budget Office noted that millions of Americans will be left off the health insurance rolls under the Paul Ryan signature health care act. Remarkably, the conservative Freedom Caucus in the US House of Representatives believes Ryan's pogrom does not go far enough. They seek nothing less than clearing the way for the pillaging of the health care, education and social security programs.

And then there is Attorney General Jeff Sessions who wants to re-declare the drug war. This Republican believes state's rights do not matter as he claims he is going to crack down on marijuana usage.

Welcome to the French Palace

Opiod addicts, coal miners, industrial workers, part-time workers, old and young are going to suffer mightily in the coming years. Trump's claims of making America Great Again ring hollow. Just glance at the resumes of the bulk of his Wall Street, politically connected cabinet. Has anyone of them spent time walking the streets of the rotting communities in West Virginia without a script and security detail.

Looking at President Trump and his court one can't help but think of the Frenchmen and women who marveled at the self-serving court of Louis the 16th and his wife Marie Antoinette.

I have written some vicious polemics over the years focusing on the Clinton's, George W. Bush and Barack Obama. But Trump has gone far beyond his predecessors in the designed display of callousness, arrogance and rage aimed at over 55 percent of the American public. His distortion of facts, false promises and disparagement of allies, partners, congressional opposition, media, American citizens and, yes, corporations reeks of someone with vendetta against all those who mocked his political ambitions many years ago.

And the veiled racism in the repetitive attacks on Obama and Obamacare have become revolting. Trump and his cronies make sure to use the words failure and disaster at every turn as if on the 2016 campaign trail.

Steve Bannon has declared war on the press that is not on the right side of Trump the New York Post reported. "It's not going to get better, it's going to get worse. They are adamantly opposed. Adamantly opposed to [the] economic nationalist agenda like Donald Trump has," said Bannon, who last month told the media to "keep its mouth shut." Nationalist economic program? What's next, Nationalist socialism?

Yes, the storm troopers are in charge and have laid down the challenge to Americans. The Democrats, if they are to remain a viable long term party, must wage political war with their opponents. Playing nice will not work with Trump or the vermin he has released on the body politic. American's opposed to Trump have to get off their butts and form a political party that can win major national offices and force the two parties to have to dilute the worst of their political platforms. Why not a party with the vigor of the US House Freedom Caucus? Where is the alt-Freedom Caucus in the House?

The seriousness of the Trump's war on America is its attack on the US intelligence machinery. Say what you will about the CIA, NSA, DIA, FBI NSA and some of their most despicable actions in US history. But the fact is they have another side to that balance sheet that matters, just as China, Russia and every nation state competitor has. Maybe the actions are unsavory but if you deny that they happen you are a fool.

Trump and his campaign advisor and chair of the US House Intelligence Committee, David Nunes has continued Trump's attack on the US intelligence community. On March 22, citing only sources, he announced that he had seen a transcript in which names were masked that indicated the NSA, under a court approved order, may have collected Trump campaign people who were mentioned in conversations involving a foreign power.

Nunes is a Republican party stooge. He is young and seeks longevity in Congress and is betting on Ryan and Trump to increase his influence within the Republican party. Who leaked the classified information to him?

These Trump people are after us all. Quit pissing and moaning and do something.