The digital storm: Blowing away the human mind 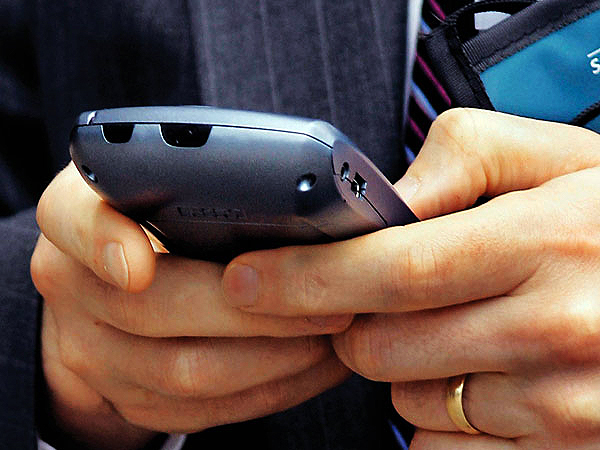 "Temporal compression, as it is technically called, is an event that concretely modifies everyone's daily life at the same time. In the face of this acceleration of daily life, fear has become an environment even in a time of peace. We are living in the accident of the globe, the accident of instantaneous simultaneity and interactivity that have now gained the upper hand over ordinary activities...With the phenomena of instantaneous interaction that are now our lot, there has been a veritable reversal, destabilizing the relationship of human interactions and the time reserved for reflection in favor of the conditioned responses produced by emotion... Promoting progress means that we are always behind: on the high-speed Internet, on our Facebook profile, on our email inbox. There are always updates to be made: we are the objects of daily masochism and under constant tension." The Administration of Fear, Paul Virillio

The electromagnetic/digital storm emanating from television, computer and cell phone screens flood the neural pathways of the brain drowning synapses. The ferocious digital winds from the storm twist and rattle axons, neurons and dendrites like the winds from a powerful thunderstorm that shears leaves off of trees and bends branches to and fro. The lightning strikes from this digital storm randomly sever connections in the cerebral cortex, just as a lightning strike violently amputates the limbs from a tree. And, at times, the electromagnetic field and its constituents, now having translated itself into images, sounds and text, crash into the cerebral cortex send shock waves through the entire structure of the brain down to the base of the spinal cord. The cerebral cortex has been trashed.

The digital storm, though ultimately damaging, is stimulating. It rushes to find the nucleus accumbens and floods it with dopamine which the hippocampus, in turn, 'memorizes' as rapid stimulus for satisfaction or pleasure. The amygdala then 'records' the event making sure that the human response is 'conditioned' to find pleasure and, indeed, seek it out desperately.  The brain reboots itself and in so doing its human face. Addiction ensues and brains/humans change.

The digital storm forms a 'new brain' and, hence, human character. Transmogrification becomes complete. Perhaps it's all evolution's plan. But interesting symptoms appear indicating this could be devolution.

The addiction to the digital storm is so overwhelming that the brain creates a punishing craving mechanism: connection insecurity.  Its emotion is fear, the fear of not being connected, or being seen, or taking part in the social scene. It's the fear of missing out on the daily on-line world and being MIA to comment on the latest incidental text, image or sound. To eliminate connection insecurity the brain creates an addiction that resembles the cocaine addict's frenzied search for more having snorted up the buy and the stash.

Don't See Me, Touch Me, Read Me

You can see it in the mothers and fathers that push their infant children down the sidewalk talking into the cell-phone rather than talking to the child. What does that child store in the brain? Gossip? Recipes? Sports trivia?

Or at the family dinner table where adults and children feel compelled to check email or take calls not wishing to be offline for 60 minutes at Sunday dinner. Worse still, the dinner hosts have to remind the cell-phone users to 'please silence your cell-phones' as if in the movie theater.

And walking down the street, the ability to say 'good morning or good evening' has been eroded as everyone seems to be working a conversation via the cell-phone or looking down at email. It's a world of people walking with their heads-down on the street. It's heads-down in elevators, offices and even in church pews on Sunday.

The brain's pause and contemplative thought functions have been degraded and exist like abandoned and rusty rail road tracks.  The brain has replaced these two elements with a reflexive response mechanism from the unconscious and unfiltered mind.

Such is the mind of the President of the United States, Donald Trump and his penchant for Twitter, television and newspapers. His thinking, like the bulk of the American citizenry, is limited to 150 characters a thought.  Producing 150 characters is an exhaustive effort for most these days. No doubt, a student has been assigned to describe the novel War and Peace in 150 characters. Tell us what is unique about your life in 150 characters, they'll ask.

And don't dare write an article of more than 500-750 words on a subject, because 'readers' will not stick with it, they say. 'Give me all bullet points, our President says.

When in falling asleep, or in your dreams, you 'see' text scrolling vertically / horizontally (and you can read some of it) or you observe images of computer screens with data displayed (which you can interpret) your brain and you have been altered. And when you notice that these images start to appear in your recurring dreams and it seems to be altering your deepest consciousness, it's probably time to seek shelter from the digital storm. Think about it, if you can.

"'She watches with the raptor's eye, trained on distance as she is, and dark---so when she turns to what is close, so intimate and huge, she keeps the gift of sight beyond herself, neither sentimental or detached....'Who, indeed, watches the passing show with the raptor's eye? Couple the quick tweet and modalities of social networking with the videoing and blogging obsession, immersion in video games, overtime on the Internet and the constant interruption of face to face interaction by the cell phone, and you have a recipe for attention deficit in the life world. What are educational institutions to do in the culture of online engrossment and the fast electronic update? The humanities might rearticulate its worth in a climate of unexamined absorption." A Field Guide to a New Meta-Field, Barbara Stafford

John Stanton can be reached at [email protected] He lives in Virginia.