A day that will live in infamy

JANUARY 20, 2017:  A Day That Will Live in Infamy. Today the United States of America surrenders to the Axis Powers.  This unholy alliance that has conquered a once great nation includes corrupt machinations by the director of the FBI to influence the outcome of elections... 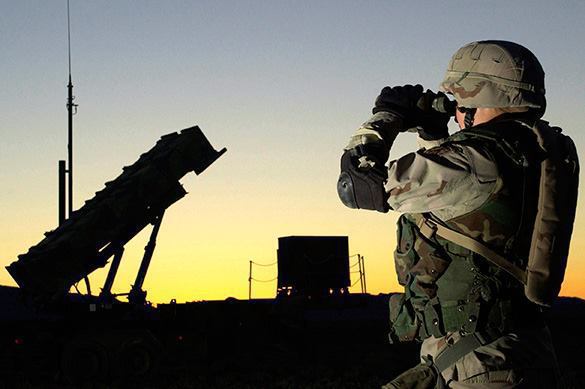 Today the United States of America surrenders to the Axis Powers.  This unholy alliance that has conquered a once great nation includes corrupt machinations by the director of the FBI to influence the outcome of elections; the interference with and undermining of American democracy by foreign powers; the frauds perpetrated by the Electoral College, an anachronistic institution that, for the second time in less than twenty years, has defied the will of the people and elevated the incompetent and corrupt to the highest office in the land; and, perhaps most disturbing of all, the ability of ignorance, bigotry, mendacity, hypocrisy, irrationality, and pseudo-Christianity to dominate human behavior.

There are some who will say this day does not bring about the death of hope.

I say they are wrong.

Although they take succor in the fact that the majority of American voters recognized the intrinsic evil of these Axis Powers, evil still triumphed.  And whenever evil triumphs, it is always the innocent who suffer most.

Although they acknowledge that any politician who benefits from foreign interference in an election commits an act of treason, they forget that, as Sir John Harrington said, when treason prospers none dare call it treason.

Although they take respite in the hope that removing career politicians from the White House will usher in a new dawn for white, working class Americans, they remain oblivious to the reality that this has instead ushered in a cabal of plutocrats and kleptocrats determined to ignore everyone's interests except their own.

And although they may even take refuge in the belief that those who supported the Axis Powers have punched their one way tickets to hell, they ignore the perfidy that compels many of these supporters to call themselves "Christians," even as their proclivity to elevate evil men and women to positions of power raises questions about God's very existence.

Decades ago, Franklin D. Roosevelt, the man who delivered the most famous Day of Infamy speech, told Americans there is nothing to fear but fear itself.

I say he was wrong.

Americans should fear the fact that, under the guise of making America "great again," the Axis Powers made Americans hate again.

They should fear the fact that anyone who assumes power in defiance of the will of the people habitually subscribes to an amoral, hubristic, sociopathy that makes the needs of the people subordinate to the megalomaniacal lust for power.

They should fear the inevitability of war, because, as Edmund Burke said, "Those who don't know history are destined to repeat it."   George W. Bush, who stole an election at the dawn of the century, knew that jingoism and obsequious "patriotism" would secure his reelection.  So he intentionally lied to the American people to launch the illegal invasion of Iraq, dragging the nation into a war that has become one of the longest in American history.  What new "enemies" will be manufactured before the 2020 presidential race to secure the reelection of a man who also never deserved the office in the first place?

The late activist Stephen Biko, who was martyred for struggling against the very racism and social injustices that far too many Americans now endorse, once said, "The most potent weapon in the hands of the oppressor is the mind of the oppressed."  The fact that America has reached this Day of Infamy is a grim testament to how potent this weapon actually is.

For decades Americans have remained conspicuously silent as trillions of tax dollars are spent allegedly preserving and protecting their "freedoms" and "democracy" from usurpation by hostile foreign powers.

But this Day of Infamy has shown that the greatest threats to America's freedoms and democracy are the Americans themselves.