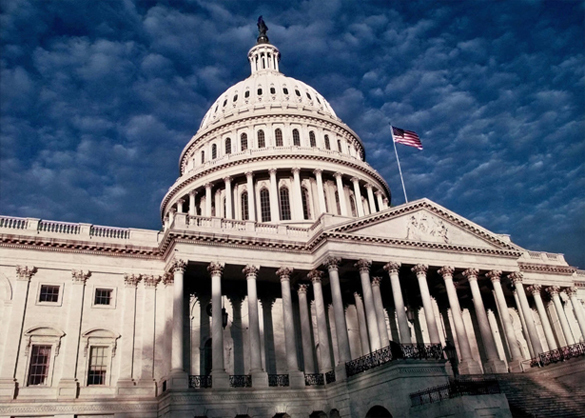 In the West, America is a master at controlling news and manipulating the masses into believing what the government wants them to believe. We saw this happen from the 1950s to the present day when it propped up and supported murderous dictators in Central and South America, the Korean Conflict, the Vietnam War, two wars in Iraq, a continued war in Afghanistan and miscellaneous, black-ops wars, murders and assassinations against anyone who dares to speak out against the American Establishment or stand in their way.

An excellent example of this is when America and the 'Coalition of the Willing' duped 82% of Americans and similar numbers of British into believing that Saddam Hussein was: 1) involved in the 9/11 attack on the Twin Towers, b) that Saddam had weapons of mass destruction, 3) that Iraq had mobile labs producing chemical weapons, 4) that SCUD missiles could be launched within 45 minutes, and 5) that Saddam and Osama bin Laden were closely allied. None of this was true, yet the American media passed it off as true and later made no apologies for their gullibility when it was proven otherwise. Today, their gullibility is even greater than it was then.

Coupled with this is America's view that they are the 'chosen people' to lead the world in all aspects of government - and especially finance - which then allows them to control various leaders around the world. Once countries are under America's financial control, the other levers of power - politics, economics, military, etc. - are sure to follow. In this way, Americans believe that everyone, and everything, will then fall into line - and their complete control. But, the 'wild card' is that the 'best laid plans of mice and men' don't often coincide.

China is a good example of this; it is neither a country easily controlled nor one to be trifled with. If we go into the journals of General Douglas MacArthur, one can read exactly what he thought of the possibilities of an American victory in a land war in Asia - he forewarned America about such a deadly misadventure. Later, the Vietnam War proved MacArthur correct.

Two decades ago no one would have thought that China would become a world power so quickly, but it has, and is presently exerting regional dominance. Now America has a dilemma; if China invades Taiwan, what should it do? Will it come to Taiwan's defence and go to war with China? Will that 'turf war' escalate into a nuclear war? Or, will America deem it unworthy of setting the world ablaze for a single island which is really a 'civil war' of Chinese people since 1949? Once again, America backed the 'wrong horse' and went against the will of the Chinese people. The people of China have not forgotten this.

America sees itself as the dominant, world power and that no one - and no country - can exert regional dominance without its express permission. In other words, the United States sees itself as the controlling force in all matters on this planet - even putting itself above organizations such as the United Nations.

Furthermore, since America feels that it is the supreme authority on this planet, it sees no objection in its poorly, thought-out and highly-illegal foreign policy of 'regime change' which destroys countries and murders legitimate leaders whom they see as the opposition to their 'world plan' of control. Such interference in the affairs of other nation states has always been an illegal act by international standards, but the United States has surreptitiously involved itself in hundreds of take-overs and coup-d'etats in various parts of the world over the past half-century.

These surreptitious activities have included providing: 1) money, small arms and ammunition to rebel groups opposing legitimate governments, 3) intelligence and satellite information to these same, rebel groups, 4) using diplomatic pouches to smuggle in secret documents relative to covert operations, murders and assassinations, 5) organizing and coordinating black ops in other sovereign nations, and 6) providing general, moral support to desperate, would-be leaders wishing to enrich themselves by being American surrogates in such countries.

America, which sees itself as the world, military power on land, sea, and air - and the airwaves - also sees itself as the controller of the internet. It believed that this instrument could be used to universally subvert minds in their favour but when their efforts backfired and their 'favourite daughter' lost the 2016, federal election, it suddenly cast aspersions that an 'act of war' had been committed against their country which accounted for her loss and the election of an unlikely, populist GOP candidate.

America's direct interference to bring about 'regime change' in dozens and dozens of sovereign states throughout the world since the 1950s is not considered  political interference by Americans - but as their 'divine right' to do so. In many, many cases, they have caused civil wars, assassinated leaders, eradicated opposition members, and murdered thousands of innocent people - millions in Korea and Vietnam - yet, they see themselves as honest, honourable human beings.

Such hubris and a distorted, self-elevated view of themselves can only be compared to the Nazis in World War II who did many similar things under the guise of nationalism and belief that they were in their full right to control the world and to dispose of anyone who dared to speak against them or stand in their way.

America's double-standard will someday haunt them and the 'chickens will come home to roost'. Also, the old adage that 'they will reap what they sew' will not be a pleasant experience for Americans who believe in their own greatness.

Heaven help America then when they get their 'just desserts'.