The Washington Post has recently published an article by its Moscow correspondent about Russia's expectations of the outcome of the US presidential election. The article, penned by the chief of the WP Moscow office David Filipov, says: 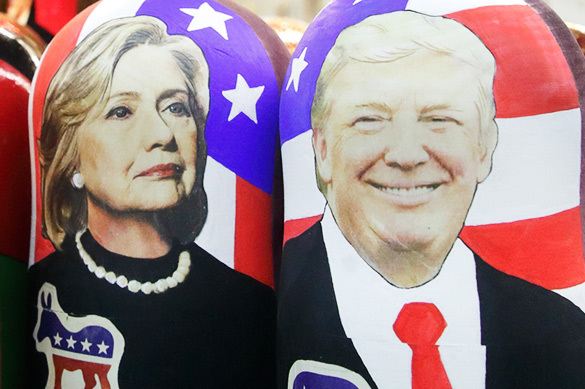 "Like just about everyone else, Moscow was preparing for Hillary Clinton to win, which in the short term meant trying to delegitimize her victory by claiming the vote was rigged - the Kremlin had even lined up a postelection news conference with its top human rights official to pan U.S. democracy as a sham.

"With Clinton, an intractable foe, in the Oval Office, Moscow would have had no reason to ease up on its brinkmanship in the Baltics, the bloody, road-to-nowhere standoff in Ukraine, and the vicious bombing campaign to wipe out resistance to Syrian leader Bashar al-Assad, all coated in Cold War-style rhetoric and nuclear saber-rattling."

Pravda.Ru editor-in-chief Inna Novikova decided to comment on the article.

"The Moscow correspondent named Filipov of the erstwhile respectable US publication is versed very well. He knows a great deal about Russia's hopeless, against the backdrop of the courage of Baltic soldiers, attempts to attack the whole Baltic region. He knows about 50,000 Russian troops and 22 motorized rifle divisions in Ukraine that have been almost completely defeated by the valiant troops of the Ukrainian Armed Forces. He also knows that, in fact, there is no civil war in Syria, no ISIS, no refugees - nothing, and the whole intrigue is only about tyrant-despot-cannibal Assad. The well-informed journalist, who lives in Moscow, knows really a lot.

The smart guy is also very well informed about Russia's intention to use nuclear weapons to destroy the whole world for no reason.

The wordsmith, who temporarily resides in Moscow, does not know one thing. Human rights defenders in Russia, in their overwhelming majority, were dreaming, praying and rubbing their pockets for Mrs. Clinton to win, but Madame Clinton failed them! Russian human rights activists were shocked, so now they are convinced that Trump won the election in the USA solely because of Moscow's interference.

Russia, by the way, was planning a coup in Montenegro, but it did not work out. Russia has nothing to do with the attempted coup in Hungary, because there is no motive. As for Montenegro, there was quite a motive, because many Russians have property there.