The Russian Federation has won the fifteen-year geopolitical chess match with the west. However, Moscow could be described as an unwilling victor because it never envisaged a situation in which it would be forced to outsmart its "partners" just to survive. The idea at the turn of the century was something totally different. 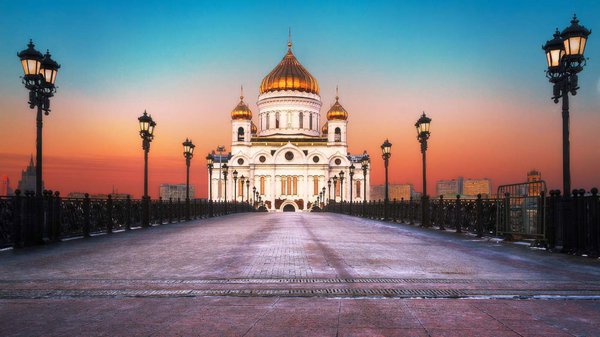 The West, collectively, is a fox in a hen-house, a man who shot his trusting Best Friend in the back, a sociopath and a psychopath, a monster. Its policy is formulated by the puppets of the lobbies which dominate its governments as its media peddles lies to shape public opition to whitewash its crimes and invent an orge to justify the "us" by manipulating fear of "them".

Let is go back to 1991, when the USSR leadership decided to set in motion the terms of the Constitution for Dissolution of the Union. True, the people were neither asked, nor did they wish to unilaterally dismantle the system which had brought backward, feudal societies into the front line of development within a few generations, providing free healthcare, free housing, a guaranteed job, safety on the streets, social mobility, free leirure time activities, free transportation, free sports facilities, free basic foodstuffs, indexed pension, free public utilities in a society with values, free of perversion, filth and decadence.

From Moscow, at the time, came goodwill as an army of Ambassadorial staff speaking fluent English and armed with jokes and anecdotes set off for foreign capitals with copious quantities of bonhomie. From the west, smiles and promises that it would not encroach eastwards while behind its back it concealed a sharpened dagger and six stones.

It didn't take long for the veneer to crack and for the first stone to be thrown. Well aware that with the death of Tito, Yugoslavia was a potential tinder box, it was soon to side with Slovenians, Croatians and Bosnians against Serbs, stirring up hatred, which the west does so well.

The second stone was thrown in Kosovo, when the heart of Serbia (Russia's brother in the Balkans) was ripped out and handed to gangs of Albanian terrorists backed by the west and wined and dined on Capitol Hill, Washington.

The third stone was thrown in Iraq, with an illegal invasion, war crimes, the massacre of a million people, the destabilization of a sovereign state, society and region, the destruction of the livelihoods of tens of millions of people.

The fourth stone was thrown in Georgia, ignoring the fact that under the terms of the Soviet Constitution, upon Dissolution, Georgia was obliged to hold referendums in Abkhazia and South Ossetia upon status, but never did, refused and blocked. Again, the west backed the aggressor while Russia showed restraint.

The fifth stone was thrown in Libya, where the west sided with terrorists, again used military hardware against civilian structures and stood back watching while its terrorists on the west's own lists of proscribed groups sliced the breasts off women in the streets, raped their bodies before and after they were beheaded, raped their small daughters after forcing them to watch their parents being tortured to death and raped them repeatedly before and after they also were beheaded.

The sixth stone was thrown in Ukraine, where a motley bunch of fascists, terrorists, murderers, opportunists and thugs deposed the legitimate, democratically elected President, launched an OTPOR-style color revolution, fired on its own people to blame the police and tried to pave the way for its western masters to seize Russia's Black Sea assets in Crimea.

Nobody in the west had the emotional intelligence to realize that with the Dissolution of the Union came the call for new rules for the game and NATO's decades-old, belligerent plans should have been scrapped. If the Warsaw Pasct dissolved, why didn't NATO?

NATO and the west should have taken the opportunity to forge a new globalized world with globalized values in partnership with Russia. The last fifteen years have proven that while Russia is up to the challenge, the west is not because not a single western nation has shown the initiative to question NATO's plans and dialogue with Russia, with the exception, perhaps, to a certain extent, of Portugal.

Today, once again, the west has cast its lot with the demonic horde it classifies as "opposition" in Syria. If someone were to prowl the streets of London, Washington or Paris and perpetrate some of the atrocities carried out by this barbaric filth and called himself "opposition", would the police stand back and applaud?

The notion is as absurd as the west's approach to international relations. The solution? Perfectly simple.