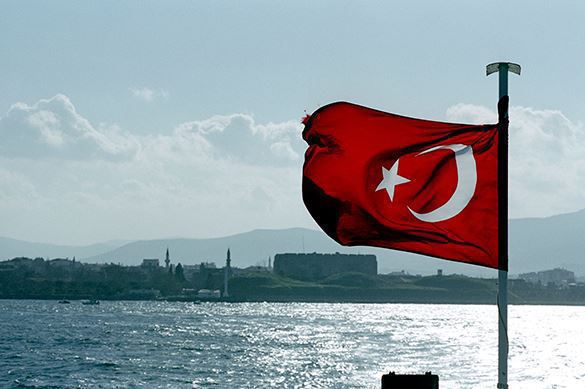 After the start of normalization between Turkey and Russia, and the subsequent coup attempt on July 15, Turkish and Russian governments stepped up their efforts to solidify an alliance. Both countries began developing common strategies with respect to regional issues, most notably those regarding the Black Sea and Syria. It is also expressed that once this alliance reaches maturity, Iran, Azerbaijan and even Pakistan might also join in. As a matter of fact, Iran started to take steps in that direction and initially made its Hamedan airbase available for use by Russian planes.

This alliance, proposing that only the regional nations can find solutions to the regional problems, is a valuable step that has real potential to bring peace longed for by the entire world. However, this is certainly not the first instance of a rapprochement between the two nations. In 1833, the Treaty of Hunkar Iskelesi (Unkiar Skelessi) brought about a joint defense alliance. Sultan Mahmud II and Russian Tsar Nicholas I prudently realized that such a treaty could block the plots of third party countries. According to the treaty, if one party requested military assistance, the other would offer that help with all its resources. Furthermore, according to the confidential clause of the treaty, in case of a war, the Ottomans would close Dardanelles to all warships except for the Russian ships.

This treaty became possible due to Russia's support for Ottoman during Mehmet Ali Pasha's riot. Upon the request of Mahmud II, the Russian army helped suppress the riot. Mehmet Ali Pasha, who had achieved military successes against the Ottoman army up to that point, dared not fighting the Russian army and signed the peace deal. This move effectively ended the riot. The positive outcome prompted the two leaders to make their cooperation official.

With the Treaty of Hunkar Iskelesi, two sides guaranteed the safety of each other. However, even though the treaty was confidential, the European countries managed to acquire its details with the help of the British ambassador Ponsonby. Britain and France immediately protested against the treaty and British fleets were dispatched to the shores of Izmir. Facing such reaction, Ottoman Empire had to retreat and signed the Baltalimani Treaty with the British, which included heavy economic terms. Due to European threats of war and political pressure, the treaty had been revoked by the London Treaty of 1840.

One can see similar traces of foreign intervention in the wars between Turkey and Russia. Two countries were pitted against each other over and over again by means of insidious plans, and war was shown as the only solution. Spies, diplomats, treacherous soldiers, double-dealing politicians, paid warmongers in the media considered their personal gains over their respective countries' interests. As a result, two neighboring countries fought while others took advantage of these conflicts.

Another example of the historical Russian-Ottoman rapprochement took place during the reign of Sultan Abdulaziz. Son of Mahmud II, Abdulaziz too considered Russia a close ally and friend and started an alliance process one more time. Russian ambassador to Istanbul, Mr. Ignatiev mediated in this process of friendship. However, once again, a group of British-sympathizing soldiers staged a coup and ousted Sultan Abdulaziz. The policies of Mithat Pasha, who came to power, ''British'' Said Pasha and the new sultan caused another war between the Ottomans and Russians, which ended with a death toll of 250 thousand people.

Similar plots and schemes continued throughout 18th and 19th centuries and gave rise to a total of six wars. During these wars, certain European countries led by the British, sometimes sided with the Ottomans and sometimes with the Russians. These powers, provoking and giving rise to the wars, then acted as mediators to assist in signing peace treaties. Regardless of the winner on paper, it was actually both countries who lost in all those wars. Innocent people died, cities came down and both empires eventually collapsed as a result of such plots.

In the 20th century, Turks have always received a friendly hand from their northern neighbor Russia. For instance, it was the Russians who revealed the existence of the Sykes-Picot Agreement. During Turkish war of independence, we enjoyed military and financial support from Russia. Indeed, as a gesture of appreciation, statues of two Russian generals, General Frunze and Marshall Voroshilov were erected in Taksim Square, the heart of Istanbul, among others who won the Independence War. Russia supported the Turkish industrial efforts during the first years of the Republic. This friendship contributed in the recovery of war-torn Anatolia. However, our young Republic fell victim to similar past plots; whenever the two countries created warm friendly ties, civil unrest and military coups followed in Turkey. Clearly, certain circles didn't like the friendship between Russian and Turkish nations.

20th century brought pains to both nations. Russian and Turkish lands were occupied, dismembered and foreign powers made ambitious plans to share them. Nevertheless, the brave people of the two countries didn't allow such sinister plans to be successful, even if it meant losing their lives.

In the 21st century, under the leadership of President Erdogan and President Putin, the two countries started on an unnamed alliance in areas of politics, economy and trade. Mega projects were announced one after another. Joint companies and friendships were established. Russians and Turks enjoyed the comfort of friendship and fraternity. Even the regrettable incident of plane downing in December 2015 was not able to eclipse the long-time friendship. Despite the heavy domestic and foreign pressure otherwise, Turkey and Russia entered a normalization process and today continue to improve their relations, picking up where they left off. There are no longer any obstacles before the two countries' common action. We have to pay special tribute to President Putin and President Erdogan for their devoted efforts to making this friendship possible.

It should be remembered that countries that built great civilizations in history will never completely disappear. Indeed, both countries today enjoy sizable influence and power in their regions. As a matter of fact, Russia hosts a Muslim population that is larger than many Islamic countries. 20 million Muslims in Russia are siblings to the nations of both countries. Considering this magnificent power potential, it is obvious that only the Russian-Turkish alliance can bring peace to conflict zones. Therefore, it shouldn't come as a surprise that some circles that feed off wars are targeting this alliance. What the 230 million people of Russia and Turkey should do is to protect our common goals with all our might and work to further reinforce this unity.