Why the US government loves to hate President Putin 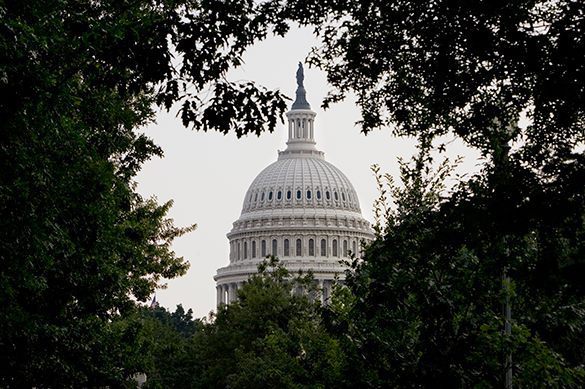 As the US government, ruled by the Military Industrial Complex (MIC), the Central Intelligence Agency (CIA), the Republican and Democrat Neoconservatives and Zionists, feverishly pushes the nations of the world towards a nuclear holocaust, only one man stands in their way.   That man is Vladimir Putin, the President of Russia.

As a 69-year-old, Vietnam War veteran and patriotic citizen of the greatest democracy that the world has ever known, I am shocked to come to this conclusion.  All my life, from the days when I was a child in school and taught to "duck and cover" under my desk to prepare for a nuclear attack from the Soviet Union, to the days when we almost started World War III after President Khrushchev put nuclear missiles in Cuba, I've been taught to fear and hate the Soviet Union.  And today, even though the Soviet Union collapsed over twenty years ago, I still hear, see and read the same negative propaganda reported through the US news media to the American citizens about Russia.  The May 19, 2014 cover on TIME magazine, for example, is a photograph of President Putin with the label of "Czar" printed over his face.  The article states: "Vladimir Putin has seized the Crimea and destabilized Ukraine."  The authors go on to write, "Without sending a single tank across the border, Putin has engineered an armed rebellion in the country's eastern provinces, where well-armed pro-Russian militias control cities, towns and government buildings."   In summary, the article maintains that President Putin is hungry for power and will re-build the Soviet Union unless the US and European countries, through military strength and economic sanctions, stop his imperialistic goals.

Joining in the daily attacks on President Putin and Russia, are US politicians such Hillary Clinton, for example, who continually criticizes President Putin and has even compared him to Adolf Hitler.   Specifically, she said that Hitler used the excuse to save Germans living in Sudetenland from the Czechoslovakian government, to invade that country and because the nations of the world allowed him to do so, he then invaded Poland and started WWII.  And today she maintains that although President Putin is telling the world that he wants to help the Russians living in Ukraine, his real goals are much more sinister, aggressive and expansive.    Specifically, she says that President Putin wants to, "'Re-Sovietize' his neighbors in a move that threatens the peace of Europe."

I question, why does the US government and the US media despise President Putin so much? I thought that the "Cold War" ended with the collapse of the Soviet Union.  However, recently President Obama (who won the Nobel Prize for Peace) has authorized the spending of one billion taxpayer dollars on the buildup of NATO weapons and troops in Europe.  Does President Obama really think that the country that defeated Germany (with the help of the Allies) in WWII, at a horrible loss of 27 million men, women and children, will be intimidated by NATO?  Does he really think that the Russian people, who were forced to rebuilt their own country after the devastation of World War II, and have endured the extreme sacrifices associated with such a monumental task, will be hurt by his trade sanctions?

Abraham Lincoln wrote, "The way to destroy your enemy is to make him your friend."  However, the US government does not want to be friends with Russia.  The Republican and Democrat Neoconservatives who crave war, along with the MIC that make billions of dollars in profits from war, the CIA that exists to topple governments, and the Zionists who control the US news media and much of the US government, have deliberately taken the US military from one "little" war in the Middle East to another.  More specifically, with Zionists Paul Wolfowitz, Richard Perle, Dick Cheney, Donald Rumsfeld, and others, pulling the strings of President George Bush Jr., the US military invaded Afghanistan in 2001, and Iraq in 2003; destroying the government of Saddam Hussein and then executing him.

Presidential candidate Barack Obama campaigned with the slogan, "change we can believe in"; however, once he became president in 2008, and felt the influence of the Zionists, the Military Industrial Complex and Neoconservatives in the US government, nothing changed.  Instead, he ordered the attacks on Muammar Gaddafi's government in Libya (consisting of 1,700 NATO bombing missions), which eventually led to Gaddafi's murder and the destruction of his government.  And now Obama is trying to destroy the government of President Bashar al-Assad in Syria and kill him, too.  President Obama has also authorized the CIA drone missile attacks in Somalia, Yemen and Pakistan.  And all this carnage is going on while Israel is free to bomb and slaughter the Palestinians who are trapped in the concentration camp called Gaza.

Why does my government, which is supposed to follow the Constitution of the United States as written by our founding fathers, which warns not to waste time and money in foreign wars, aggressively attack all of the aforementioned countries in the Middle East?  Because war makes money for the MIC, offers the CIA and the Republican and Democrat Neoconservatives an opportunity to take over the world and also allows the Zionists, who control much of the US government, the opportunity to make Israel the most powerful country in the Middle East.      After I returned from the Vietnam War, a war that murdered over 58,000 of America's youth and maimed another 330,000, killed over one million Vietnamese civilians, cost the American taxpayer $170 billions of dollars and achieved absolutely nothing, I began to question the real motives of those who govern my country.   And the more I studied the corruption of my government, the more I began to appreciate the wisdom of James Madison who warned, "The truth is that all men having power ought to be mistrusted."

It was President Dwight D. Eisenhower, before he left office in 1961, who tried to warn American public of the threat to our nation caused by the greed of what he called, the Military Industrial Complex (MIC).  He recognized that corporations in America have always made millions of dollars by manufacturing the weapons of war.  And consequently, he said that it would be profitable for these corporations to pay our politicians (through campaign donations) to engage in war someplace in the world, whenever possible.   The fact is that if there is peace in the world, then all the gigantic corporations that produce weapons of war will go bankrupt.

President Eisenhower also worried for the security of our country if a man was elected president who was too weak and insecure to stand up to the power and intimidation of the Pentagon generals and the corporate executives of the MIC who need war to make a living.  His warnings and fears came to fruition when George Bush, Jr. stole the 2000 presidential election from the American people and started wars in Afghanistan and Iraq and continued his war crimes following his reelection in 2004.  Tragically for the American people and the world too, President Obama has also been too weak to stand up to the MIC; moreover, because of his blind support of Israel and the Zionists who control the US Congress, he has increased the CIA's drone strikes all over the Middle East and ordered more bombings of Iraq and recently, Syria.   And his only response to the countries of the world that express outrage over Israel's slaughter of the Palestinians trapped in Gaza is, "Israel has a right to defend itself."

The yearly budget for the US Department of War (ironically called the Defense Department) is almost 1 trillion dollars.  There are huge profits to be made in war, while peace means unemployment for the executives of the MIC.  Not surprisingly, the war mongering Republican Neoconservatives and Zionists, are cowards who will not fight in war, nor will they allow their children to do so.  They will, however, gleefully send the young poor kids off to go fight and die for their imperialistic goals, corporate greed and servitude to Israel.  For example, former vice-president Dick Cheney, the former CEO of Halliburton, evaded being drafted into the military during the Vietnam War by obtaining FIVE deferments.  However, he constantly calls for more war as long as his children and grandchildren don't have to fight and die in it.

However, the main reason for the US involvement in the bombing, drone attacks and invasion of countries in the Middle East, is to allow Israel to become the superpower of that region.  That is why the world hears the US Congress, which is controlled through the Zionist lobbies of the American Israel Public Affairs Committee (AIPAC) and the Anti-Defamation League (ADL), along with the Republican Neoconservatives and the CIA, calling for the overthrow of the Syrian and Iranian governments.   After the governments of Syria and Iran fall to the US military, then Israel will take its place as the supreme power in the Middle East and rule accordingly.

So why hasn't the US government attacked Iran, as the Israel's Prime Minister Benjamin Netanyahu is hysterically demanding?  It's because they know that President Putin will keep his word and respond with Russia's military force which will quickly escalate into World War III.  The Zionists and Neoconservatives, who rule the US Congress along with the CIA, only fear one man in the world and that man is President Vladimir Putin.  The Zionists, Neoconservatives and the CIA, do not fear the destruction of any other country in the world; however, they do fear the destruction of their own countries.  And that's why they are determined to undermine the power of President Putin in Russia because once he is removed from power, they are confident that they will be able to intimidate his successor and attack Iran without fear of Russia's retaliation.  In other words, the man standing in the way of World War III is President Vladimir Putin.