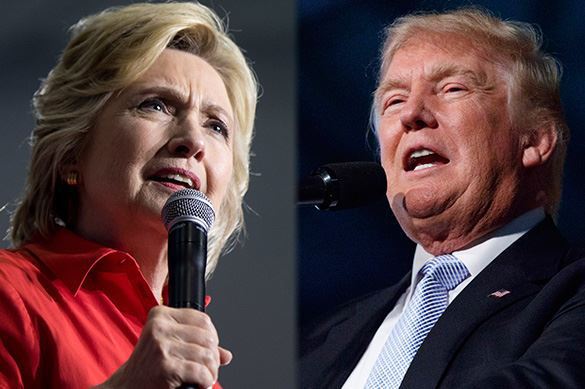 The world knows that the 2016 US presidential horse race features two cartoonish characters that are perhaps the most polarizing figures in American national politics. Hillary Clinton and Donald Trump appear at a tenuous moment in the world's history as economies struggle, infrastructure collapses, nations crumble, and the political systems, at least in the US and Europe, are viewed with disdain by a majority of citizens.

In the USA, the drumbeats for war seem to be getting louder. US Secretary of Defense Ash Carter uses a truncated version of David Letterman's Top Ten List to rank the most dangerous threats to the USA: 1. Russia; 2. China; 3 Iran; 4. North Korea; and 5. Islamic State/Terrorism. The demonization of Russia and the references to Islamic State as a cancer or virus recalls Whitehead's Cannibal War Machine.

Like or hate Trump, the media bias against him for challenging the neoliberal order is astonishing, harkening back to Cold War thinking. He is vilified out of fear he might shake the old order up: Reorder NATO, work with the Russian president, focus money on US infrastructure.

US Crushing it in Asymmetric Information War

The US is waging a highly successful asymmetric war against Russia which that country can hardly match given the US Instruments of National Power (INP), one of which includes "media" under the INP "Information." The mainstream media propaganda campaign against Russia has been so successful that a Russian swimmer who served a suspension for illegal drug use and was cleared to compete in Rio was booed by fans and publically admonished by an American swimmer. The US does not even want the viewing public to see the flag of Russia raised during an NBC broadcast at the US Olympic Games. US sportscasters, and their counterparts in US owned media outlets in South America, pound into the viewing public's collective minds that Russia is "enemy number one." The penetration of the DNC computer network blamed on Russia comes at a moment when US dominated media coverage of the Olympics can be used to amplify the information warfare campaign against Russia and its comrades in Carter's Top Five enemies list.

The New York Times, Washington Post, mainstream/cable news reek of polemic and government "officials" in a stunning disinformation campaign while at the same time they try to dismiss Clinton's continued flirtation with the FBI/IRS over email, the shenanigans of the Clinton Foundation, and her militaristic "love a man in uniform", and her coup instigating past. Even former military commanders and the CIA have gotten in on 2016 presidential campaign.

General Martin Dempsey, USA (Ret.)--former chair of the Joint Chiefs of Staff (JCS)-and General Joseph Dunford, USMC, and current chair of JCS, are so alarmed at this development that they publically warned military personnel about getting involved, vocally, in the 2016 presidential election.

It's like a Sharknado movie or better still, a nutty cartoon. Perhaps it is better to think of Clinton and Trump as the cartoon characters they are.

Cruella de Vil was the evil female villain in 101 Dalmatians. She is described by Wikipedia as being "the tyrannical figure in the marriage, and her husband as a meek, subservient man who seldom speaks and obeys his wife entirely. Cruella expresses her sinister interest in the Dalmatians, remarking how she and her henpecked husband have never thought of making clothing from dog pelt before. Yet seeing the spotless skins of the newborn puppies she is revolted and offers to have them drowned at once; her way of getting rid of animals she views as worthless, including dozens of her own cat's kittens. Upon a second visit to the house she picks up the mature puppies and treats them like clothing to be worn."

Replace puppies with 70 percent of the US population and you get a fine sense of what she really thinks about the vast majority of Americans. If she had her way she'd get the names of all the citizens who will vote for Trump and have them pilloried or sent to the gulag.

Trump is the Captain Klutz of the US political scene. He is running close to Cruella in spite of his wacky statements and the clumsy carnival that is his campaign. It is like watching a bizarre Saturday Night Live episode (one in which Trump appeared).

Captain Klutz, or Ringo Fonebone, can't handle the "normal" life, according to a Lutz fan site: Klutz "usually succeeded in capturing the bad guy in spite of himself. As a child, Fonebone did nothing other than read Brap Man, The Blue Blockhead, Baboon Boy, and other comic books, leaving him with little aptitude for normal human activities."

Trump is a bona fide member of the US "1 Percent" having lived anything but a normal human life and who knows what his reading list included. His gaffs somehow earn him more supporters, like Captain Klutz's goofball actions help save the day.