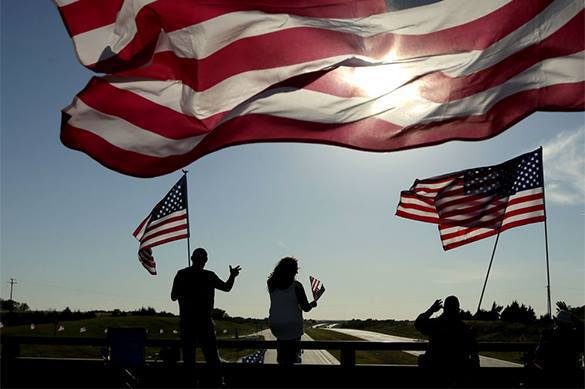 Law enforcement officers ambushed and killed in Baton Rouge and Dallas by those using guerilla warfare style tactics. Is this any different that the Sunni "terrorists" who killed U.S. soldiers in Iraq?

How about the Nice, France truck bomber? Was he any different than Timothy McVeigh who parked a truck bomb outside the Murrah Federal Building in Oklahoma City killing 168 and wounding scores more?

Nearly 16000 Americans murdered each year. Are not murderer's terrorists?

And a country at war with itself, politically polarized and rigidly classed to the point that lyrics in the 1960's songs like Steppenwolf's Monster and the Temptations' Ball of Confusion speak directly to the developing catastrophe to come.

First Peoples, Latino, Black, Jewish, Asian, White, Transgender, Gay, Lesbian, Bisexual, Catholic, Wiccan, Protestant, Muslim, Heterosexual, Arab, Amish, Persian, lives matter and so do many non-human lives. But there are so many lives-that-matter interest groups, whose members work in every profession in America-legal and not--with so many divergent and cultural agendas, that it is impossible for anyone in any leadership position from gang leader to political leader to placate them all.

And with each passing day they fear the other group's that "matter". Blacks fear cops, cops fear for their lives from all the "matter" groups. Muslims deride the Christian and Jewish of "The Book" as infidels.

Some "matter" groups want punitive damages paid to them for sins committed by slavery and racial exclusion for nearly 200 years. Others seek to exterminate Western European and US infidels by beheadings and acts of terror and restore the world as it was 500 years ago. Some "orthodox" matter groups normally called cults, seek isolation from the general population, discourage interaction with it, yet reap the rewards that a relatively stable and secure country provide.

Still others, those gilded stovepipe denizens, who claim to breath air more purified-therefore leading to clearer thinking-believe the "remainder", say 90 percent of the populace, to be knuckle dragging humans who need to be collared and led to a promised land. They see themselves as a sort of Moses who is the only one allowed to talk to God and lead the tribe.

And there are the "religions that matter" who seek to maintain their churches and cathedrals by coercing the followers to go to those buildings to worship as necessary when scripture maintains it is not.

I apologize here concerning Moses because I don't know what type of "matter" Moses was besides that he led the Jewish people out of Egypt. Perhaps he was one of the letters of this acronym: LGBT. Maybe he was a feminist aupporter. Maybe he was black.

And I also apologize to Allah and Krishna and to the Christian God and Satan because I don't really know who is in charge.

I must do penance too because I am white and I'm writing on the white background on MS Word and all the letters and numbers are white too. The clouds floating in the sky are white and the pages of the Bible, Koran, Bhagavad Gita, and Maurice Blanchot's, The Infinite Conversation, that sit atop my nightstand, are all white too. Of course I am male too and that means I carry inherent bias against women too and anyone else but my demographic.

With American society exploding like the Big Bang and spreading apart like the galaxies in universe, there is no centralizing force to bring them closer. So what now?

Can't we get along? No. Our hands must be forced if the madness is to stop.

What happens when the standing Army, military forces, become more progressive than civilian society? All the "matter" groups are represented in the US national security machinery-even the closet terrorist--yet they are forced; indeed, agree when they become military personnel, to obey orders, get along, or get out.  It's a radical change for the institution and serves as a model on forcing people together with authority.

There is even a Wikkan worship site at the USAF academy. In one form or another, all the "matter" groups are celebrated openly at the Pentagon in Washington, D C, most recently the T in LGBT. Muslims are honored. First Peoples, women, Latino and blacks are praised openly.

Humans are, in the end, a nasty species. We kill each other because we think we "matter" more than the Other. We deceive at every turn in the interests of ourselves, family, friends or belief. We even destroy fellow non-human creatures with impunity. We are undisciplined, disinclined to political discourse and favor the mind-numbing delights of television. Here in America we are armchair citizens active on the World Wide Web, not in communities or the streets.

And we actually do not find it a "guilty pleasure" any longer to watch the killings, beheadings, and suffering on the television. It's a pleasure, now with the thinking something like this: I can't wait to kick back in my chair with IPhone, laptop and TV on so I can watch cop shooting whites, blacks, Latino's, Asians, Arabs; the latest terrorist acts around the globe; video footage of drone strikes; "expert" blatherskites hawking their banalities on the news networks; and then, of course, the latest episode of Naked and Afraaid.