The perils of agenda-driven "justice"

Any college student who has majored in Criminal Justice has undoubtedly suffered through a "Corrections" class.  Although this class deals primarily with the mechanics of Probation, Incarceration, and Parole, it also examines the differences in correctional theories.  One of the most important of these is Specific Deterrence vs. General Deterrence. 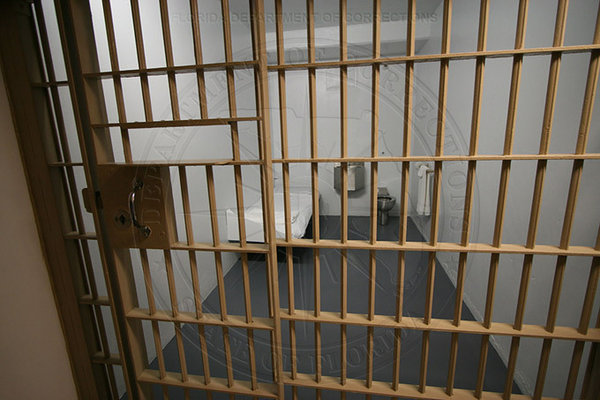 Specific Deterrence Theory contends that criminal sentences should be crafted to the offender.  Elements that judges and prosecutors consider would be if the offender expresses remorse, accepts responsibility, and his/her likelihood of reoffending.

Critics of Specific Deterrence argue that this approach often results in individuals convicted of the same offenses receiving vastly different sentences based upon their race, gender, economic status, and even where they or their victims reside.  In addition, the personal biases of judges can influence the degree of one's punishment.  Perhaps the most notorious example of the outrage Specific Deterrence can cause is the case of "affluenza teen" Ethan Couch, who was given a relatively light sentence after killing four people, and injuring nine others, while driving under the influence.

General Deterrence Theory, by contrast, contends that criminal sentences should not be structured towards offenders, but to the offense.  Under this theory, judges and prosecutors consider only one question:  What kind of "message" will a prosecution or sentence send to dissuade others from committing the same, or similar, crimes?

In today's America, for example, it is not difficult to find so-called legal "experts," like Nancy Grace, fulminating about how a light sentence, the reduction or dropping of charges, or an outright acquittal sends the "wrong message."

Critics of General Deterrence Theory argue that it makes the guilt or innocence of a criminal defendant subordinate to the "message" and creates biased prosecutors and judges who believe that the need to demonstrate they are "tough" on particular crimes is more important than facts and evidence.

Largely because of these so-called "legal" experts, General Deterrence Theory has become the predominant ideology in American society.  Nowhere is this more evident than in cases of sexual assault and domestic violence.

Recently, several news articles have discussed the "Title IX" quandary.  Title IX is a federal law designed to reduce sexual assault and harassment on college campuses.  Although this statute is obviously noble in intention, the fear of Title IX lawsuits has compelled many colleges to implement unbalanced procedural processes that unjustly favor the accuser and are more focused on "punishment" than truth.  As a result, several students wrongfully penalized under Title IX are filing lawsuits attacking these procedures.

And one cannot read the so-called "news" in America without learning about the domestic violence accusations leveled against actor Johnny Depp by his wife Amber Heard.  Predictably, many users of social media have already "hunkered" down into opposing camps:  Those who are taking Heard's accusations as fact, and those who are viewing her as a spiteful liar looking to enrich herself at Depp's expense.

Therein lurks the dilemma that General Deterrence can create:  Sexual assault and domestic violence victims, who are often maliciously blamed for their plights, can be revictimized, further traumatized, and even potentially silenced if faced with the prospect of navigating through embarrassing, complex, and often degrading obstacles in order to obtain justice; But unfounded allegations of such crimes can  unjustly stigmatize and humiliate those accused, destroy their careers, and/or increase their risk of wrongful punishment through the weakening of procedural safeguards.

As comedian Doug Stanhope, a friend of Depp, recently wrote in The Wrap:  "The fact that Hollywood and the entertainment industry at large-f***, society as a whole-turns a blind eye to domestic violence is abhorrent.  But the tides have turned in such a way that the mere allegation that such a crime has occurred leaves the person accused as guilty without due process."

Even though social media and the prevailing viewpoints of society as a whole can have a detrimental and ostracizing impact on the lives of the accused or accuser, it can be particularly devastating when an agenda-driven mentality infects those working in the criminal justice system.

After all, this system is supposed to be about using facts, logic, and evidence to discern the truth, and is not supposed to be swayed by emotions or agendas.  But, from personal experience, I can attest that this is rarely the case.

In discussing the examples below, I will be revealing the genders of those involved.  I do this to illustrate that agenda-driven prosecutorial and judicial decisions are not necessarily dictated by the gender of the prosecutor or judge.  Also, to achieve balance, I will discuss two cases where a male and female victim were wrongfully charged as criminals.

In the first case, my client was charged with a felony for cutting her boyfriend on the arm with a knife when he tried to forcibly sodomize her.

At the hospital, he told emergency room personnel that he had accidentally cut himself with a saw, and only filed charges after my client refused to see him again.  She was now facing three to ten years in prison.

Throughout the legal proceedings, he incessantly attempted to exploit the charges against her, telling her he would drop them if she would resume their relationship.  After her repeated refusals, he ultimately broke into her home, sexually assaulted her, and was attempting to murder her when police arrived.  Although he was tried and convicted for these crimes, it still outrages me to think that they might have been prevented if the criminal charges against her had not created apprehension about her ability to use a weapon to defend herself.

The judge who presided over this sexual assault trial also happened to be the judge in her pending case; therefore, I believed that, after hearing about the horrible abuse she suffered, he would be receptive to dropping the charges against her.   Instead, he angrily proclaimed that "I was seeking special treatment for her, because she is a woman."

Around this same time, I was also defending a young man accused of domestic violence.  His alleged victim, an ex-girlfriend, had telephoned him late at night expressing suspicion that a car full of men appeared to be following her home.  She requested that he drive to her apartment to escort her inside.

He went to her apartment as instructed and noticed that the lights were on, but, when he called, she didn't answer.  Now extremely concerned, he knocked on her door, only to discover her drunkenly partying with the very men she allegedly feared.  When he questioned her about this, she angrily stated that it was none of his "f***ing" business, dug her fingernails underneath both his eyes, and scratched him down both sides of his face.

He left her apartment and immediately called the police.  The investigating officer took photographs of his injuries and, while writing his report, called the ex-girlfriend to "get her side of the story," but she hung up on him.

When my client got home, he was shocked to discover that she had left several angry messages on his answering machine, castigating him for calling the police and demanding that he get his "a**" back over to her apartment.

A few days later, he was even more shocked to receive a summons in the mail charging him with domestic violence based upon a complaint she had filed more than two hours after the incident.

At the pretrial conference, both the investigating officer and I related the facts described above to the female prosecutor.  We also showed her the photograph of my client's injuries and asked her to play the answering machine tape.

Instead, she dismissively responded that my client's injuries were probably "self-inflicted," and produced her own photograph showing the alleged victim with one barely visible fingernail indentation on her chest.

It was then I realized that, to this prosecutor, the facts of the case were irrelevant to her stereotypical agenda that only men could be guilty of domestic violence.

Fortunately, on the actual trial date, this prosecutor was unavailable, so another female prosecutor was assigned to try the case.  Unlike the first prosecutor, she actually believed in the concepts of "beyond a reasonable doubt," and "innocent until proven guilty."  So, prior to trial, she asked the alleged victim to explain how my client's face had been scratched, why she had waited two hours to file a complaint, and why, if she was so terrified, had she called my client numerous times during those two hours demanding that he return to her apartment.

When she denied making these calls, the prosecutor showed her the answering machine tape, causing her to blurt out, "Well, maybe I wanted to beat his a** again!"

So there it is:  Two people wrongly accused, one male and one female; two false accusers, also male and female; and two agenda-driven cases that had nothing to do with justice.

Doug Stanhope is right:  We should indeed be repulsed by certain crimes and the people who commit them, but we should also fear the prospect of living in a society where the decision to accuse, vilify, and/or punish people (or, in some cases, to not accuse, vilify, and/or punish them) is motivated more by the "message" allegedly being sent than by the facts.  Accusatory fingers can be pointed with the support of truth, but they can also be guided by greed, jealousy, revenge, paranoia, delusion, anger, guilt, prejudice, hatred, ambition, coercion, and malice.

Unfortunately, there are numerous facets of society that will continue to embrace such accusations, and condemn people because of them, simply because their agendas dictate that they ignore any facts, evidence, or logic that contradicts their narrow-minded beliefs.

There has been more than enough evidence throughout history to prove that honesty or dishonesty is not exclusive to any particular race, religion, nationality, age, economic or social class, occupation, political view, or gender.  It doesn't take much effort to point accusatory fingers.  Yet even a  lifetime of suffering might not overcome the harm they can create.