What is America…Does it have a conscience? 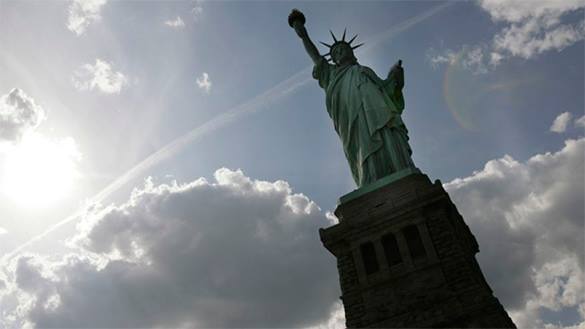 My story: In 1967 I was on board the USS Intrepid in the Tonkin Gulf. On Oct. 23 of that year I jumped ship in Japan along with three other sailors. We made a film in which we declared our opposition to the war in Vietnam, which was aired at a press conference as we were living underground.

Within weeks we exited Japan by stowing away aboard the passenger liner Baikal and landed in Russia. Soon we were in Moscow repeating our stand on live TV. We were called the Intrepid 4. I learned much about the Russian people and just how much they had lost fighting against the Germans in World War II, 20 million stalwart citizens to be exact.

I found the people warm, smart, compassionate and deeply wounded by that war. We flew to Sweden within months and applied for humanitarian asylum. I lived there for 31/2 years then returned to the US in 1971. The war was still being waged. I was determined to continue to fight against it.

However, I was arrested and incarcerated in a military prison and put in solitary confinement. That was 50 years ago and I still believed in my country and thought we, (my post-WWII generation), could end the war and get the nation on the right course.  But that idealism was misplaced and delusional.

I will return to continue the above narrative after a brief but important digression.

This past week while the country was commemorating the fallen soldiers of its many wars 24 people were murdered in Chicago alone. They will be added to the FBI's list of homicides that has averaged 10-13,000 every year for decades. That is more than are murdered in all of Europe in a single year by far.

America's penchant for violence goes far beyond its borders as we all know. The country has been at war continuously since 2003.  In the process the War Machine has slaughtered enemy combatants and civilians in Iraq, Afghanistan, Syria and more.

The documented civilian deaths in Iraq total between 150, 000. Include soldiers and the total soars to 220,000.  That is not all, "Over 91,000 Afghans, including civilians, soldiers and militants, are recorded to have been killed in the conflict and the number who died through indirect causes related to the war may include an additional 360,000 people."  (Wikipedia)

My government, though I disown it now as then, has also been intimately involved in the conflicts in Libya, Syria and the Ukraine. The slaughter, the total death toll is staggering and the blood- stained trail leads back to Washington, DC.

But this is not 1967, there is no vocal, militant antiwar movement marching in the streets in protest. Instead of honest war correspondents we have 'embedded' corporate lackeys only the most naive call journalists. Instead of the diverse independent press we had back then, we now have 6 corporate conglomerates force-feeding my fellow citizens, 'infotainment'.

I shudder when I see people more concerned about a pop stars latest hairstyle than serious news. Do they know about the carnage, do they even care? I honestly do not know what this country is anymore.

In fact it lost its claim to being a democracy according to both ex-president Carter and a study conducted by Princeton and Northwestern Universities. Carter said it was simply an oligarchy now. A one party system whose symbol is neither a donkey nor an elephant but: $.

The academic study concluded:  "The central point that emerges from our research is that economic elites and organized groups representing business interests have substantial independent impacts on U.S. government policy, while mass-based interest groups and average citizens have little or no independent influence."

That is a polite way of saying America is an oligarchy using smoke and mirrors to convince the docile electorate that they live in a "democracy." I am starting to see that Americans are not so much passive but pacified in the manner of a defeated country.

President Eisenhower warned us in his 1960 farewell address and we failed to listen. After Vietnam when the protest, counterculture and alternative political party movements had been crushed, the Pentagon resumed building up its War Machine. In the process its false flag wars helped bankrupt the country along with the swindling bankers and corrupt politicians.

Meanwhile, the American people fell into a moral coma subsisting on no more than propaganda and 'bread and circuses' like their Roman counterparts long ago. The empire marches on toward the inevitable zombie apocalypse unaware that the world is not amused by its stupor and Russia and China will not roll over and play dead...