War: A requisite or a choice? 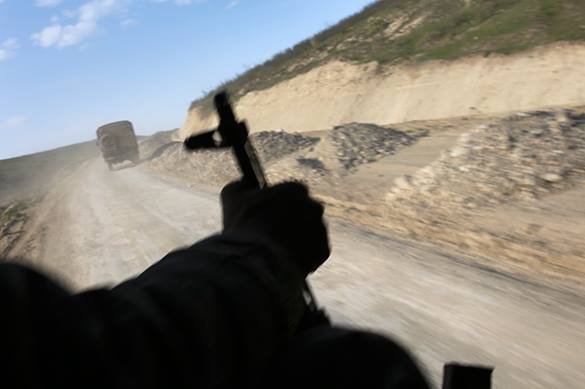 Wars have always been destructive and brought misery to the peoples both collectively or personally. Throughout history none of the parties involved in wars have ever obtained a favorable outcome even until the present and no one ever will in the future. Nevertheless, some leaders still adopt the desire to wage war against countries that they consider a threat, as though they are under a spell, despite that there is always an opportunity to resolve the issues through diplomacy. This case of fighting and war is not unique and only a matter in the present time we are living, the lust for war and bloodshed goes back to the times of Adam and how his son Cain rose against his brother Abel and slew him according to the Qur'an (5:27-30) and the Bible (Genesis 4:8).

Since the dawn of history wars have existed as part of human life as there have been more than 14,600 wars to date over the last 5,600 years. There have always been some preposterous reasons that have provoked wars varying from conquering new lands to expansion of empires to relentless competition between states, and of course some from the personal egos of some leaders and the martial desires of commanders and generals. Those who warred against other nations to gain more land had no idea then that wars would cause their own downfall. For example, the two world wars had grave repercussions on Europe and in one single century all the powerful states fell and all the empires that once ruled the world have disappeared. Moreover, in terms of world population and demographics the peoples of European descent have been dwindling in number for three generations.[i]

The concept of war has always surprised me because war means actual killing. How is it possible to expect a peaceful solution from murdering one another? Those who suffer the most due to wars are innocent people. In the wake of World War II, fifty-three million people lost their lives, 60% belonging to civilians and forty million people had to flee their homelands.[ii] These figures are enough to show the catastrophic effect of wars on human lives.  Yet, some leaders do not seem to take lesson from history and are falling into the same trap again because the disaster of killing has not come to a halt till now. During the last semi centennial, local and regional conflicts gave rise to the death of eighteen million people. Only from 1989 to 1996 the world faced 101 local conflicts.[iii] These conflicts that intensified in the aftermath of the Cold War paved the way for millions to flee their homes or even countries. For example, currently concluding its 5th year, the Syrian civil war has turned into a nightmare. This war started out as simple protests against the Assad regime, but morphed quickly out of control. Now hundreds of thousands have been killed and millions have been internally displaced or started a refugee life in a neighboring country, while those in power sit in their safe palaces. Regrettably, this refugee crisis turned out to be one of the gravest issues Europe faces today.

Another conflict that has been on the world agenda is the war in Afghanistan. US invaded Afghanistan as a casus belli of the 9/11 attacks. It's been 15 years and American soldiers are still there. We are all cognizant of the terrible consequences of this invasion, both on the American soldiers and on the Afghan people. It is an important piece of evidence that killing is not the way to end terror. On the contrary, it increases the number of people joining the terrorist groups whose families are killed in war or in drone attacks. Related news reports mainly focus on raw statistics representing these conflicts, like the number of casualties, injuries and destruction of cities. What we do not stumble across much is the psychological effects on individuals.

Regarding this troublesome ramification, we can number 15 different related psychological disorders of which the most common is known is Post Traumatic stress disorder (PTSD).[iv]  The concept of killing makes healthy people disturbed as we can see in a survey by the Department of State, combat veterans reported that killing an enemy soldier or witnessing one getting killed was more distressing than being wounded oneself.[v] Another interesting repercussion obtained in a 2013 analysis is that drone pilots who kill humans by a remote camera have the same PTSD rates as pilots who fly de facto war missions. Since its acknowledgement in 1980, the American military has the highest PTSD rate in history.[vi] These alarming figures make us think these figures will not come to a halt unless leaders decide not to find solutions through military means, in other words by killing. The current situation reminds me of the famous quote of John F. Kennedy: "Mankind must put an end to war before war puts an end to mankind."

To be frank, whatever the starting point may be, we are living in a world filled with hatred and fighting. There is a violent struggle to be selfish and not share and thus some leaders prefer to resolve problems with people through violence instead of love, compassion, knowledge and information. However, it is incredibly easy to communicate with people, to speak with them through the language of tenderness. Trying to resolve the issues by killing or hurting has become an unusual trend in the last century. Before applying such an unwise and immoral method, one should give thought of what war is and what consequences it will bring to people. People should be aware that war represents killing, blood and evil. Putting an end to this desire of war is not a duty of only the leaders but of all humanity. All the people of the world should come together to make serious protests against war. For instance, tens of millions of people could hold immense legitimate congregations saying that we do not want blood or violence in the world anymore because if we stay silent, this scourge will go on forever. We should express our desire to end wars with a tiresome attitude and teach the entire world the language of peace because wars are never a requisite but a choice for some people.

[i] Patrick J Buchanan, Churchill, Hitler and the Unnecessary War, How Britain Lost Its Empire and the West Lost the World, preface