Do we want to live in a world where the richest 1% owns 50% of the wealth? 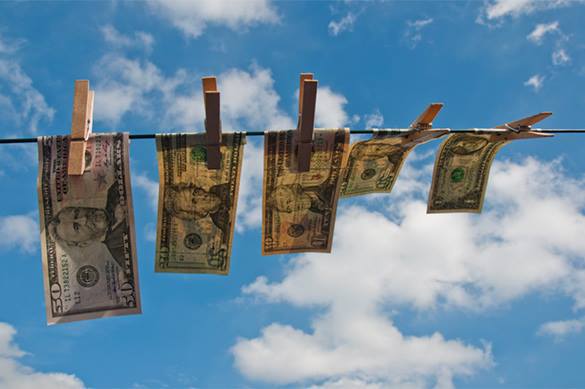 In 2011, the European Union published a report indicating the 10 biggest problems in the world according to the EU. In the survey conducted, EU citizens were asked to rank the problems they thought constituted the biggest threat to the world.  According to the survey, the problems EU citizens were concerned about are, in an ascending order: Proliferation of nuclear weapons, armed conflict, spread of an infectious disease, the increasing global population, availability of energy, international terrorism, the economic situation, climate change and poverty, hunger and lack of drinking water...

The report seems to explore these problems from the viewpoint of the people in the top 1% in terms of wealth. Today, everyone brings forth his own requests first before the others. A well-to-do person in the United States considers climate change as the major problem while microbiologists prioritize global epidemics. For political analysts, nuclear weapons, international terrorism and conflict zones such as India-Pakistan, Korean Peninsula or the Middle East are the problems requiring the most urgent interventions.

If we manage to focus away from the media propaganda for a moment to see the realities of the world, it would be easier for us to realize what the most urgent problem is. Today, 1.5 million people are without access to electricity. In six of the ten poorest countries in the world, the main causes of death are the diseases that can easily be prevented by adequate treatment such as malaria, cholera, lower respiratory tract and prenatal infections. 500.000 children go blind each year from a deficiency of vitamin A. As of 2015, one out of every seven people survived on $1.25 and four survived on $2.5 a day. This poverty is indeed the most important problem in world.

Actually, the reason underlying the problem of poverty is not the limited resources in the world, but the uneven distribution of wealth among people. The most extensive report on the income inequality in the world was published in 2014 by OXFAM, an organization which seeks to eliminate inequality. The Oxfam report indicates that the wealth in the world amounts to 250 trillion Dollars. It was the richest 1% of the world population that has accumulated the half of this amount, namely 125 trillion. The other half was distributed among the other 99%. Another striking finding was that the top 62 richest people in the world owned as much wealth as the poorest 3.5 billion combined in 2015. This figure was 400 people in 2010, only 5 years before the mentioned report. Furthermore, in 2010 the report indicated that 6% of the population owned 75% of the wealth. Bearing in mind that the total wealth of 1200 billionaires in the Forbes World's Billionaires list amounts to 4.5 trillion USD, it becomes apparent that our world full of wars and conflicts can no longer tolerate this inequality.

The gap between the rich and the poor has begun to grow rapidly since the beginning of the 20th century. Even though the increase in their wealth slowed down during wars and times of economic depression, the rich became richer and the poor made no progress or became poorer. Half of the total increase in global wealth throughout 20th century has gone to the richest 1% whereas the poorest 50% only received 1% of this increase in wealth. The wealth difference increased incrementally with the advent of the 21st century. Many researchers estimate that the difference between the rich and the poor will be much larger in our world that'll have a population as high as 10 billion in 2050. For that reason, they believe that the economic-based revolts such as the Occupy Wall Street movement representing the 99% will increase in number.

The rise of capitalism in the last 25 years caused the emergence of mega-rich people. The philosophy that "the winner takes all" and the economic policies adopted enriched the rich further. People are polarized as the super-rich and the super-poor as a result of mega-capitalism. The main reason behind such increase in the world inequality is the determination of economic policies by mega-rich people. Countries reduced the tax on investment incomes, allowed the markets to be controlled by monopolies and semi-monopolies and loosened anti-trust laws. Most importantly, the wealth of the world was distributed through financial manipulations. In the 2008 financial crisis, the central banks managed to maintain the system only by transferring billions of dollars to financial institutions, which led to many alternative movements which seek the rights of the less-privileged.

"The Occupy Wall Street" movement that started off with the slogan "We are the 99%" has been a cause célèbre. Only those inside the system or those who benefit from the system could really understand the structure of the financial markets due to their complex nature. An average citizen with no control over the system is the one who always loses in such an economy. The slogan "We are the 99%" represented the 99% who were forced to pay for the mistakes made in the financial sector that catered for the 1%. Bernie Sanders, the Democratic Party presidential candidate, based his campaign on this slogan. Even the wealthiest people in the world and the wealthiest economy in the world were complaining about the income inequality.

When it comes to the income inequality, we should not overlook the gender inequality as well. It is remarkable that 445 of the 500 richest people in the world are men and that 75% of the people living below hunger limit are women and children. Women from the richest to the poorest are forced to survive under the shadow of men.

A system, which looks after the interests of the rich, has been built by globalized economies. The countries under a harsh competitive environment are obliged to reduce the taxes, which brings about a reduction in the transfer of funds to social and environmental projects. Labor rights are being overlooked due to the extreme competitive pressure. Lower-income groups are forced to settle with less education, health and security services, causing the next generations to grow poorer. The people oppressed under the brutal face of capitalism look for the remedy on the streets. The Occupy movement organized street demonstrations in a total of 34 developed countries in the last ten years; some of them were peaceful whereas others ravaged the streets. In a similar way, the Arab youth, pouring into the streets against the system, ignited the fires of the movement of the Arab Spring.

The figures given are more than just statistics. In truth, those statistics represent an  African child starving to death, a Vietnamese woman struggling with diseases due to malnourishment or a worker in China having to survive on a handful of rice. This world serves as a common home for seven billion people. Nobody has the right to say "As long as I am able to live my life as I wish, the rest is no concern of mine." It is the people who prefer their everyday interest to the good of humanity that cast a shadow over the world. The flame of egoism is as violent as to tyrannize the entire world. The conscious people in the world are required to ally with each other in order to extinguish this flame of egoism.