It is more than possible to speculate why Prime Minister David Cameron has declared it his mission to scrap the Human Rights Act - which is incorporated into the European Convention on Human Rights - it appears he simply does not believe in human rights. 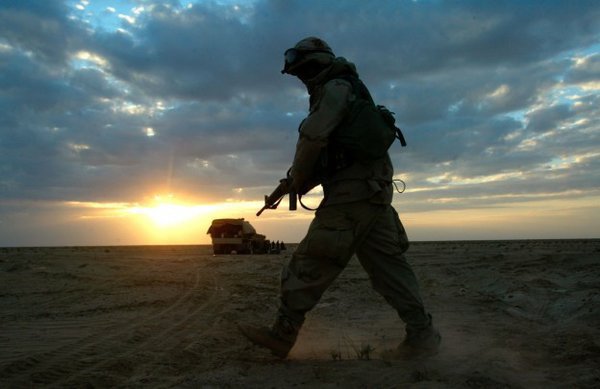 "Out of the mirror they stare,

And the international wrong."

For example, the fact that Saudi Arabia executed - including beheadings - forty seven people in one day last month, displaying their bodies from gibbets, failed to deter him from having British military experts to work with their Saudi counterparts, advising on which targets - and which people, it seems - to bomb in Yemen. Parliament has not been consulted, thus, without a chance to debate and vote, democracy too has been suspended

The fact that in May 2013 Saudi also beheaded five Yemenis, then used cranes to display their headless bodies against the skyline (Al-Akhbar, 21st May 2013) also did not trouble him. Neither did that by 10th November 2015, the year's total of executions had already reached one hundred and fifty one, the highest for twenty years, in what Amnesty International called "a bloody executions spree."

But why care about human rights or outright savagery when there are arms to be sold? As written previously, in one three month period last year UK arms sales to Saudi soared by 11,000%. From a mere nine million pounds the preceding three months: "The exact figure for British arms export licences from July to September 2015 was £1,066,216,510 in so-called 'ML4' export licences, which relate to bombs, missiles, rockets, and components of those items."

Cameron's government treats such barbarism with astonishing sanguinity. For instance it has come to light that in 2011 the UK drew up a list of thirty: " 'priority countries' where British diplomats would be 'encouraged' to 'proactively drive forward' and make progress towards abolishing the death penalty over five years.' "

Saudi Arabia was not on the list, an omission which Amnesty International's Head of Policy, Alan Hogarth called "astonishing." (Independent, 5th January 2016.) However, a Foreign Office spokeswoman told the Independent that: "A full list of countries of concern was published in March 2015 in the (UK) Annual Human Rights Report and that includes Saudi Arabia and its use of the death penalty."

Wrong. In the Report under "Abolition of the Death Penalty", there is much concentration on countries in the (UK) "Commonwealth Caribbean" and a casual, subservient nod at the US, but no mention of Saudi.

Under "The Death Penalty", Jordan and Pakistan, were mentioned, as was the: "particular focus on two ... regions, Asia and the Commonwealth Caribbean." Singapore, Malaysia, China and Taiwan, Japan (the latter, three executions in 2014) Suriname and Vietnam are cited. Saudi Arabia is nowhere to be found.

Under the heading Torture Prevention, there is a quote by David Cameron: "Torture is always wrong", (9th December, 2014.) Paragraph one includes: "The impact on victims, their families and their communities is devastating. It can never be justified in any circumstance." A number of countries are listed. No prizes for guessing, in spite of mediaeval torture practices, which is not.

However, under "Criminal Justice and the Rule of Law" there is:

What an irony as David Cameron is currently moving heaven and earth to halt legal action against British soldiers accused of acts of extreme human rights abuses in Iraq. As Lesley Docksey has written:

"The said 'brave servicemen' are in danger of being taken to Court over their abusive treatment, and in some cases murder, of Iraqi detainees during the invasion of Iraq.  Hundreds of complaints have been lodged with the Iraq Historic Allegations Team (IHAT), which was investigating between 1,300 -1,500 cases.  Many are simple complaints of ill treatment during detention, but some are far more serious:

* Death(s) while detained by the British Army

Worse, the British government is considering taking action against one of the law firms dealing with some of the cases, Leigh Day, with another, Public Interest Lawyers, in their sights. When it comes to hypocrisy, David Cameron is hard to beat.

Worth noting is that in the UK government's own list of "countries of humanitarian concern", according to the Campaign Against the Arms Trade (CAAT), the UK has sold weapons to twenty four out of twenty seven of them, with Saudi Arabia in a deal to purchase seventy two Eurofighter Typhoon aircraft in a deal worth an eventual £4.5 Billion.

"Aside from the purchase of the Typhoon jets, major deals between Saudi Arabia and British companies include a £1.6bn agreement for Hawk fighter jets and bulk sales of machine guns, bombs and tear gas.

"In fact, Saudi Arabia have access to twice as many British-made warplanes as the RAF does, while bombs originally stockpiled by Britain's Armed Forces are being sent to Saudi Arabia" - to currently decimate Yemen.

"The overriding message is that human rights are playing second fiddle to company profits," said CAAT spokesperson Andrew Smith, adding: "The Government and local authorities up and down the country are profiting directly from the bombing of Yemen. Challenging them to divest from Saudi Arabia ... is something people can do directly."

In the light of a fifty one page UN Report on the bombing of Yemen obtained by various parties on 27th January, Labour Leader Jeremy Corbyn called for an immediate suspension of arms sales to Saudi, pending the outcome of an independent Inquiry. David Cameron stated, farcically, that: "Britain had the strictest rules governing arms sales of almost any country, anywhere in the world."

However, in one of the key findings, the UN Report says: "The panel documented that the coalition had conducted airstrikes targeting civilians and civilian objects, in violation of international humanitarian law, including camps for internally displaced persons and refugees; civilian gatherings, including weddings; civilian vehicles, including buses; civilian residential areas; medical facilities; schools; mosques; markets, factories and food storage warehouses; and other essential civilian infrastructure, such as the airport in Sana'a, the port in Hudaydah and domestic transit routes."

It also reported cases of civilians fleeing and being chased and shot at by helicopters.

Moreover it stated that the humanitarian crisis was compounded by the Saudi blockade of ships carrying fuel, food and other essentials that are trying to reach Yemen.

The panel said that: "civilians are disproportionately affected" and deplored tactics that: "constitute the prohibited use of starvation as a method of warfare." (Emphasis added.)

David Mepham, UK Director of Human Rights Watch commented: "For almost a year, (Foreign Secretary Philip) Hammond has made the false and misleading claim that there is no evidence of laws of war violations by the UK's Saudi ally and other members of the coalition."

The UK Ministry of Defence, declining to say how many UK military advisers were in Saudi Command and Control Centres, said that the UK was: " ... offering Saudi Arabia advice and training on best practice targeting techniques to help ensure continued compliance with International Humanitarian Law." (Guardian, 27th January 2016.) Yet another quote from the: "You could not make this up" files.

It has to be wondered whether the Ministry's "best practice targeting techniques" includes the near one hundred attacks on medical facilities between March and October 2015, a practice which compelled the International Committee of the Red Cross, in November, to declare the organization: "appalled by the continuing attacks on health care facilities in Yemen ..."

They issued their statement after: "Al-Thawra hospital, one of the main health care facilities in Taiz which is providing treatment for about fifty injured people every day was reportedly shelled several times ...)

"It is not the first time health facilities have been attacked ... Close to a hundred similar incidents have been reported since March 2015. (Emphases added.)

An earlier attempt to have the UN Human rights Council to establish an Inquiry failed due to objections from Saudi Arabia, who, with help from Britain, currently Chairs an influential panel on the same Human Rights Council. Farce is alive and well in the corridors of the UN.

The repeated attacks on a targeted medical facility and other IHL protected buildings and places of sanctuary is a testimony to the total disregard for International Humanitarian Law, by the British, US and their allies and those they "advise", from the Balkans to Afghanistan, Iraq, Syria, Libya and now Yemen.

However, in spite of the horrors under which Yemenis suffering and dying, and Saudi's appalling human rights deficit, UK Foreign Office Minister Tobias Ellwood, an American-born former soldier, in a visit to Saudi Arabia last month was quoted in the country's Al Watan newspaper as revealing: " the ignorance of the British to the notable progress in Saudi Arabia in the field of human rights, confirming throughout the visit of a British FCO delegation... that he had expressed his opinion regarding the human rights situation in Saudi Arabia before the British Parliament, and that the notable progress in this area has been obscured."

The Foreign Office strongly denied that Ellwood had expressed such a view.

The Saudi led, British advised and US "intelligence" provided coalition is reported to have formed "an independent team of experts" to assess "incidents" (which should be described as outrages and war crimes) in order to reach "conclusions, lessons learned ..." etc. Thus, as ever, the arsonist is to investigate the cause of the fire.

Amnesty, Human rights Watch, Médecins Sans Frontières (who have had three medical facilities bombed) and The Campaign to Stop Bombing in Yemen have all called for an independent Inquiry with the power to hold those responsible for atrocities to account. None of which, however, would bring back the dead, restore the disabled, disfigured, limbless, or beautiful, ruined, ancient Yemen - another historical Paradise lost.