What Europe can learn about immigration from Russia 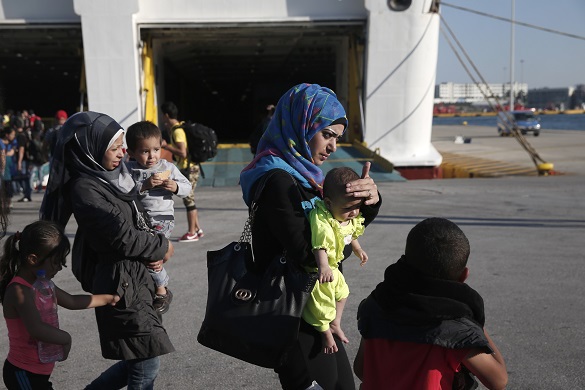 Immigration into Europe has been the most consistently reported news item over the last year. Barely a week has passed without a major European leader commenting on the situation. In light of the  Paris attacks and the Cologne train station incident, the debate is shifting towards examining the effects of the refugee crisis on Europe. Unavoidably, this has brought up questions about the ability of Muslim groups to assimilate into European society.

Although it is the hot topic of the moment, this certainly isn't a new debate. The issue of Muslim integration has been a major political issue in places like France, Germany, Britain, and Scandinavia for decades now. But aside from the odd news about Chechen terrorism, one very rarely hears about the Muslim demographic in Russia.

It will probably come as a surprise to many European to learn that Russia has a Muslim population almost twice as large as France in percentage terms (14%) and far higher than any of the other major European countries.

Also for a country that is often portrayed as isolationist, it will come as a shock to many westerners to learn that Russia comes second in the world in terms of total immigration. Only the USA is ahead. The vast majority of this immigration into Russia is from Muslim countries.

So why is it that we hear so little about this in the West, given our own obsessive debates about the effects of Muslim immigration? In large part, the answer is that Muslims in Russia have proved far less problematic in terms of integration than Muslims in Western Europe have.

Aside from the obvious incidents of terrorism across Europe committed by a minority of  Islamic fundamentalists, there have been widespread social problems fully integrating Muslim communities.

Every New Year's Eve  in France, it has become customary in many cities for youths of mainly North African descent to riot and set cars on fire on a massive scale. This year the French interior ministry reported that roughly one thousand cars had been set alight.  The interior ministry used to report regularly on the numbers of cars set ablaze, until President Sarkozy decided to abandon the practice, fearing that it would encourage more youths to take part.  Most of these rioters were born in France and many have parents who were born in France, yet their own sense of French identity is more ambiguous. There have been numerous incidents of football fans of North African descent booing the French national anthem (despite officially having French nationality).

Likewise Muslim integration in Scandinavia has also proved very problematic. Astonishingly a a spokesperson for the Oslo Police Department stated that every case of reported rape in Oslo in the years between 2007 to 2011 was committed by a non-Western immigrants (mainly from Muslim nations). Similarly high statistics are seen in Sweden and Denmark.

Russia like countless other nations has witnessed its fair share of Islamic terrorism, however it hasn't experienced anywhere near the same social problems as France, Germany and Scandinavia have had in integrating their Muslim communities.

What is different about Europe compared to Russia?

Part of the answer lies in the lack of self confidence amongst many European nations regarding their own identity and history.

There is a deep suspicion of any display of patriotism amongst European political elites, owing to colonial guilt, or in Germany's case its atrocities in World War II. Yet it is a healthy non-aggressive patriotism that is required so that new immigrants can take pride in their new home nation.  Self loathing in a nation, like self-loathing in an individual is alienating. Someone who despises himself attracts greater contempt than affection. Likewise, a country which has no confidence in its own identity will not inspire loyalty in its new arrivals.

Interestingly it is the European countries who have been most accommodating to their new arrivals who have had the most problems. In June 2015 The Pew Research Center carried out a major opinion poll across Europe asking citizens if they had favourable or unfavourable views about Muslims.   In France only 24% of the population had unfavourable opinions. In Germany the percentage was exactly the same.  In Italy it was a large 61%.  Yet it is France and Germany who have had more problems than Italy.

These statistics dispel the commonly held belief amongst liberal commentators that the reason some Muslim communities are not integrating is because of the racism of the host populations in Europe.  In fact, despite numerous problems and terrorist attacks, European populations have generally retained positive attitudes towards Muslims.  European electorates have persistently rejected voting for anti-immigration governments. Only weeks after the Paris attacks the National Front in France still failed to capitalise on the incident in the local elections.  This shows how tolerant Europeans have remained.  But despite this tolerance, problems persist, as we saw most recently in Cologne.

Tolerance is a noble quality, however tolerance alone will not solve the increasing tensions in Europe as a result of the refugee crisis. What is needed is a strong message that new arrivals must adopt the cultural norms of the host nation, even if these conflict with their own cultural practices.  The best way to achieve this message isn't through politicians talking in meaningless platitudes. European countries need to do more to promote a sense of healthy patriotism that everyone can embrace without shame or post-colonial guilt. If Europe doesn't it will sleepwalk into a situation where the Muslim population of Europe continues to grow and nations become more ethnically divided. This isn't a paranoid dystopian fantasy.  Germany is only a few hundred miles away from an area which only recently witnessed the problems of Christian and Muslim ethnic conflict in the worst possible way...Bosnia. It is time to draw lessons from this, before Europe is irrevocably damaged.