What were the main results of the year 2015? What was the most important event of the year? Pravda.Ru asked these questions to editor-in-chief of National Defense Magazine, Igor Korotchenko. 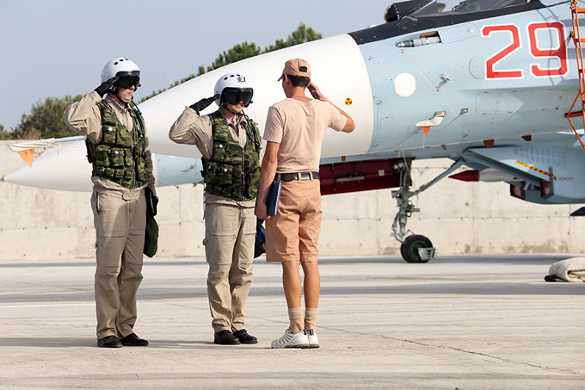 "I think that the most important event of 2015 is the special operation Syria. Russia's anti-terrorist operation in Syria marked the end of the unipolar world. This is not just an ambitious statement to make. This is our right to defend the values that we consider righteous. It is also important that many Russian officers, generals and military men will gain priceless military experience in Syria under the conditions of the new type of war that we will unfortunately have to deal with to defend  southern borders of our CSTO allies.

"It is absolutely obvious that the goal of United States is to direct the Islamic State against post-Soviet space. The Americans want all this cancer to go to Russia. Naturally, the operation in Syria showed that the Russian Armed Forces have reached a qualitatively new level. Nowadays, we have state-of-the-art technologies and we understand how to counteract under the conditions of a new type of war.

"I was very much impressed with the actions of the command of the Russian group in Syria. Our generals and officers associate their combat activities with the whole complex of objectives that Russia is currently facing to ensure its national security. I was convinced personally that those people make the golden found of our army.

"Before the new year, members of the public council at the defence ministry had a meeting with Minister of Defense Sergei Shoigu. I shared my impressions of the operation with the minister and said that such people deserve new titles and ranks, and the minister completely agree with me. Our authorities understand that our pilots and commanders - the people who work now in Syria - are our national pride. They are the people who will determine the future of our Armed Forces.

"Do you think that Obama allowed exports of American oil for the first time in 40 years for no particular reason? Do you think that Saudi Arabia decided to increase oil production for no particular reason? They all want to do what they did to the Soviet Union in the past. They want to collapse the oil market, create economic problems and then convert economic protests into political slogans and replace the sitting Russian administration with the puppets whom we already know very well. This is the ultimate goal of our Western partners.

"I'm happy that we already understand this technology, how it works and how to react to it. I am convinced that we are absolutely capable of overcoming all these economic difficulties to become a stronger country."