In a recent article published by the London Review of Books, Pulitzer Prize-winning Seymour Hersh has extensively analyzed the war in Syria, from its beginning to the present day: now five years of proxy war, commissioned by the Persian Gulf monarchies and the Neocon environments in the US military and political apparatus. It's a vile and inhuman war, passed off as spontaneous popular revolution against the tyrant on duty but prepared well in advance years ago, as already admitted by General Wesley Clark in 2007 when he enunciated the infamous list of seven nations to break down in 5 years: Iraq, Libya, Syria, Lebanon, Somalia, Sudan and Iran. 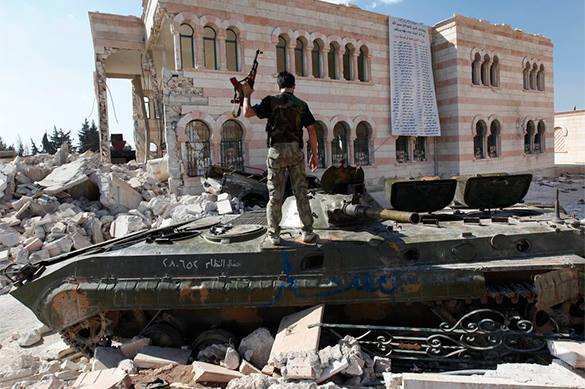 The report of Hersh, one of the best-known American journalists of political and military events, shows us that there has been a sort of "army rebellion" that has seen the Pentagon of General Martin Dempsey opposed to the CIA and the State Department. In fact the Pentagon opposed the fall of Syrian President Assad providing information against the attacks of the terrorist mercenaries and in various ways preventing the supply to them of weapons and supplies. This conflict between parts of the American apparatus seems unbelievable but it really happened.

Virginia Senator Richard Black, who is already known to Pravda's readers, expressed his views about what written by Hersh in his report.

A detailed analysis of all available information at the level of Intelligence had been commissioned by the Pentagon, confirms Senator Black, and from it did emerge as the fall of President Assad would have had catastrophic effects on the stability of all the Middle East and would have caused a potential danger for Europe itself. This analysis highlighted the links between the Gulf monarchies and Turkey's President Erdogan, an alliance created to destroy Syria in the name of common oil interests, but not only.

The "rebellion of the military," Senator Black says, is understandable remembering how the American soldier, but also the public employee, swear allegiance not to a direct superior or who is in charge in the government but to the Constitution of the United States. Who takes this oath shall defend the Constitution against all enemies outside or inside.

With regard to relations between Turkey and ISIS, Senator Black is very clear: President Erdogan is pursuing a plan of neo-Ottoman restoration. Regardless of the consequences, Erdogan is blinded by a huge thirst for power, Richard Black's opinion, which is pushing him, among other things to change the constitution of Turkey to gain such powers similar to those of Adolf Hitler.

There remains a question on the table: why help Syrian terrorists? Senator Black reminds us how, sadly, there are strong economic ties between the Saudi royal family and the Bushes, the Clintons and other important figures in American politics. Senator Black declares himself as astonished by the level of cowardice in the America Congress where no one, except for congresswoman Tulsi Gabbard, stands up to tell the truth.

It will take many years to repair the damage caused by the current US policy in the Middle East and Erdogan is the new Hitler, Senator Black concludes.

I hope Pravda's readers find interesting this interview: the words, the opinions of Richard Black have not been heard yet by the mainstream press, but it is time that they are.