Disinformation: To believe or not to believe 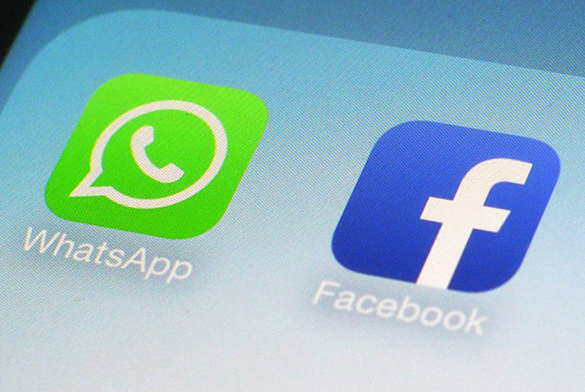 People have always sought ways to communicate with each other and discovering what's going on. When the information is exchanged by a wide range of people, it is called mass communication. In the Twenty-First Century, the Internet has replaced the traditional media as the most popular mass media tool. While spending time with computers was considered as merely a rather eccentric hobby in the early 80s, it is now the most effective and fastest way of communicating with people even on the other end of the world. Social media, which was first born in 1995 and became widespread with the launch of Facebook, with its 1.3 billion active users, is currently the fastest way to exchange information. Yet, we can never be sure if the information we encounter is accurate or not just disinformation, which is actively used throughout social media just like in other media.

Disinformation is defined as false information that is given to people in order to make them believe something or to hide the truth. It is additionally used as a psychological warfare method in the media, politics, the economy, sports and military. One of the primary reasons people prefer accessing social media is the instant updates of global news they receive. American military institutions put forth the concept of perception management with regards to the information used to influence societies in a desired direction. When actions last longer than expected, they become more prone to provocations and social media seems the easiest way to manage such incidents. When we look at the 2013 National Defense Authorization Act (NDAA) which included an amendment in recent years that legalized the use of such "informational material" on the American public where the information had previously only been used to influence overseas audience, we realize how easy it has become for online trolls to spread false online postings all over the world. The influence of disinformation is beyond our consideration; some of it is spread by some young people to deceive others for their amusement. However, it is mostly circulated to create disorder or to manipulate the public. Thus, we have to question the accuracy of the news disseminated in social media before we consider them as facts. As noted by the Pew Research Center, the Millennial generation is turning to social media and 61 percent of those surveyed by Pew say they get their political news from Facebook versus just 31 percent who rely on more traditional TV news sources. Let us review some famous disinformation examples we have come across during times of conflict both in Turkey and worldwide.

Examples of disinformation in social media

Disinformation in Twitter was one of the key factors that instigated the clashes in Gezi Park that began as a reaction to redeveloping Taksim Square. Many inaccurate posts were tweeted in order to stir up public. According to Yasin Kesen, the founder of Social Media Track System, on March 31st 2013 alone, 15,247,000 Tweets were posted and five million of them were provocative information. Among these fallacious posts included a photo of people who participated in the Eurasia Marathon, which was presented as 'a march from the Bosporus Bridge to Taksim.'

The United States has its share of disinformation regarding health issues, politics, natural disasters and shootings. For instance, even though all the patients in the US tested negative for the Ebola virus, people Tweeted as if the disease was spreading rapidly in cities and it could infect others through air, water or food, all of which was grotesquely distorted information. Additionally, false information was disseminated following both the 2012 Newton shootings and the April 2013 Boston Marathon bombing, both of which misdirected the public regarding the identity of the perpetrators.

The British media does not fall behind vis a vis inaccurate stories. Not long ago, we saw BBC using a horrific photograph from Iraq in 2003 and presenting it as a supposed massacre that took place in Houla, Syria. Marco di Lauro, who took the original photo, told the Daily Telegraph that, "What I am really astonished by is that a news organization like the BBC doesn't check the sources and it's willing to publish any picture sent it by anyone: activist, citizen journalist or whatever. That's all," He also added, "Someone is using someone else's picture for propaganda on purpose." A responsible person from BBC said the photo in question was removed "immediately from the website as soon as the source was identified and that they used it with a disclaimer, stating it could not be independently verified." Another example comes from former Daily Star reporter Richard Peppiatt, who quit his position in the afore-mentioned paper after declining to write anti-Muslim articles in a public letter published in the Guardian.

To protect the public from disinformation

A young person with a computer in his lap in his bedroom can easily generate information based on his own perspective without putting forth any sources or evidence in a matter of minutes and spread it throughout the world via social media. When we review our timeline in Twitter, we come across many examples of such news and we perceive it as accurate and carry on with our lives; only some of them are discovered to be false and disclaimed. But how many of us are aware of the disclaimed information? One of the most influential way is to strike back at a hoax is to disseminate accurate information in our social networks. We should not give up our research activities because we receive an instant update via social media and we should always check the accuracy of the information by verifying whether the sources are reliable or not. We should know that there are ill-intentioned people out there who are trying to stir up conflict, instigate hatred and even misdirect the responsible parties of a crisis by smearing opponents. Social media should be a platform where people share verified and accurate information with reliable sources, where messages of love and friendship prevail instead of hateful Tweets about faith, race or gender. Beyond all, those who Tweets something should first filter their messages through their hearts and conscience; otherwise, they will be responsible for all the wickedness caused by the spread of dishonest and sometimes inflammatory information.