Migrants or refugees? European history goes around in circles

Round and round the garden, like a teddy bear. One step, two steps, and tickle him under there. Thus goes the nursery rhyme with a loving mother teasing her toddler children before tickling them under the arms amid fits of giggling and family bonding. How many of the refugee children are laughing now? And round and round history goes... 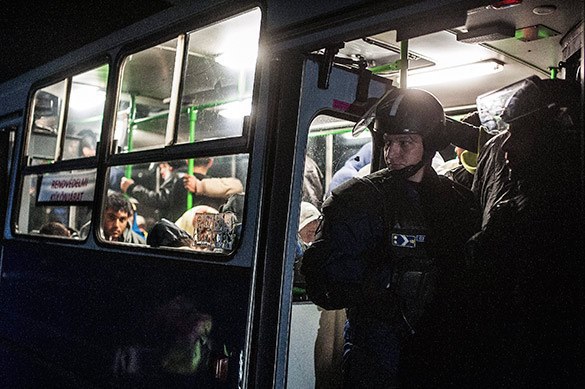 Their faces are sullen, bewildered and defeated - the children in the human refugee caravans walking up the Balkan corridor through Greece, Macedonia, Serbia, Hungary, Austria to the new economic Nirvana of the twenty-first century, Germany, which has agreed to settle 800,000 people and which has told the rest of Europe to follow suit.

The tragic story of Aylan Kurdi, washed up on a Turkish beach recently, perpendicular to the waves, along with his brother and mother was the wow story to goad millions of Europeans into offering to house a family of migrants. Or is it refugees?

And here is the rub. There are economic migrants looking for a better life in Europe and there are refugees, fleeing war zones, torture and persecution. In the middle of all this, hysteria and hype, some genuine feelings of human warmth, some xenophobia, nationalism, scenes of policemen out of control beating terrified refugees with batons for no apparent reason, bananas being thrown out, some good people doing some good work with humanitarian agencies, a confused minestrone mixed in with quips about Assad torturing his people. There are also memories of Islamic State promising to flood Europe with terrorists disguised as refugees and there are misgivings about young men who have forgotten all their documents at home (after all, when you travel, the first thing you bring is your documents) but have not forgotten their cell phones and tablets, among rumors that Islamic State already has chemical weapons and is well on the way to developing biological warfare capacity. All it takes is for one or two of these "refugees" to turn out to be terrorists for all of them to be tarred with the same brush.

Getting the story straight

Whose fault was it in the first place?

And let us examine the facts. Most of the refugees come from countries in which the West has interfered. They come from Afghanistan which was destabilized by the United States of America to launch the Mujaheddin against the Soviet Union. These morphed into the Taliban and the thank-you note was Islamist terrorism. They come from Iraq, which was destabilized by the United States of America, its Chief Poodle the United Kingdom and a handful of NATO sycophants hoping to pick up some contracts to bolster their ailing economies. They come from Syria, where the FUKUS Axis (France-UK-US) has been supporting groups opposed to the President, Bashar al-Assad, who they have demonized as being the root cause of all problems. He is not the cause, he is the solution and instead of supporting him against the terrorists he was fighting, what did they do?

They stood back and watched as Islamic State formed in Iraq, then moved to Syria to fight President Assad and then moved westwards into Egypt and Libya. And the other refugees come through Libya. Did Europe experience this exodus during the time of Muammar al-Qathafi? No, once again the FUKUS Axis swung into action, destroyed the Jamahiriya and with it the African Union project, making sure that prosperity and development did not reach those who most needed it, making sure that African resources were not for Africans but rather, for Europeans on their one-way trip outwards.

So instead of wringing their hands, holding their heads and grandstaging, claiming the high moral ground because Europe stands for freedom and so on, suppose Europe manned up for once and admitted it caused the entire crisis to start with? Of course Europe has to take these people in, house them, feed them and look after them for the next fifty years, then integrate the second and third generation for the following fifty years, simply because Europe started it.

You reap what you sow.