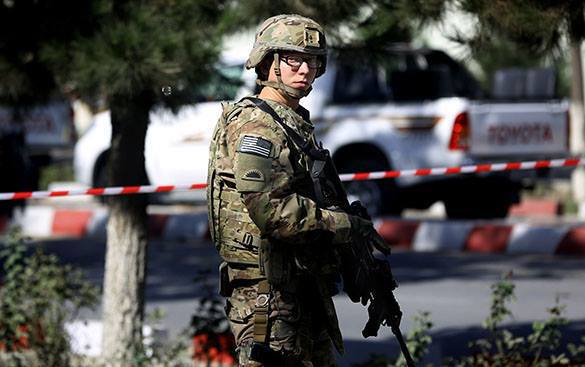 The US Army Human Terrain System (HTS) will become a "shining star, you'll see" said a music critic, part-time divinity professor, retired military officer, and former HTS contractor. He was incensed that with the alleged demise of the US Army program, it having been murdered, killed and defeated, the HTS suddenly has new life thanks to "those pro-HTS intellectuals authorized by somebody higher up in their organizations to take up the HTS cause. Hey! Shining Star. Do you know that song by Earth, Wind and Fire?" the former HTS contractor said. "That should be the theme song for the new HTS ramp-up. And you know what? The HTS rebirth will be like the story of that guy from Greek mythology who was crucified, died, buried and then came back to life. What was his name, again?"

The former contractor went on. "Where were those people when we needed them?...Did you know they were all hiding in the Special Operations/Low Intensity Conflict shop in the Pentagon and didn't want to go public with their support of HTS?  Now they work for all kinds of contractors and think tanks and whatever having spun through the revolving door. Man! Can you say that anymore or do you have to say Woman too....Sorry. I got off track there. Anyway they are cashing in big-time now making as much money as they can and just waiting for the next real war-like Iraq--that involves lots of contractors, media analysts, tanks, trucks and troops. Think of the armor battles we could have with the Russians and Chinese! I miss those days" groaned a former HTS staffer who rode along with combat hardened American soldiers who protected him while he asked questions and handed out lollipops, and other types of candy, sure to rot the teeth of the children in Afghanistan and Iraq.

A HTS staffer who works with the former HTS contractor cited above said this: "You know that song by Earth, Wind and Fire, right? Shining Star is the one I am referring to like my colleague said. The lyrics that go 'You're a shining star, no matter who you are, shining bright to see, what you can truly be...That really applies to HTS because, really, it was never given a chance to be what it could truly be. But now we are seeing what it could have been thanks to articles in Foreign Policy, Bloomberg and Front Page Magazine. There will be more to come. Just wait and see."

Indeed. The woodwork has produced a flurry of pro-HTS articles ever since USA Today broke the story of its apparent demise on June 29, 2015. The most recent is in the increasingly belligerent publication Foreign Policy owned by Graham Holdings Company. The Grahams sold off the Washington Post to Jeff Bezos of Amazon fame preferring to focus on its Kaplan education and standardized testing preparation businesses. The Grahams have an interesting mix of companies engaging in health care, meeting planning (Foreign Policy), social media and combustion and lifting equipment.

But what of the mysterious fate of HTS? "It's like Big Foot," said a veteran correspondent. It's true.  The US Army and PACOM will not respond to media queries from anyone. Nonetheless, the demonic media, which is always at the ready to hear-out any source with verifiable information that can't be found in normal channels, is on the case with the help of US Army and PACOM insiders. "We've conducted a number of séances with members of the media," said insiders.  We know that HTS still lives in pieces but will reassemble. Think of the second Terminator and that liquid metal creature that is chasing Arnold and John Conner and Conner's mom. There is a scene in the movie where the liquid metal thing is frozen then blown apart, its pieces are scattered all over the floor but they reunite into the creature and it is reborn! That's HTS! And I tell you what! HTS is going to come back like that bad-ass metal creature."

If that were not enough to make former HTS staffers and proponents jump for joy, they have received significant support from the Dentists for the Resurgence of the HTS (DRHTS) who want to get in on the ground floor of any new HTS, particularly since US soldiers and contractors hand out so much candy to the conquered.

According to a DRHTS spokesperson, "We want to get in on the action too. There are a lot of teeth and gums in the AOR's [area of responsibility] of the COCOMS [combatant commands] that need fixing. We can synthesize [sic] with the anthropologists: While they are questioning the locals, we can be fixing their teeth and gums. I know this sounds terrible but as we probe inside the villager's mouths we can aggressively poke around in there causing not insignificant pain which may yield some useful information for the HTS people. You know kind of like that scene in the movie the Marathon Man where Olivier, playing the Nazi dentist, abuses the cavities in Hoffman's mouth saying, 'Is it safe.' Dentists are patriots too," he added.

Alas, as Whitney Kassel of the Arkin Group laments, "With the quiet death of the military's controversial Human Terrain System, America's soldiers have lost a guiding light that is needed now more than ever." No question about that. She is right. HTS has its parallel of course. The television soap opera the Guiding Light ended in 2009, a year that saw two beginnings: The catastrophic success of HTS and the failure of the United States to murder, kill and defeat insurgents in Iraq and Afghanistan.