US Defense Secretary Ashton Carter: Physicist for War and Profit 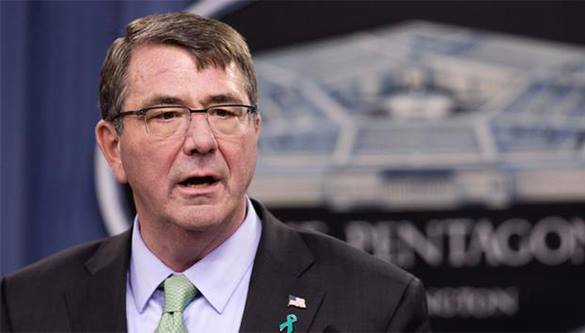 "Most Americans apply a yardstick to America's actions which is very different than the yardstick they apply to Russia's actions. Whenever their bias in favor of their own nation gets into conflict with the truth, the odds are that the bias will prevail. As a result of this they are not capable of seeing current events in their historical perspective...In Washington, wisdom has no chance to prevail at this point...If we intend to drop bombs on Russia in case of war, and expect Russia to drop bombs on us...then our threat to drop bombs on Russia is tantamount to murder and suicide." Leo Szilard: "Are We On The Road To War? (1961)

The US defense secretary, Ashton Carter, is the face of all that is wrong in Washington, DC. But he is "Mr. Right" for the varied capital interests and ideologies he represents:  the fusion of neoliberalism and neo-conservatism; state sponsored corporate welfare; the revolving door; opportunism and greed; the "free market"; and a science and technology that is first and foremost in the service of weapons and war.

Carter has absolutely nothing in common with the rank and file of the military (those at the tip-of-the spear) who he ostensibly is supposed to represent. He would never go out beyond-the-wire.

"Ash" is a one percent guy, representing the one or so percent that moves and shakes the classes that make up society like the puppeteer does marionettes. Carter's primary interest is in further privatizing, and eliminating, the State's role in national security for the purpose of providing more profit opportunities for defense contractors, weapons research laboratories and his bank account. Even his two marriages seem arranged for political/economic purposes: his ex-wife, and 1977 college graduate, is president of Bates College in Maine; and the current Mrs., a 1991 college graduate, is a partner in ABS Capital.

The honorable US defense secretary studied physics, receiving his PhD from Oxford. His specialty was quantum chromodynamics, a field of study in which two of the giants of 20th Century physics, Nobel Laureates Richard Feynman and Murray Gell-Mann, set the pace. Perhaps figuring he'd not make the Nobel Prize cut or had reached the end of his shelf life in the physics research community, Carter opted to pursue the profitable path of science and technology in the service of weapons and war, and the individuals and organizations that design strategies and technologies that require that America remain in a perpetual state of war of some kind.

Carter, and like-minded technocrats seeking to cozy up to monstrous global capital and power, has achieved a measure of wealth and fame over the years parlaying his technical and interpersonal acumen (contacts) in halls of government and in board rooms to maximum advantage for himself and vested interests. The Project on Government Oversight's piece on Carter titled "Taking the Revolving Door to a Whole New Level" is illuminating in this regard. Carter is certainly no Leo Szilard (founder of the Council for a Livable World and heavyweight 20th Century physicist) being more in the mold of Edward Teller, a strident supporter of missile defense systems.

"...Carter's role, like that of many other members of Washington's defense policy establishment, went deeper. While working in the private sector, he has held plum positions on government advisory boards that called for reforms with potential ramifications for his defense industry clients and other companies that receive DoD dollars...Carter's investment colleagues at Global Technology Partners included other former senior officials-such as former Secretary of Defense William Perry and former CIA Director John Deutch- who were serving simultaneously as advisers to DoD. Perry and Deutch also had close ties to giant defense contractors: Perry served on the boards of UTC and Boeing, while Deutch served on the board of Raytheon.

From 1997 to 2001, Carter also served as a member of the Defense Policy Board, another influential Pentagon committee that advises on 'issues central to strategic Department of Defense (DoD) planning," according to its charter. Unlike the Defense Science Board, the Defense Policy Board "does not publish separate reports,' according to a database of federal advisory committees, and it's unclear what role Carter played in the panel's work. Nonetheless, Carter's industry clients stood to benefit from his role as a Pentagon advisor on both panels. (Another former member of the Defense Policy Board, Richard Perle, ended up resigning after a controversy erupted over his ties to companies that had business pending before the government.)"

Carter, according to the document on the GTP-Rothschild alliance, was listed as having this expertise: "...a Senior Partner of Global Technology Partners, LLC.  From 1993 to 1996, Dr. Carter served as U.S. Assistant Secretary of Defense for International Security Policy, with responsibility for formulating U.S. policy towards Russia and other states of the former Soviet Union, proliferation of weapons of mass destruction worldwide, arms control negotiations, and oversight of the U.S. nuclear arsenal and missile defense programs.  He is also the former Chairman of the NATO High Level Group."

Carter is well positioned, for the benefit of current and former clients-to include the next president of the United States (Republican or Democrat)--to lead the charge against Russia and China. As the Project for Government Oversight pointed out, Carter has been a champion of missile defense technology and deployment for decades. Let's turn, in contrast to Carter, to Murray Gell-Mann, a physicist who worked on anti-ballistic missile defense systems in the 1960's. He concluded that they would be destabilizing. "And the conclusions were very negative, that is, that it [ABM] would drastically reduce our security, and that we would be much better off if both the United States and the Soviet Union refrained from deploying significant ABM systems..." Fast forward to 2015 and the issues central to the deployment of ABM systems, or missile defense systems, remains largely unchanged: escalation to defeat the defensive system always ensues.

Gell-Mann, and Szilard, acutely recognized the fragility of the planet and the human race. They knew, having seen first-hand the destructive power at humanity's disposal, that shortsightedness and narrowly defined interests-unchecked--will kill or alter the species beyond recognition. "...what might, what the human race might do to achieve greater sustainability in the course of the twenty-first century, which is when it really has to happen, because now is the time when we've reached the inflexion point in total human population and the rate of increase is beginning to decrease. It's the time when we've reached the stage where human beings can make changes of order one in the whole globe, whether through unwise economic activity or through destructive war; and this is clearly the time when if a set of transitions to a more sustainable world is to occur, they must occur," said Gell-Mann.