Abuse of the Elderly brought out of the closet

From taboo to tabletop, the newest form of recognized abuse: Elder Abuse, so commonplace nowadays that June 15 was chosen as the World Elder Abuse Awareness Day by the United Nations Organization to foster a global response. In so-called "developed" countries, up to twenty-five per cent of the elderly experience some kind of abuse. 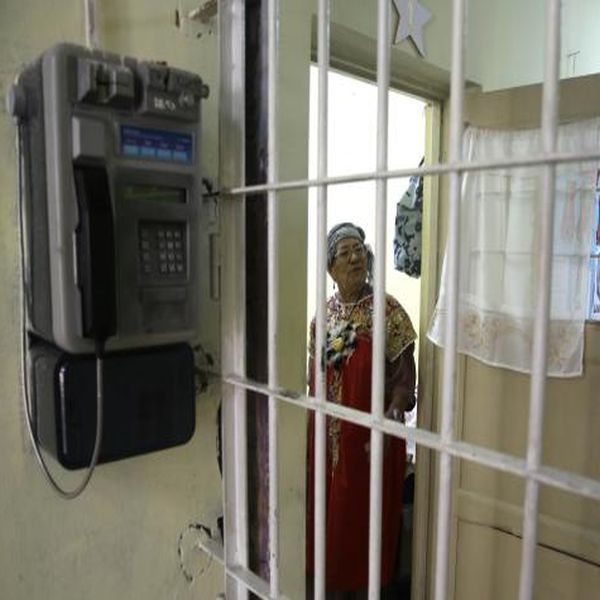 Most animal societies protect their children and elderly, placing them at the center of the herd when an attack takes place. Some species, such as the elephant, pay tribute to a beloved elderly member of their group, standing around in respect, shedding tears, placing their trunks on the deceased. In no animal species, except Homo sapiens sapiens, of course, are there registers of incidents of systematic and repeated abuse, including sexual abuse, of the elderly.

In the so-called "developed" societies (you know, those which spend one point seven trillion USD a year, each and every year, on weaponry to murder people, those which grew rich as a result of pillaging resources and enslaving and massacring millions) between one and ten per cent of the elderly suffer some kind of abuse, whether this be physical, psychological, financial (such as a drug addicted grandson making his grandmother's life a living nightmare) or even sexual.

The issue was brought to the attention of the World Health Organization in 2002 and in 2006, the International Network for Prevention of Elder Abuse designated that June 15 should be recognized internationally as World Elder Abuse Awareness Day, holding events worldwide to highlight the problem and find solutions.

Victims of their own families

So serious is the phenomenon that the UNO considers Elder Abuse as a worldwide social problem, classified by many as part of domestic or family violence and like these, the problem is often hidden, especially by the victim who feels let down and violated by those s/he trusted. Around seventy per cent of cases are perpetrated by family members.

The definition of Elder Abuse shows us in no uncertain terms the sheer violence people are subjected to: Under "Physical", there is "hitting, punching, slapping, burning, pushing, kicking" along with excessive dosage of medication of withholding medication; under "psychological/emotional" there is "humiliating, ridiculing, constantly criticizing, yelling, name-calling, silence/shunning, withdrawal of affection"; there is "financial exploitation", "scamming", "removal from the home", "stealing"...and now for the most disgusting manifestations of cruelty, "forcing a person to take part in any sexual activity without his or her consent, including forcing them to participate in conversations of a sexual nature against their will", "neglect", "abandonment" for periods that may endanger health or welfare.

So cruel and hurtful are these situations, that there is even another category, called "self-neglect" or "self-harm" meaning the way out is preferable to the living nightmare these people find themselves in at the most vulnerable time of their lives. The fact that such issues are enshrined in law is the positive side of a negative question, namely that no law is based upon a handful of cases.

The scale of the problem is hard to assess because due to the nature of the abuse (in the majority of cases by family members) it is largely hidden by the victims and caregivers - not allowing the victim to answer questions (when able to do so, for example when suffering from dementia and being unable to communicate). It is, however, estimated by the latest reports that up to six per cent of the senior population in general falls victim to abuse, rising as high as twenty-five per cent of "vulnerable older adults". Female victims, predictably, number far higher than males (around 70% to 30%).

Added to this, only one in five elderly persons, according to the UNO, receives a pension, meaning only a fraction of this age group has any financial power to seek an alternative to the situation they find themselves in.

In many cases, the caregivers are the family members for whom providing care is seen as a burden and for whom the death of the person they are caring for will provide them with more material wealth than they have while the (grand)mother/father is alive. In others, the caregivers come from outsourcing services, some of which do not perform the proper checks and send mentally ill persons or persons on substance abuse to look after the victims.

If human society is only fueled by the notion of profit, then it makes sense that those who have given to society all their lives deserve some protection and the least one could expect from the authorities is a competent vetting of those providing care. If human society retains any fiber of morals and decency today then one case of Elder Abuse is one too many.

In conclusion, the dedication and selflessness demonstrated by millions in looking after the elderly or ill should be praised and only they know what sacrifices they have made, in certain cases, to provide a loving environment for their charge. But the abuse of trust and the victimization of the vulnerable and defenseless by those perpetrating this abuse is as unforgivable as it is totally unacceptable.

Please report those you suspect to the authorities. They deserve all they get... and more besides. And show some respect to seniors, even if you have no respect for yourselves.