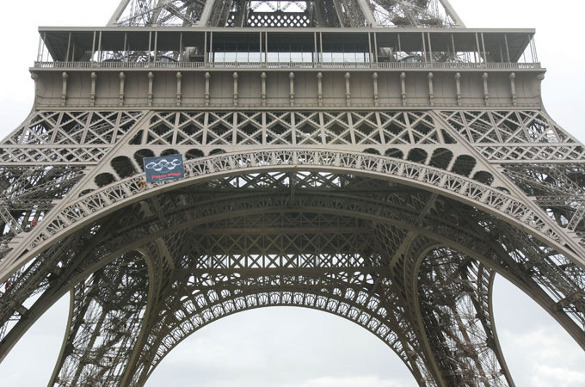 Usually western politicians reveal the hidden truth when they leave power or when they have written their memories... The pressing agenda against their action or person is lesser, their life is less at risk, and they can finally think to their soul and talk reasonably. Remember Eisenhower about the 'military-industrial lobby' or Harry S. Truman about the CIA.

'I never had any thought when I set up the CIA that it would be injected into peacetime cloak and dagger operations', a fragile Truman claimed after his retirement. And in 1964, eight years before his death, Truman once again insisted that he had never intended the CIA 'to operate as an international agency engaged in strange activities'.

Well we have assisted indeed at some 'strange activities' in Libya, Syria, Iraq, Ukraine, Yemen or Macedonia lately...

Recently too we had some good news finally coming from France. Former president Giscard d'Estaing, elected in 1974, who was then running the third most important country on earth (now hardly the tenth, yet the most submitted to American-Saudi 'axis of evil'), was interviewed by the pro-American review International politics (N°146). The interview was so strategically incorrect and subversive that it was reduced to silence in that neo-totalitarian state we called once the French Republic. I discovered this interview thanks to Russian friends. It is important to mark that the journalist was an aggressive and biased ignoramus, an insolent asset because our ex-president was not advocating for the third World War against Russia. But this is the republic we live in. Any journalist in the West has to revere what he is paid for: raising inequality, global dumbness and perpetual war. Remember Obama's interview, which I commented last year, made by a naïve advocate of the NOW: the BRICS have to be punished, given they do not work anymore for the system...

Mr Giscard d'Estaing reminded his little enlightened audience the history of Crimea.  Crimea belonged to a Turkish power, then was peopled by Russians, then was separated from Russia by Kruschchev - who wanted to reinforce Ukraine and Byelorussia in order to give Soviet Union more votes at the UNO. Then a young and shrewd technocrat and politician, Mr Giscard d'Estaing tells he expected this artificial dependency to wither away with the years.

Mr Giscard d'Estaing does not buy of course western crap about Maidan events. Like any serious commentator he mentions a coup and a CIA dirty trick:

'One must ask what really happened one year ago in the Ukrainian capital. What was the role of the CIA in the Maidan Revolution?  What is the meaning of the systematically anti-Russian politics run by Barack Obama? Why the US decided to move their pawns in Ukraine? Did the Americans want or need to compensate their weakness in the Middle-East by conducting a harder diplomacy against Russia?'

To get that point, Mr Giscard d'Estaing, a member of the Trilateral Commission forty years ago, should have asked that question to his former colleague Brzezinski or have read his 'Grand Chessboard'! But as I wrote earlier lucidity comes too late.

'The US backed and encouraged the insurrectional movement. Then they imposed a policy of sanctions aiming at Russia, a policy that had infringed International Law. Who can sue citizens no one had heard, without letting them having lawyers? This affair marks a dangerous turn.'

Pleading for the end of sanctions, Mr Giscard d'Estaing reminds us an evident pair of facts:

'These sanctions aiming at the Russian State are harming the two protagonists, altering their commercial exchanges. Do the Americans have an interest in destroying Russian economy? But for Europe, Russians are partners and neighbours. In the actual disorder, and facing the Middle-East disorder and mess, it is irresponsible to wish a crumbling of Russian economy.'

As we know, Mr President, Russian economy has now recovered, and some fictitious and indebted economies we won't name are facing a terminal crisis...

We do not have the conviction that the US have come back to its sense, to quote Dr Craig Roberts. We certainly know two frightening factors: so far Merkel is an irresponsible European and German leader (a CIA asset, asserts Sputnik News), and Hollande is, like any socialist politician in France, an adorer of globalization and American 'mad dog' diplomacy. Recently too German ex-chancellor Helmut Schmidt, a friend and partner of Mr Giscard d'Estaing in the seventies, backed a position favourable to Russia. Let us recall that Mr Giscard d'Estaing was de Gaulle's minister of economy in the sixties, when France was not a puppet-state. The socialist have sold with the right the French industry built by de Gaulle.

These days we see that everyone is criticizing Barack Obama for his alleged weakness (imprudence and bellicosity would be fairer) and advocating for a harder stance on Russia, China, Latin America (see for example the hateful and dishonoured Spanish media) and the rest of the disobedient ex-third-world. Then listen to Mother Monster Hillary Clinton, cannibal McCain and the American Congress. We are still ruled by madmen and by warmongers, and no one knows precisely where it can lead us to, and the same madmen who want a war with Russia are now in France or in America destroying what is left of our economies or liberties. We are assisting the agony of democracy in our unlucky countries ruled by bankers and NWO agents.

Yet I thought it was good for peace and reason to quote a part of that important interview which shows than any prestigious politician who is reasonable is now shamefully marginalized.