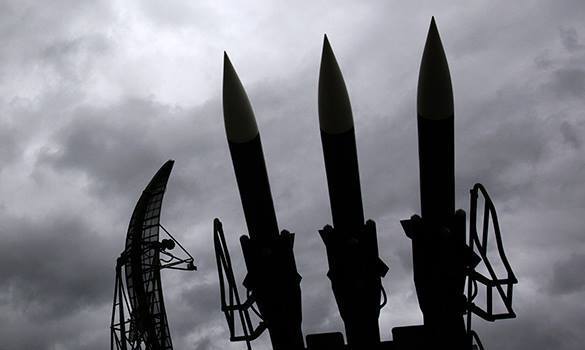 There is an elephant in the room of American politics.  She is almost invisible, rarely reported in the media.  She represents an existential political threat to Hillary Clinton, the premier Democratic presidential candidate.  This elephant, also, may well prove a factor that makes Sen. Rand Paul far more formidable than the conventional wisdom has it.

What is this invisible elephant?  It is the fact that the most dovish of the candidates, for the past two election cycles, won the American presidency.  In 2008, the improbable Barack Obama, who had served merely two undistinguished years in the United States Senate, ran on a platform that was vague but for a clear commitment to nudge America back to a peacetime footing.

The American democratic left, exemplified by MoveOn.org, rallied behind Obama.  They flooded Obama with volunteers and a sufficiency of small denomination, yet high volume, campaign money. It was enough to propel him to victory.

Then, the dovish Obama went on to beat the very hawkish Republican nominee, Sen. John McCain. It was likely that it was McCain's martial disposition that sank the McCain campaign.

Obama's leanings toward peace were recognized, and rewarded, soon after his election with a Nobel Peace Prize.  The elephant of peace is not invisible to everybody.

Obama clearly articulated his views on war and peace in an address before the UN General Assembly in 2011 in which he observed:

The fact is, peace is hard, but our people demand it. Over nearly seven decades, even as the United Nations helped avert a third World War, we still live in a world scarred by conflict and plagued by poverty. Even as we proclaim our love for peace and hatred of war, there are convulsions in our world that endanger us all.

I took office at a time of two wars for the United States. Moreover, the violent extremists who drew us into war in the first place - Osama bin Laden, and his al Qaeda organization - remained at large. Today, we have set a new direction.

At the end of this year, America's military operation in Iraq will be over. We will have a normal relationship with a sovereign nation that is a member of the community of nations. That equal partnership will be strengthened by our support for Iraq - for its government and Security Forces; for its people and their aspirations.

So let there be no doubt: the tide of war is receding.

Obama, to his credit, delivered the goods.  He systematically fulfilled his promise to bring home the troops.  Last year, Obama's Secretary of Defense announced plans   to shrink the U.S. Defense Department's budget to the lowest level since World War II.

Obama fulfilling this promise was hard.  It took commitment and skill. Moving America toward a peacetime footing very likely will go down in history as Obama's signature achievement. It is a big deal.

Does the mood of the voters reflect mere war-weariness and a wish to retire from the world stage and abdicate America's role? Unlikely.  Americans, whose citizens are drawn, now or ancestrally, from all over the world, very much including Russia, inherently is cosmopolitan.  America by nature engages with the world.

The voters' mood signals, rather, discernment.  We voters, if inchoately, recognize - in a way few presidential aspirants do - that Obama is right: the tide of war is receding.  Americans are not by nature bellicose.  We prefer to make money, not war.  It is time for our candidates to adapt to the changed circumstance, peace, and embrace the political consequences of the peace.

Public intellectuals Steve Pinker and Andrew Mack noted, in Salon.com, as 2014 concluded, in The World Is Not Falling Apart: Never mind the headlines.  We've never lived in such peaceful times.

"In a historically unprecedented development, the number of interstate wars has plummeted since 1945, and the most destructive kind of war, in which great powers or developed states fight each other, has vanished altogether. ... Though the recent increase in civil wars and battle deaths is real and worrisome, it must be kept in perspective. It has undone the progress of the last dozen years, but the rates of violence are still well below those of the 1990s, and nowhere near the levels of the 1940s, 1950s, 1960s, 1970s, or 1980s."

The electorate recognizes that the tide of war is receding.  The electorate wishes to shift America's engagement with the rest of the world to conform with the dawning of the peace.  That said, America long has been, and yearns to remain, in a world leadership role.

Leadership is different, less glorious perhaps but no less noble, in peace than in war.  And leadership in peace respects the dignity and leadership of other nations, and world leaders, as well.

Most of our political elites do not clearly recognize the radically changing circumstance, this dawning of peace. It is not clear that most of our presidential candidates are getting the message from the voters, either.  That said, it takes only one serious candidate for the voters to propel a paladin of peace into the White House.

Barack Obama got this.  Others surely will too.

The American campaign for the presidency began this month in earnest. U.S. Senators Ted Cruz, Rand Paul, Marco Rubio and former Secretary of State (and former Senator and First Lady) Hillary Clinton formally have announced their candidacies. Former Florida governor Jeb Bush has assembled an impressive political operation. A host of other governors and former governors are revving their campaign engines.

It is too early to formulate predictions as to the outcome.  There are many variables and many circumstances that can propel, or torpedo, a candidacy.  That said, even at this early stage, something interesting stands out.  The most formidable dovish declared candidate, Rand Paul, is, unusually, a Republican.

Sen. Paul is not, by any means, an isolationist. Paul's call for "peace through strength" is a very telling slogan.  It is one borrowed from President Reagan (in whose White House I served as a deputy general counsel in an unrelated area).  Reagan was strong, not belligerent.

Rand Paul's stand looks a lot like that of the "heavily armed dove," as U.S. Representative (and cabinet secretary, and vice presidential nominee) Jack Kemp once described himself.  The signals are that Sen. Paul has the firmest grasp of the dawning of peace, and the implications, and the highest comfort level with restoring America to a comfortable superpower, rather than hyper-power, status.

Will presenting himself as a "heavily armed" dove succeed in prying the nomination of the Republican Party for Sen. Paul from the talons of his party's far more numerous hawks?  The GOP is composed of voters generally more militant than the Democratic base. This is uncharted territory. That said, most of even the militant base voters in the GOP do not at all sound as if they lust for war.  The prevailing themes for the primary voters are of shrinking the size and scope of the federal government, not of military adventurism.

Will a substantial challenger within the Democratic Party arise to Secretary Clinton?  Nobody thought Barack Obama was viable. Yet, such is the popular yearning for peace, Obama won, and won, and won again. Will some ambitious candidate play the role, against Madam Clinton, that Sen. Eugene McCarthy played to undermine the hawkish President Lyndon Johnson, on an anti-war platform?  It is a virtual certainty.

Former Republican US Senator (and lone Senate Republican vote against the use of force in Iraq), who then became an Independent governor of Rhode Island, and now is a Democrat, already  is hinting at a run and playing the peace card.

The Peace Factor, the invisible elephant in the room, mostly is ignored in the press. (This oversight is due to insular, not sinister, reasons. Most reporters are busy listening to one other rather than keeping their eyes open and ear to the ground.  Human nature.) Still, even though almost invisible, peace is powerful.

Hawk vs. Dove recurrently is, as it should be, a very big deal in American presidential politics.  "So let there be no doubt:  The tide of war is receding." Expect America's voters to lean toward peace in preference to war, toward butter in preference to guns, and for peace to play a major, if almost invisible, role in Election 2016.

The political elephant of peace may be nearly invisible. Yet she is not without tusks.  Welcome to American politics.