"I should tell you that homosexuality in our country has been overcome once and for all but not entirely. Or entirely but not completely. Or else entirely and completely but not once and for all. What do people think about now? Nothing but homosexuality. That and the Middle East, Israel, the Golan Heights. Moshe Dayan. So, if they chase Moshe Dayan off the Golan Heights and the Arabs make peace with the Jews? Nothing but homosexuality pure and simple." (Moscow to the End of the Line, Venedikt Erofeev, 1969) 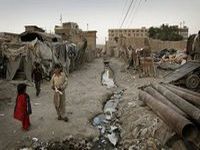 "and freedom thus remains a phantom on that continent of sorrow [the United States of America] and the people, thus, have become so used to it that they almost don't notice...On every rotten face there is as much dignity expressed in a minute as would last us for our whole great Seven Year Plan. How come? I thought, and turned off Manhattan onto Fifth Avenue and answered my own question. Because of their vile self-satisfaction-nothing else. But where do they get their self-satisfaction? I froze in the middle of the Avenue in order to resolve the thought: In the world of propagandistic fictions and advertising vagaries, where do they get their self-satisfaction? I was heading into Harlem and shrugged my shoulders. Where? The playthings of monopoly's ideologues, the marionettes of the arms kings, where do they get such appetite? They gorge five times a day and always with the same endless dignity-but can a man have a real appetite in the States? (Moscow to the End of the Line, Venedikt Erofeev, 1969)

The ghastly spectacle of presidential debates on issues overly cooked in the media for decades (Israel and sexual preference, for example) will befall Americans within the blink of an eye. Of course they are not debates but well-rehearsed professional theater with the candidates, media questioners and audiences all acting out their assigned roles, on queue. Who has the appetite for it all? It is a hollow, unreal process and a rather sickening charade unless one is on some measure of hallucinogenic drug or drunk. At the proper stage of hallucination or inebriation the show turns into a sort of Looney Tunes cartoon making the time spent on the theater that is the American presidential election process somewhat tolerable.

A few more hits or swigs are necessary to endure the post-debate commentary on Fox, CNN, CBS, PBS or ABC. Depending on the mind altering substance used, the airhead punditry takes on the persona of the Three Stooges/Tractor Pull announcers. Caked in makeup and attached by wireless earphone to assistants who tell them what to say-the talking heads try to convince the audience that what they saw/heard was not what they saw/heard: In short, they try to spin sense on the nonsense uttered by this and that candidate. The media stooges extol the glorious exceptionalism of democratic style and process of the American presidential election process-and US elections in general-as though no other nation on earth actually holds elections.

Americans know (or should know) that the presidential candidates--like all US politicians-have brains made of Silly Putty. They are bent and molded by the interests that fund them and, of course, tell them how to think/vote. Yet the American voting public typically runs a fool's errand every four years with the false notion that "voting matters". Voters proudly place stickers on ties and lapels stating an in-your-face "I Voted!" as if that is some sort of intellectual badge of courage that matters. But it doesn't when the Democrats and Republicans are a sort of two-headed Grendel hungry for money and power.

It's a well fed monster that works on behalf of those political and military leaders who designed the carnage underway in Iraq, Syria, Yemen, Libya and Afghanistan and seek more. Displaced human beings in those countries seeking a non-violent life and some measure of security to practice their faith (Christian, Sunni, and Shia) have been forced to flee their long-time homes due to war and the reprisals it brings. There are millions of displaced now. They drown at sea, are slaughtered by splinter groups like ISIS and Al Qaeda or by errant air strikes courtesy of US targeting intelligence or US military hardware sold to the likes of Saudi Arabia.

The story in the USA is dismal in its own way: Austerity, local law enforcement gunning down unarmed suspects; the Supreme Court through Citizens United opening the floodgates for corporate cash donations to political candidates; a bankruptcy judge in Detroit, Michigan claiming that clean water is not a "right"; drought in the state of California; one in three US children living in poverty; and the slashing of funding for Social Security and Medicare. These woes do not include the unemployed culled from government statistics, homelessness, or the care and cost of taking care of Americans returning from battlefields the world over. And yet some lunatics in the USA still want to go to war with Iran, Russia and China.

And go figure! The USA is a country with 243 million adults 18 and over, and is indoctrinated from an early age by its educational system to believe, nearly religiously, in an open competitive market, based on an equally competitive democratic/economic system of government. Yet in the current presidential cycle the USA can only produce two viable presidential candidates who just so happen to represent America's wealthiest and political powerful families: Hillary Clinton (Democrat) and Jeb Bush (Republican). The two families are so close that George W. Bush called Bill Clinton "the brother from another mother." Both campaigns combined will likely spend $5 billion dollars on a science fiction movie titled The 2016 Presidential Swindle.

Dumb it down for the People

So how do the policy makers, military leaders, corporate heads, pollsters, pundits and campaign managers see the American public?

Consider Michael Glennon, Tufts University Fletcher School, and author of Double Government, on the intellectual ability of the American public. Turns out the American public mind is one giant mass of Silly Putty! "...the economic and educational realities remain stark [in the USA]. Nearly fifty million Americans-more than 16% of the population and almost 20% of American children-live in poverty. A 2009 federal study estimated that thirty-two million American adults, about one in seven, are unable to read anything more challenging than a children's picture book and are unable to understand the side effects of medication listed on a pill bottle. The Council on Foreign Relations reported that the United States has 'slipped ten spots in both high school and college graduation rates over the past three decades.' One poll found that nearly 25% of Americans do not know that the United States declared its independence from Great Britain. A 2011 Newsweek survey disclosed that 80% did not know who was president during World War I; 40% did not know who the United States fought in World War II; 29% could not identify the current Vice President of the United States; 70% did not know that the Constitution is the supreme law of the land; 65% did not know what happened at the constitutional convention; 88% could not identify any of the writers of the Federalist Papers; 27% did not know that the President is in charge of the Executive Branch; 61% did not know the length of a Senate term; 81% could not name one power conferred on the federal government by the Constitution; 59% could not name the Speaker of the House; and 63% did not know how many justices are on the Supreme Court.

Far more Americans can name the Three Stooges than any member of the Supreme Court. Other polls have found that 71% of Americans believe that Iran already has nuclear weapons and that 33% believed in 2007 that Saddam Hussein was personally involved in the 9/11 attacks. In 2006, at the height of U.S. military involvement in the region, 88% of American 18- to 24- year-olds could not find Afghanistan on a map of Asia, and 63% could not find Iraq or Saudi Arabia on a map of the Middle East. Three quarters could not find Iran or Israel, and 70% could not find North Korea. The 'over-vote' ballots of several thousand voters-greater in number than the margin of difference between George W. Bush and Al Gore-were rejected in Florida in the 2000 presidential election because voters did not understand that they could vote for only one candidate. There is, accordingly, little need for purposeful deception to induce generalized deference...in contemporary America...President Harry Truman's Secretary of State Dean Acheson, not renowned for bluntness, let slip his own similar assessment of America's electorate. 'If you truly had a democracy and did what the people wanted,' he said, 'you'd go wrong every time.' Acheson's views were shared by other influential foreign policy experts, as well as government officials; thus emerged America's 'efficient' national security institution."

Oh well. Who cares? That's the way it is. It is what it is. It has always been this way. Nothing you can do about it.

"People don't see clearly unless they want to. Nowadays everyone quietly accepts the inevitable. Newspapers are no help, they censored themselves little by little until they perfected the art of saying absolutely nothing. Television is monitored by official censors. Even if it weren't monitored there is nothing on of interest. The news bulletins are completely innocuous...How can anyone believe a word these officials say?" (And Still the Earth, Ignacio De Loyola Brandao, 1985)

The United States is surely becoming a "continent of sorrow."