Recently, I came across a cheeky, original video by Eduard Doks, "Mein Kampf - The Triumph of Jewish Money-pulation." Eduard Docs is a Jewish Ukrainian writer, political activist and an avid investigator who serves the public with his ethical reporting.  I've been fortunate in having many honorable Jewish friends! Some of them are writers, artists, musicians, doctors, teachers, lawyers, producers and etcetera. Warning: this article is about the dishonest ones. 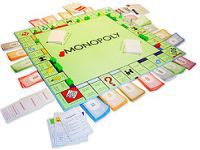 Eduard Doks pointed out that on March 11, 2015, Alexander Feldman, the leading Jewish group chairman overseeing the security of Ukrainian Jews, warned Kharkov that massive pogroms and provocations against the Jews would be ordained. He addressed his petitions towards the Ukrainian security department, complaining that many offensive signs have appeared that hint at growing aggression against Jewish citizens.

Besides naming the local radicals, he implied that neighboring Russia is sponsoring the movement. This brought chronic panic among residents. In conclusion, Eduard Doks summarized his analyses, comparing Feldman to a hapless psychopath who blames doctors for their lack of objectivity!

Previously, just a week before positioning his city on a high red alert, Feldman claimed that there's no anti-Semitism in Ukraine. He even placed it 142nd in the world among locations with no anti-Semitism, proclaiming how safe the dwellers of his region are.  All of a sudden things dramatically changed over the period of a single week. Kharkov now became the number one, dangerous anti-Semitic place, as was assessed by Feldman's campaign!

Twelve years ago, in 2003, Eduard Doks shockingly observed that the highly offensive Hitler book, "Mein Kampf," maneuvered its way into bookstores and occupied the souvenir kiosks on every corner in Kharkov. It was massively printed in a million copies that flooded the market - and not only in Ukraine.  It was also smuggled into Russia, making its mark there.  Strikingly, it was published in Kharkov.

On June 16, 2005, Doks placed his article in the local Village News (Selskie Vesti), titled: "Who Wanted 'Mein Kamp' To Be Spread Out?" In his thorough investigation, he connected all the dots and uncovered that Alexander Feldman was behind this sting.

While Feldman was publicly "fighting" international anti-Semitism, he made a fortune on the filthy Nazi literature, which is forbidden in many European countries, including Russia and Israel. Nothing is sacred for this Jewish activist! As some skunks may say: 'money doesn't stink.'  No pun was intended.

After being caught red-handed, Feldman feverishly denied his involvement and demanded a public apology from the paper that published that damning revelation about his profitable geschäft, plus a half million grivnas for damages. He threatened to sue the paper and close it down for defamation.

In response, on October 7, 2005, Doks wrote another article with a catchy title: "Who did request for 'Mein Kampf, ' to be published?" Doks made it clear to Feldman - Doks will be in charge for his own actions, not the paper. He demanded that all questions in regards to his articles be addressed directly to him.

At that time Feldman represented the cultured Fund of Jewish minority. In 2006, the Village News in Kharkov was awarded a special medal for excellence. Feldman sent another letter congratulating the paper for the highest level of National award.

Yet, a week later he submitted a new lawsuit against the Village News. By now his rank magically rose to deputy of the Verkhovna Rada of Ukraine, vice-president of the International Council of Jewish Parliamentarians of the world (from the CIS and Eurasia) and the President of the Jewish Fund of Ukraine and also as a person who claims the modern world has faced the threat of global conflict and instability!

Imagine, a bold scandalmonger himself oversees the conflicts?

Doks didn't bend. He reached out to Feldman with three requests: to deal with him personally, leave the paper alone and meet him in the public court.

Feldman didn't show up in the court neither in the first round, nor in the second, or third. Feldman knew that his opponent was equipped with every piece of evidence linking him to his direct involvement in the publication of Hitler's "Mein Kampf".  Thus, he silently admitted that he was behind the distribution of a disturbing, rotten, and anti-Semitic material!

The sickening accusation didn't stop Feldman from publishing his own opus a few months later with the association of Cultural Jewish Society. It was called "The New anti-Semitic Waves in Ukraine."

Was it the original agenda of the Cultural Jewish Society to publish and spread a forbidden book by Hitler first, then to write about the growing anti-Semitism? How cynical is it?

On the corner of the book cover, as Eduard Doks pointed it out, one can descry the menorah made out of the Ukrainian insignia.  The book was honorably introduced by the Ukrainian President, Victor Yushchenko. With his theatrical tirades he swore: "There will be no more Auschwitz-camps in my lifetime, and not a single Jew will ever live in danger as long as I am a President!" His PR stand was astonishing!

To end this anti-Semitism hysteria I should highlight, according to Doks' statements, there are 250 Ukrainian agencies on top of 250 agencies from overseas, including Israelis, the observing watchdogs to protect Jewish minorities. Anti-Semitism is treated as a trump card, a cunning weapon originated to keep the Jewish aggression unpunished!

"Mein Kampf" was flooded from Kharkov into every part of Ukraine purposely to turn the growing generation in twenty years to become Nazi inclined minds. Most Ukrainian students got brainwashed for the past twenty years and became neo-Nazis.  Think of Igore Kolomoyiskyi, a Jewish oligarch who despite being Jewish has his Nazi aspiration. He hired Nazi tattooed tags to fight the resistant army in Novorossyia. He openly sponsors battalions whose tanks adorned with the Nazi flags.  It carries banners bearing a modified swastika drawn directly from World War II German SS units. He pays them out of his own pocket!

So the seeds of homegrown anti-Semitism budded fully in 2014 when Maindan was overwhelmingly anti-Semitic, but yet led by the Semites themselves! Paradox? They shouted: "Kill Russians, Poles and Jews" during their revolutionary stand off against Yanukovich, whom they illegally overthrew. This is a new structure, called neo-Nazism, backed by Washington.

The "F-EU" Victoria Nuland, whose roots are apparently from Bessarabia, is a former Russian who is Jewish. Her infamous neocon husband, Kagan, is Jewish. The new President of Ukraine, pan Petro Poroshenko, a.k.a Valtsman, is also Jewish.

Feldman foresaw an installment of the future Jewish President of Ukraine. At one point in 2009 they groomed Vadim Rabinovich, a media magnate and leader of the Jewish community in Ukraine. In 2014 they finally elected what the International Jewish Heritage wanted. So, Europe, are you ready to embrace Ukrainian Jewish neo-Nazis and invite them into your Union? Think again!

I recently learned that Nancy Spielberg wrote, "Elusive Justice: The Search for Nazi War Criminals" and "Above and Beyond." Sounds intriguing.

Perhaps Nancy, the sister of a celebrated director best known for his outstanding motion picture "SCHINDLER'S LIST," Steven Spielberg, should begin her hunt in Ukraine?

Since 2014, the neo-Nazis massacred many children and innocent people! They destroyed churches, homes and infrastructure in Novorossyia. The dimwits now openly glamorize Joseph Goebbels, presenting new awards to Ukrainians media propagandists featuring Goebbels's statue in the company of two pigs.

Speaking of it, in 1933 Goebbels commemorated the transfer agreement between the Zionist party and the Nazis with a coin displaying a swastika on one side and the Star of David on the other. What a farce! The historians recognize, that Hitler himself was part Jewish! Provoking rumors about the anti-Semitism ­- 'much ado about nothing!'