Indiana: The state built on hate 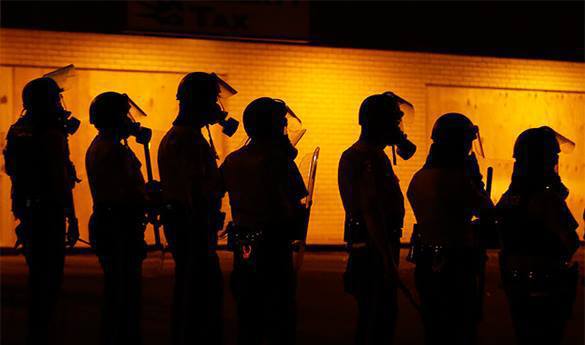 "Send in the Clowns"-so the song title goes.  Well, that's no problem for the State of Indiana, where, every year, a mélange of wingnuts, demagogues, and opportunists looking to schmooze with lobbyists gather in the "Big Top" of Indianapolis to engage in the buffoonery they call "lawmaking."

I have written about the idiocy of Indiana politics and politicians in several Pravda.Ru articles over the years, such as Boycott Indiana (January 11, 2012), The Ku Klux Klan Once Again Controls Indiana (November 12, 2012), and Pence and Bosma: The New D.C. Stephensons (February 10, 2014).

Naturally, some readers might question why I often focus on the cesspool unofficially, but accurately, called America's "Northernmost Southern State."  The answer, quite simply, is because Indiana makes such a good bad example.  It is a Petri Dish combining the virus of Koch brother style corruption with the plague of pseudo-Christianity.

In these articles I talked about these despicable events from Indiana's sordid past: When its 1851 Constitution barred African-Americans from settling in the state; when, during the 1920s, Ku Klux Klan leader D.C. Stephenson controlled the Republican political apparatus in Indiana, and how one-third of all white males in the state were members of this group; and when, in 1930, two African-American men, Thomas Shipp and Abram Smith were the victims of a highly publicized lynching in Marion, Indiana.

But I discussed sordid recent events as well:  How Indiana's former governor Mitch Daniels "fast-tracked" an anti-labor "Right-to-Work" law through the Indiana Legislature prior to Indianapolis hosting the Super Bowl; how the political corruption legalized by the United States Supreme Court in its Citizens United ruling resulted in Republican "super-majorities" in both the Indiana House and Senate; and how Indiana's current governor, Mike Pence, and its Speaker of the House, Brian Bosma, rabidly tried to amend Indiana's Constitution to ban same-sex marriages.

But even I was surprised at how rapidly the issues and concerns I expressed in these articles coalesced into the abject hypocrisy and blatant discrimination endorsed by the passage of Indiana's newest law:  the disingenuously named "Religious Freedom Restoration Act (RFRA)."

While it is repugnant enough that RFRA sanctions discrimination under the guise of religion, what makes the sponsors of this law particularly hypocritical is that many of them also supported the passage of Indiana's "Right-to-Work" law.

One of the primary arguments given for the "necessity" of "Right-to-Work" laws is they create jobs by attracting businesses into a state.  But RFRA has exposed in Indiana (and subsequently in Michigan and Wisconsin) how the Citizens United ruling is the true motivation behind "Right-to-Work."

Citizens United states that plutocrats, corporations, and labor unions can now spend unlimited amounts of money promoting political candidates and issues.  Since "Right-to-Work" detrimentally impacts the ability of unions to collect dues, it also affects their ability to support candidates or promote laws that favor labor, thus making the plutocratic and corporate voices the most financially powerful voices in the political arena.

Indiana's RFRA law unequivocally dismantles this "job creation" argument.  Both prior to and immediately after Pence signed RFRA into law, numerous businesses and organizations expressed doubts about doing business in Indiana again.  The NCAA said RFRA could affect its holding of "future events" in the state; Salesforce CEO Marc Benioff canceled "all programs that require [Salesforce] customers/employees to travel to Indiana to face discrimination"; Gen-Con LLC, whose hobby games convention often generates more than $50 million in revenue for its sponsoring state, announced that the company's support of "a diverse attendee base . . . will factor into [its] decision-making on hosting the convention in the State of Indiana in future years"; an Indianapolis based religious group, the Disciples of Christ, is considering a boycott of Indiana; and several prominent Indiana businesses, like Cummins and Eli Lilly, opposed the passage of RFRA.

Clearly Indiana lawmakers, and its governor, are not concerned about the economic needs and interests of those they govern.  With the voice of labor silenced by "Right-to-Work," and with the corporate voice ignored by the passage of RFRA, it is evident that the omnipotent voice in Indiana is the voice of right-wing plutocrats and pseudo-Christians.

As I said in the closing paragraphs of my Stephenson article:  "It is not hyperbole to state that Pence and Bosma are Indiana's new D.C. Stephensons, because they not only share his attributes of mendacity, bigotry, and hypocrisy, they, like Stephenson, endeavor to conceal their true natures behind facades of patriotism and religion. . . .  When untainted, patriotism and religion can be noble virtues.  But when placed in the hands of manipulative, self-serving politicians they can become ugly vices.  History has repeatedly shown that people willing to exploit religion and patriotism cannot simply be dismissed as nuisances, because their willingness to sink to any depths to achieve their goals makes them extremely dangerous."

At the end of the day, RFRA is not just a license to discriminate.  As vile as this reality is, RFRA is also about the shameless duplicity of politicians who pass anti-labor legislation on the pretense of bringing jobs into a state, only to later pass legislation that drives jobs and revenue from a state.  They may be clowns, but nobody's laughing anymore.