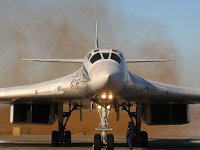 "Defense Contractor" is no longer a valid term for US weapons makers.

References to the "military industrial complex" are agonizingly silly particularly since the man who coined the term --President Dwight Eisenhower--was as ruthless as his CIA director John Foster Dulles. According to the Miller Center at the University of Virginia, defense spending never fell below 50 percent of the US budget during Eisenhower's presidency. In fact, he increased spending on nuclear weapons. And it gets worse:  "During his first year in office, Eisenhower authorized the CIA to deal with... Iran that had begun during Truman's presidency. In August 1953, the CIA helped overthrow [Iran's] government and restore the shah's power. In the aftermath of this covert action, new arrangements gave U.S. corporations an equal share with the British in the Iranian oil industry. He relied frequently on covert action to avoid having to take public responsibility for controversial interventions... CIA tactics were sometimes unsavory, as they included bribes, subversion, and even assassination attempts. But Eisenhower authorized those actions, even as he maintained plausible deniability, that is, carefully concealing all evidence of U.S. involvement so that he could deny any responsibility for what had happened...A year later, the CIA helped overthrow the elected government of Guatemala..."

So diverse in expertise ranging from intelligence, surveillance, reconnaissance, energy management, nuclear power, space launch systems and health care solutions it is futile to maintain the illusion that American defense contractors build only killing machines. The evidence clearly shows that these companies straddle the commercial and government divide; hence, it is more appropriate to term them Multi-Service Contractors (MSC's). So critical is war preparation and making for advances in US information and health care technologies that the MSC's actually have an advantage over many private corporations unable to transfer battlefield innovations into useful technology products that can be used by, say, hospitals and insurance companies.

That is why Lockheed can unabashedly claim that tracking patient and healthcare data is like tracking a missile, "Lockheed Martin's Health and Life Sciences division offers products for genomics, patient big data tracking and analysis, and sepsis monitoring. According to Lockheed's website, " Using analytical technology developed to detect launched missiles, Lockheed Martin has discovered a way to identify sepsis, a potentially fatal blood condition, between 14 to 16 hours earlier than physicians currently do. The solution requires looking at the human body's data the same way you would collect sensor data from a missile traveling at mach speed - as continuously changing signals. Initial trials indicate Lockheed Martin's solution detects Sepsis, a leading cause of death in the U.S., faster and more accurately than current industry-accepted methods."

The kill/pacify chain is now invoked not to signify the process to kill, capture of pacify an individual or collective human enemy, it is to describe a process to identify, terminate or manage the disease/illness within an individual patient or a group of patients. Find, fix, track, target, engage, assess. Deadly microorganisms are now as evil as the Islamic State terrorists.

So Lockheed Martin and Northrop Grumman have made nearly complete their transition to bona fide national health care providers. The makers of the F-35 and Unmanned Aerial Vehicles like Global Hawk and X47-B UCAS are now defending the health and wellness of the American civilian population. So, in a sense, it's a homeland security mission: what could be worse for national security than a sickly American public, particularly one that needs to be fit to fight the war on terror and potentially Russia and China.

As Northrop Grumman puts it, "Northrop Grumman sustains the essential functions of population health with reliable and responsive technologies. We embrace the health protection mission across domestic and global customer partnerships, and are committed to strengthening their response to challenges. Years of experience in public health help drive the quality of our population health solutions and services - which enable the characterization of population health risks, projected health costs and potential savings.  The systems we support have been pivotal in every major health-related event in recent years - from natural disasters like Hurricane Katrina to disease outbreaks like H1N1."

But it is not just the behemoths of the American defense industrial base that have found profits in the health services and medical support industry, it's comparatively smaller defense contractors like Blue Canopy LLC-- that serves the US Defense Intelligence Agency and "other classified" customers along with a small slate of commercial enterprises--that have become, like the giants of defense contracting, legitimate players in the health care industry.

Visit http://oig.hhs.gov/oei/reports/oei-03-14-00231.pdf: "An Overview of 60 Contracts..." and perform web searches on the contractors listed in the report by the inspector general at the Department of Health and Human Services. Defense contractors figure prominently.

And there should be no surprise at these developments. America is a nation at war, still operating under the 911 state of emergency. The prime mover behind the creation of the US Constitution, former American president James Madison said this, "Of all the enemies to public liberty war is, perhaps, the most to be dreaded, because it comprises and develops the germ of every other. War is the parent of armies; from these proceed debts and taxes; and armies, and debts, and taxes are the known instruments for bringing the many under the domination of the few. In war, too, the discretionary power of the Executive is extended; its influence in dealing out offices, honors, and emoluments is multiplied; and all the means of seducing the minds, are added to those of subduing the force, of the people. The same malignant aspect in republicanism may be traced in the inequality of fortunes, and the opportunities of fraud, growing out of a state of war, and in the degeneracy of manners and of morals engendered by both. No nation could preserve its freedom in the midst of continual warfare."

On that note do yourself a favor and purchase Michael Glennon's National Security and Double Government. The book by the Tufts University professor is an excellent piece of sober scholarship. As Glennon states in the work, " The public believes that constitutionally established institutions control national security policy--but that view is mistaken."

So the next time you find yourself in the hospital or under treatment by a physician, thank your lucky stars for perpetual war and the efforts of America's MSC's.