Our languages, our heritage, our culture

Lose a language, lose a culture and a collective history. Lose thousands of languages, and the world's wonderful cultural diversity becomes impoverished. This is precisely what is happening - globalization has played its part in placing under threat around half of the world's current seven thousand languages. For UNESCO, the loss of a language goes deeper: "Opportunities, traditions, memory, unique modes of thinking and expression - valuable resources for ensuring a better future - are also lost". 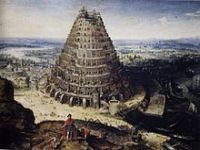 Saturday February 21 was International Mother Language Day, observed since 1999 and named after the same day in 1952 when demonstrators calling for Bangla to be accepted as a second official language in Pakistan, alongside Urdu, were attacked and murdered by the police.

The dangers of cultural impoverishment

According to UNESCO, around half of the seven thousand languages currently spoken will die out before the end of the century. 96 per cent of these languages are spoken by only 44 per cent of the world's population - some of them by a few dozen people, others by fewer than ten and a few, by only one person. To demonstrate the fragility of these languages, fewer than one hundred languages are used digitally and only a few hundred are taught in education systems.

Around 230 languages have become extinct since 1950, these languages representing unique cultures and holding the secrets of the history of a people. The UNESCO Language Atlas aims to support languages at risk. The latest edition of the Atlas dates from 2010 and is available in English, French and Spanish. It shows around 2,500 languages of the existing 6,000 and lends credence to the generally accepted notion that around half of these - namely, 3,000 - are endangered.

The Atlas categorizes languages as safe (57% of the total, spoken by all generations; intergenerational transmission is uninterrupted); vulnerable (10% - most children speak the language, but it may be restricted to certain domains (e.g., home); definitely endangered (11% - children no longer learn the language as mother tongue in the home); severely endangered (9% - spoken by grandparents and older generations; while the parent generation may understand it, they do not speak it to children or among themselves); critically endangered (10% - the youngest speakers are grandparents and older, and they speak the language partially and infrequently); extinct (no speakers alive).

Around 200 languages worldwide are spoken by fewer than ten people, these being part of the 43% of the world's languages that are endangered. Top of the list is India, with 198 endangered languages, followed by the United States of America (191) and Brazil (190).

There are now 2,473 languages in danger, according to UNESCO, which classifies the loss of a language as follows: "A lost language is not only lost cultural heritage, it is also lost traditional knowledge, such as precious knowledge about medicinal herbs or local species or environment. Thus, with each language that disappears, humanity is impoverished in manifold ways".

For Elena Bokova, UNESCO Director-General, "Every girl and boy, every woman and man must have the tools to participate fully in the lives of their societies - this is a basic human right and it is a force for the sustainability of all development." Education in the mother tongue is for Ms. Bokova "an essential part" in achieving this goal.

UNESCO states that to implement the project and reverse the trend of dying languages, it will be necessary to implement revision of academic programmes and to create learning environments, including teacher training. Currently, 2.3 billion people, or forty per cent of the world's population, do not have access to education in their mother tongue.

The United Nations Organization has launched the initiative "Many languages, one world", to help highlight the importance of linguistic diversity, in which higher education students are asked to write an essay on the role of Multilingualism in a globalized world in one of the UNO's six official languages: Arabic, Mandarin Chinese, English, French, Russian and Spanish. The essays are to be written in a language different from the language in use in their institution.

Ned Maddrell was from the Isle of Man in the British Isles. When he discovered he was the last surviving speaker of Manx, he took part in recording all he knew for later generations to be able to revive this ancient Celtic tongue. Other examples of revived languages are Livonian (Latvia), Yahgan (Chile), Hebrew (Israel), Welsh (Wales), Breton (France), Catalan (Spain), Andoa (Ecuador).

On a trip to Luanda, I encountered a group of students from Southern Angola, where Umbundu is spoken. Addressing the group, I asked, in Umbundo: "Nhe ókaci lokulinga vepuluvi lilo?" (What are you doing right now?) There was a moment's silence, then raucous laughter as they replied, in Portuguese: "Isso é a língua dos velhos! Não leva a parte nenhuma!" (This is the language of the elderly. It doesn't get you anywhere).

That is exactly what happened to Manx in the nineteenth century. The loss of a language is an irrecoverable cultural tragedy.